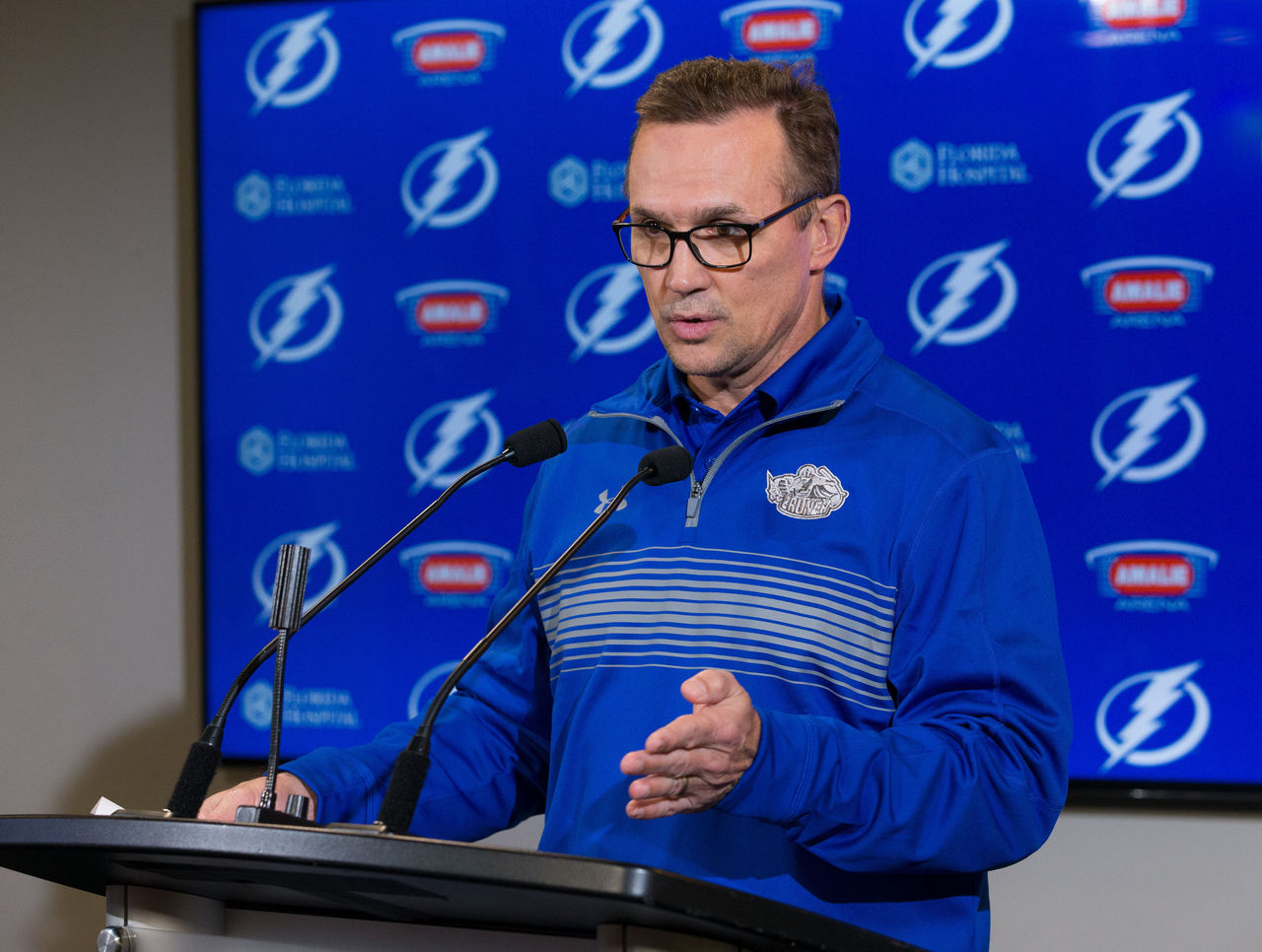 Late Thursday afternoon, General Manager Steve Yzerman executed one of the boldest maneuvers of his seven-year tenure as head of hockey operations for the Tampa Bay Lightning. In a rare inter-division trade consummated with the Montreal Canadiens, Yzerman agreed to part ways with the player he selected third overall in the 2013 Entry Draft; Jonathan Drouin. In exchange, the Lightning would receive prized defense prospect Mikhail Sergachev and a conditional 2018 draft choice.

After several tumultuous campaigns in Tampa Bay and a less-than-ideal public relationship between player and team, Drouin broke through in 2016-17 with the most productive season of his NHL career. Accumulating 21 goals and 53 points in 73 appearances, Drouin established himself as a bonafide top-six forward. More importantly, he displayed the type of elite offensive talent that could soon result in point-per-game level production. By most accounts, Drouin was and is standing on the verge of superstardom.

While there are certainly a number of variables that factored into Yzerman’s decision to part with one of his organization’s most valuable assets, the clearest reasoning behind this trade appears to be position. In the modern-day NHL, a puck-moving defenseman capable of carrying twenty or more minutes a night is the most valuable asset a team can own. Outside of Victor Hedman (26) and Anton Stralman (30), the Lightning’ defense corps is bereft of young top-four defenders. Additionally, with their most well-regarded defense prospect, Slater Koekkoek, having failed to establish himself enough to earn protection from the Vegas Expansion Draft, the Lightning were faced with a clear need to replenish their back-end with youth and skill. Enter: Mikhail Sergachev.

The ninth overall pick in the 2016 NHL draft, Sergachev is an 18-year-old Russian-born defenseman and the newest member of the Tampa Bay Lightning. While there were conditional 2018 draft considerations exchanged that could favor the Bolts, the deal was essentially a Drouin-for-Sergachev swap. Now, according to most in the NHL scouting community, Sergachev is among the most talented blue line prospects in all of hockey. Standing in at an impressive 6-foot-3 and 190 pounds at just 18-years-old, Sergachev has the frame to develop into a true physical force on the Tampa Bay defense. He is described as a versatile two-way puck-mover with top-pair upside. Also worth noting is the tenacious attitude and edge he is said to play with, perhaps indicating his potential as a tone-setting player and future locker room leader.

In an ideal world, the Lightning would have been able to acquire a promising young defender without having to surrender Drouin, one of their most prized assets. However, the trade market for youthful defensemen with upside has been extraordinarily expensive over the past couple of seasons. As reported by TSN guru Bob McKenzie, the Bolts were simply not going to land a defenseman of Sergachev’s caliber with a trade of Tyler Johnson.

…and TB gets the young defenceman it has been looking for. Trading Tyler Johnson wouldn't get them a Sergachev. It had to be Drouin.

Teams in search of quality blueliners under the age of 25 have been forced into paying highly egregious prices to acquire their services. It was around this time last year that the Edmonton Oilers surrendered former number-one overall draft choice Taylor Hall in a deal with the Devils for solid-but-unspectacular rearguard Adam Larsson. While Sergachev has much less NHL experience than did Larsson at the time of his trade, he projects as a higher-ceiling player and potential top-pair defender.

In executing a deal like this, Yzerman has taken a giant swing for the fences. If he’s wrong, he’ll have to live with Drouin becoming a key part of one of the team’s strongest division rivals. But if he’s right, he’ll have delivered a potential partner-in-crime and eventual heir-apparent to Victor Hedman on the Tampa Bay blueline.