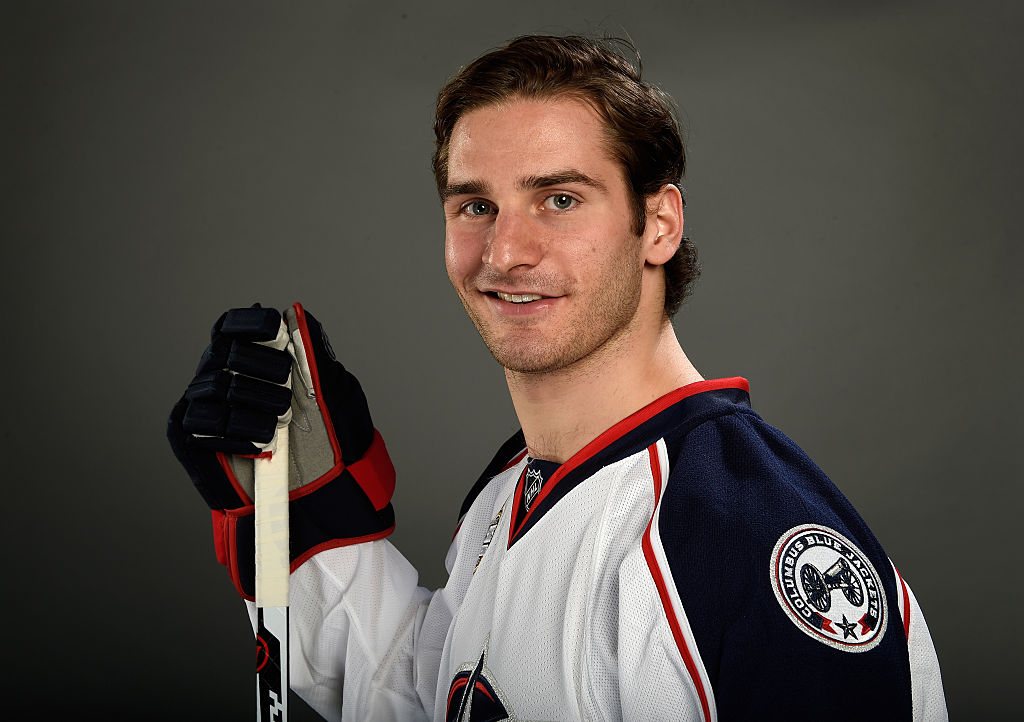 Two important things: first, don’t let the words he chooses for each style’s title be the only understanding of each type that you have. If you haven’t already read Ryan’s work, we highly recommend doing so. Second, look at each player’s shape as a measure against each axis. The total area doesn’t matter, rather, what matters is how strong they are (how much farther out in the wheel) on each measure.

For each side of the ice, we’ve also picked two players (one on each extreme of a good to not-so-good scale) to show as comparison for each Jackets player. For forwards, you’ll see each Jacket lined up against Sidney Crosby and Cody McLeod. And for defensemen, your comparison points are Mark Borowiecki and Victor Hedman. We’ll leave it to you to figure out who of those combinations is on the good and not-so-good side of the scales.

It’s also important to note that these visuals are based on the past two seasons of data, and that this past season’s information is still incomplete.

Coming off of a strong 31 goal campaign in 2015/16, in which he was a bright spot in an otherwise entirely forgettable season, expectations for Brandon Saad were understandably high. While he matched his 15/16 point output of 53, many saw his season as somewhat of a “disappointing” one. Maybe some were expecting a point-per-game offensive dynamo, maybe some were just expecting a small uptick in over-all production. Looking through his rate stats and usage does most of the explaining as to why his production remained relatively stagnant, while also showing how his contributions to the team in counting stats may be undervalued by some.

However, these numbers also tell a tale of why fans, management and coaching staff expecting a little bit more out of Saad are somewhat justified in their criticisms.

As shown by the Playing Style web above, Saad was in the upper echelon in virtually every passing/shooting metric tracked this season, and especially excelled in the shooting category. He can be elusive and shifty both with and without the puck, using stickwork to pry pucks loose and make plays that most other players cannot or do not make. Saad is creative, hard-working, and gets into positions with his hustle. These are incredibly positive attributes to have, but can also be a double-edged sword: When these hustle plays go south, many take this as evidence of Saad NOT hustling, or causing turnovers, or being a liability on the ice.

In reality – it’s true that Saad may turn the puck over more than some of his teammates, but that’s because he’s worked to put himself in positions to fight for control and possession of the puck that most of his teammates are not talented enough to pull off, or to even attempt. Here’s a question: would you rather have a player fighting for an extra 50 plays a season that could result in a positive offensive possession, which are battles occasionally lost, or a player who is not talented enough to be fighting for any of those extra pucks, and instead allowing the opposition to maintain possession and regroup?

Saad has a good shot and uses it frequently – of the Jackets skaters, only Cam Atkinson and Boone Jenner shot the puck at a higher clip than Saad, and no Jacket had as many individual scoring chances as Saad on the season. He benefited by playing with Alex Wennberg, a cheeky passer with a proclivity for drawing attackers to open up lanes for his linemates, but it also takes talent to get into scoring positions, and Saad was the best on the Jackets at that.

Another strength for Saad is scoring at 5v5. Check the splits between 2015/16 and 2016/17, and you’ll see where Saad has increased his offensive production:

The goals are about equal, but the assist rate improved, while the shooting percentage was not too far off, and isn’t high enough to be a concern moving forward. On a per-60 basis, his production increased from 2.05 pts/60 to 2.22 pts/60. Comparing Saad league-wide, he was one of the top even strength scorers in the entire NHL in both raw points, with his 42 points putting him 18th in the league, and in points per 60, where he finished 27th.

In other words, Brandon Saad put up raw points at 5v5 as you would expect from a mid-tier #1 forward. No, not just a 1st line forward, an honest-to-goodness #1 forward in the NHL.

Whether it was deserved or not, Saad was frequently rumoured to be a resident of coach John Tortorella’s doghouse. There were many points during the season, and even in the play-offs, where Saad was seen keeping the bench nice and warm for long stretches of time. Admittedly, for all the good Saad brings to the team, there were some consistency issues. Using arbitrary endpoints, we can discover a few of them: from November 1st to 23rd, Saad had one goal in 12 games. He had just five points in 15 January games – and just two in the first 13 of the month. A single goal in 11 February games, four goals in 16 games in March, and just one during the play-offs. Yes, he was a large part of pushing play in the right direction for almost all of these streaks, and even when not putting up numbers, there were usually shots and chances being generated, but at the end of the day, stretches like this are going to put you in rough spots with your coach.

Though Saad was only a secondary powerplay option in 2015/16, he played a considerably smaller role on the CBJ powerplay this season, and this is a major reason why his production seemed a bit lackluster. We’ve already seen that Saad’s 5v5 play was elite this season. The powerplay production, however…

Saad played nearly 34 minutes less powerplay time this season vs last, about 40 seconds per game. But his shot production on the powerplay was almost non-existent. Of the 200 NHL forwards who played at least 100 powerplay minutes this season, Saad was 189th in points per 60, 142nd in shots per 60, and 131st in attempts per 60. His raw point total more than halved – from 7+2 last season to just 1+3 in 2016/17. That said, a 5.6% powerplay shooting percentage is incredibly low when the average powerplay scores on about 18% of it’s shots.

What’s interesting is that he was not an upper-echelon powerplay producer in 2015/16, either. He played the majority of his minutes on the second unit, but still had quite a long stint up on the top line. Even still, he was 82nd (of 202) in attempts per 60, and 146th in points per 60. He went from being a marginally below average contributor, albeit one who had 7 powerplay goals, to one who almost treated the powerplay as a slightly more fun penalty kill.

Usage plays a huge role in this. The primary CBJ powerplay unit consisted of Atkinson, Wennberg, Nick Foligno, Sam Gagner, and Zach Werenski. But the second unit was generally a mish-mash of Saad, plus a rotating cast featuring Jenner, Brandon Dubinsky, Scott Hartnell, Seth Jones, Ryan Murray and, later on in the season, Oliver Bjorkstrand. Hard to really get anything going when a) you’re “the other guys” and don’t get the same focus as the main unit, and b) you don’t have a consistent base of players to play with or work off of.

The second unit? They averaged just 25 offensive zone draws per 60 minutes (and 37 total draws), a much less sexy 67.8% offensive zone face-off rate, meaning that 32.1% of their draws started outside of the offensive zone. Yes, even with these splits, they’re in an incredibly favourable offensive position, but they were put in a much less advantageous situation than their top unit counterparts, and the production greatly suffered for it.

As I’ve explained in the “strengths” portion, the turnovers are overblown as a major issue. But that said, frequent turnovers in bad moments – say, an overtime turnover leading to a game-winne for the other team – are going to be noticed and punished, regardless of the good that comes along with them. Mixing these kinds of plays in with large stretches of below-average production will lead to bad reviews from coaches and fans alike, no matter if suffering from bad puck luck. Again, I don’t believe this is a major “flaw” in Saad’s game, but when coupled with the large stretches of scoring woes, it becomes easier to understand why he would be benched for a period here or there, or rumoured to be facing a healthy scratching.

There are a lot of factors in play which could influence how Brandon Saad is used in 2017/18, but pretty much everything points to him improving on his 2016/17 season and, at worst, having a similar season to this one. Should Saad be used in an increased role on the powerplay, mixing in a league-average powerplay shooting percentage, and continuing to put up points at even strength as he has the past two seasons, he should easily surpass 60 points and cement himself as a bona fide top line producer.