Who Are Derrick White and Jaron Blossomgame? 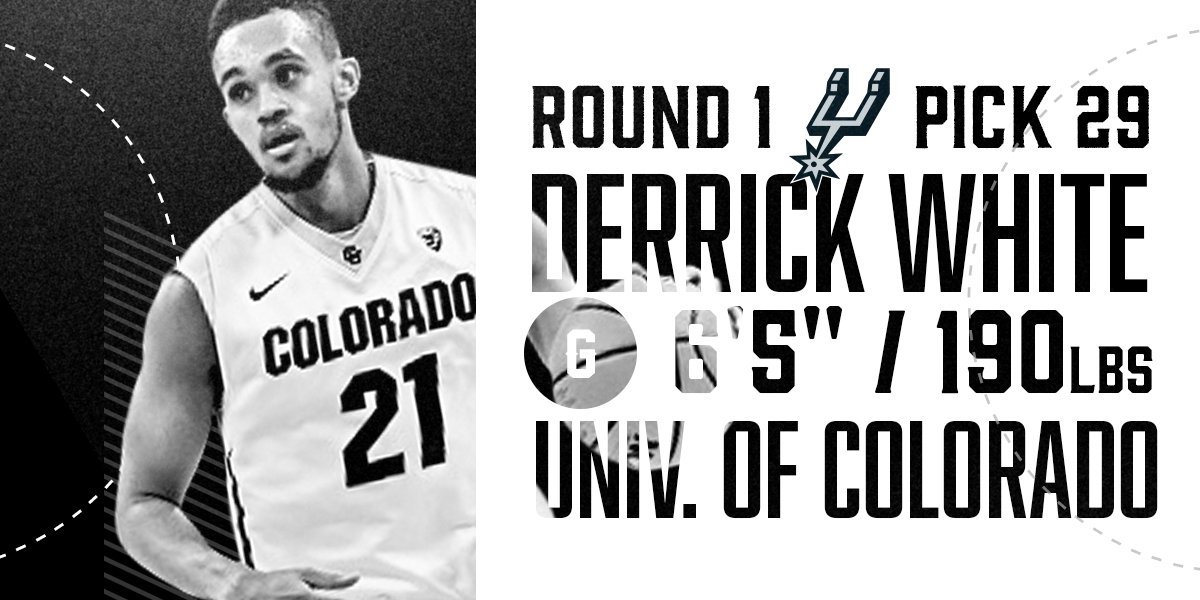 BARCLAYS CENTER – Dozens of college coaches told Derrick White was too small, and not a single four-year school offered him a scholarship. His basketball career probably would have been over if not for one D-II coach who saw enough talent to give the scrawny six footer a roster spot. Five inches taller and five years later, White has found a home in the NBA with the San Antonio Spurs.

The moment Derrick White found out he was going to be a Spurpic.twitter.com/VOo8uYzrTq

White’s late growth spurt gave him the physical tools he needed to climb all the way to a D-I program, and climb he did. The 22-year old combo guard showcased his well-rounded skill set in his only year at the D-I level, averaging 18.3 points, 4.3 assists, 4.1 rebounds, 1.2 steals and 1.4 blocks per game for the Colorado Buffaloes.

Those numbers put him in elite company, but it’s the way he put up those numbers that makes him an intriguing prospect and great organizational fit for San Antonio.

White is a cerebral player with a fantastic feel for the game. He runs the pick and roll at a high level, dissects defenses both on and off the ball, and instinctively jumps into passing lanes to grab steals. The Spurs always put an emphasis on making the right basketball play, and clearly they were impressed by White’s understanding of the game.

Part of that high basketball IQ is excellent shot selection, which helped White shoot 57% from the floor and 40% from beyond the arc in his senior season. He shoots the three well off the catch and off the dribble, and he punishes aggressive closeouts with even more aggressive drives and dunks.

Once his greatest weaknesses, his size, is now one of his biggest assets. He scans the floor better from his elevated vantage point, and slings passes over smaller defenders with his long arms. His height and wingspan allow him to play both guard positions effectively, and that versatility is incredibly valuable.

White has a rare combination of smarts, size and skill that makes him special. He seems to know exactly what he needs to do in every situation, and has the ability to execute.

Still, it was a bit of a surprise that the Spurs selected White at 29. He was projected as a mid-second round pick, and there were other guards available. The next two picks were Josh Hart from Villanova and Frank Jackson out of Duke; two great shooting guards from fantastic programs.

Only time will tell if the Spurs made the right decision to pick White over those other two, but San Antonio’s front office seems excited about their new combo guard.

"He's not only stepped up, but excelled as he's moved up the food chain."

Buford on White: "We think he can defend at a higher level."

RC said b/c White was main scorer for COL, couldn't put too much energy on D

These comments offer some insight as to why the Spurs decided to take White over the others. They value his versatility and efficiency. They expect him to play better defense because he won’t have to carry too much of the offensive load. His improbable and meteoric rise in such a short time means that his ceiling could be much higher than he’s been given credit for.

The pick also addressed a need of sorts for the Spurs. Tony Parker isn’t going to return to the court until midway through next season, and Patty Mills might leave in free agency. Dejounte Murray is the future at the point guard position, but he’s just 20 and will need a backup. Danny Green is on the trading block, and Manu Ginobili will either retire or return at 40 years old. This is the most uncertainty San Antonio has had in their backcourt in quite some time, and White provides versatile depth along with his significant upside.

The Spurs also needed to add some rebounding and rim protection, and they did just that by drafting Jaron Blossomgame with the second-to-last pick in the draft. The 6’7″ Clemson graduate is undersized as a power forward, but more than makes up for it with his 6’10” wingspan and explosive athleticism.

His game truly did blossom (I’m sorry) in his junior year, as he shot 44% from three point range en route to being named the ACC’s Most Improved Player. That percentage dropped to just 25.5% in his senior year, and I asked the new Spur what he needs to do to correct that moving forward.

“Maybe slight mechanics changes, but constant reps and working on my technique. I’m a better shooter than my numbers showed this year. I think I’m somewhere in between, maybe 35%, but I shot the ball well at the combine, shot the ball well at workouts, and actually at my Spurs workout I shot the ball really well too. I don’t think that’s that big of an area of concern, but it’s something I’m gonna continue to work on along with my ball handling.”

The same length and athleticism that makes him a dangerous roll man also allows him to rebound and defend multiple positions well. He’s a high motor player who crashes the boards aggressively and makes a lot of effort plays on defense. There are some inconsistencies to be worked on, but Blossomgame seems excited to be joining the defense-centric culture that the Spurs have built.

“I think it’s a great fit for me, obviously being a defensive oriented player, very versatile defensively. Being able to guard multiple positions just like Kawhi Leonard, he guards ones, twos, threes, fours, some fives, and I think I can bring some of the same things defensively. It’s definitely a blessing to be able to play for the Spurs.” 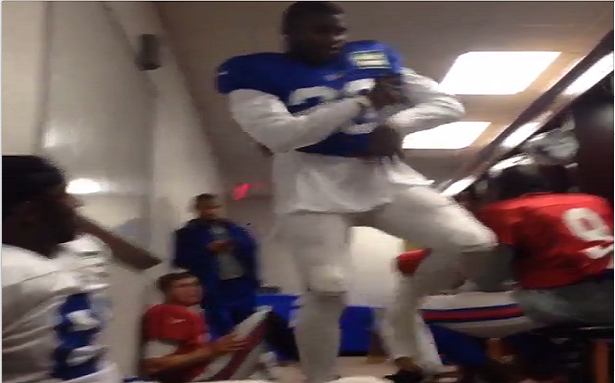 The most polarizing player on the Edmonton Oilers’ roster has agreed to a new contract with the team. Multiple reports have Kris Russell signing a...