The Edmonton Oilers have drafted RW Kirill Maksimov with the 146th overall pick in the NHL entry draft. Maksimov is a 6’2” and 192 pound forward who split last season between Saginaw and Niagara of the OHL. In 37 games with Saginaw, Maksimov posted 6-10-16, but showed massive improvement in 29 games with Niagara. With the IceDogs, he posted 15-7-22 in 29 games.

OHL Writers: Maksimov has good size but, of course, he will need to add some bulk and is still learning to use his size. His skating is good and speed is sufficient – he can challenge defenders one-on-one and can win a lot of those races. He can beat a goaltender with a variety of shots including the backhand. His release can be hard to pick up as he can get it off quickly.

Maksimov is not just a goal scorer. In my opinion, his playmaking skills are underrated in some circles. His vision is very good and he reads things quickly and can find teammates in open space or under coverage with tape-to-tape passes.

Defensively, Maksimov must put in some work even if it’s just putting in more effort. Offensively, if he can add another gear to his step and pick up the physicality, there’s no telling what his limits will be. 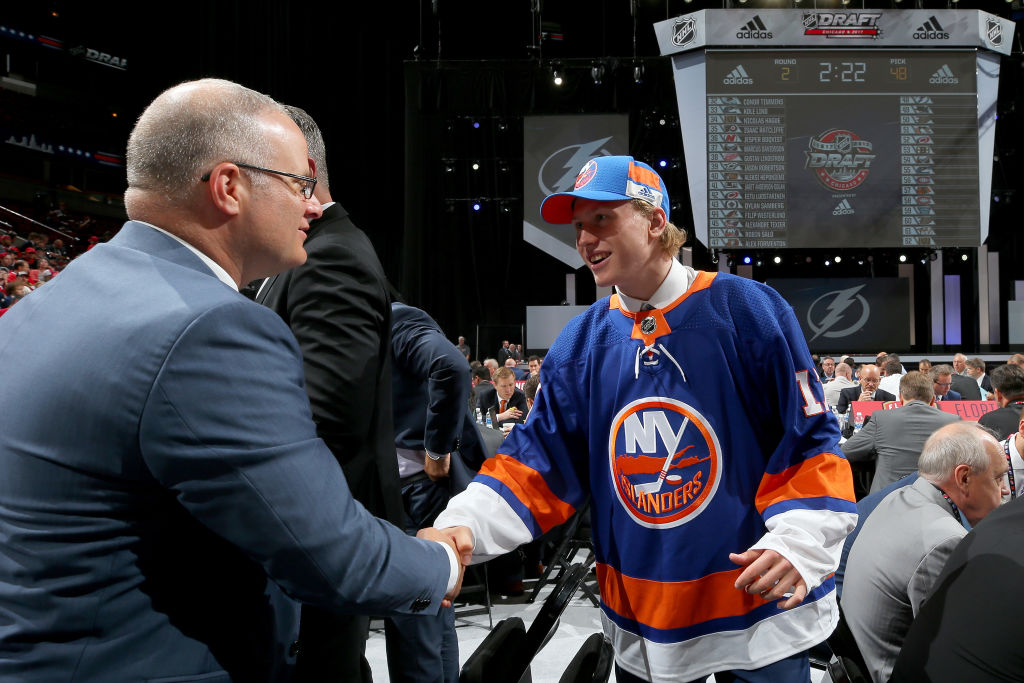 The Islanders selected defenseman Robin Salo with the 46th overall pick in the 2017 NHL draft. The selection was the team’s first pick during this...