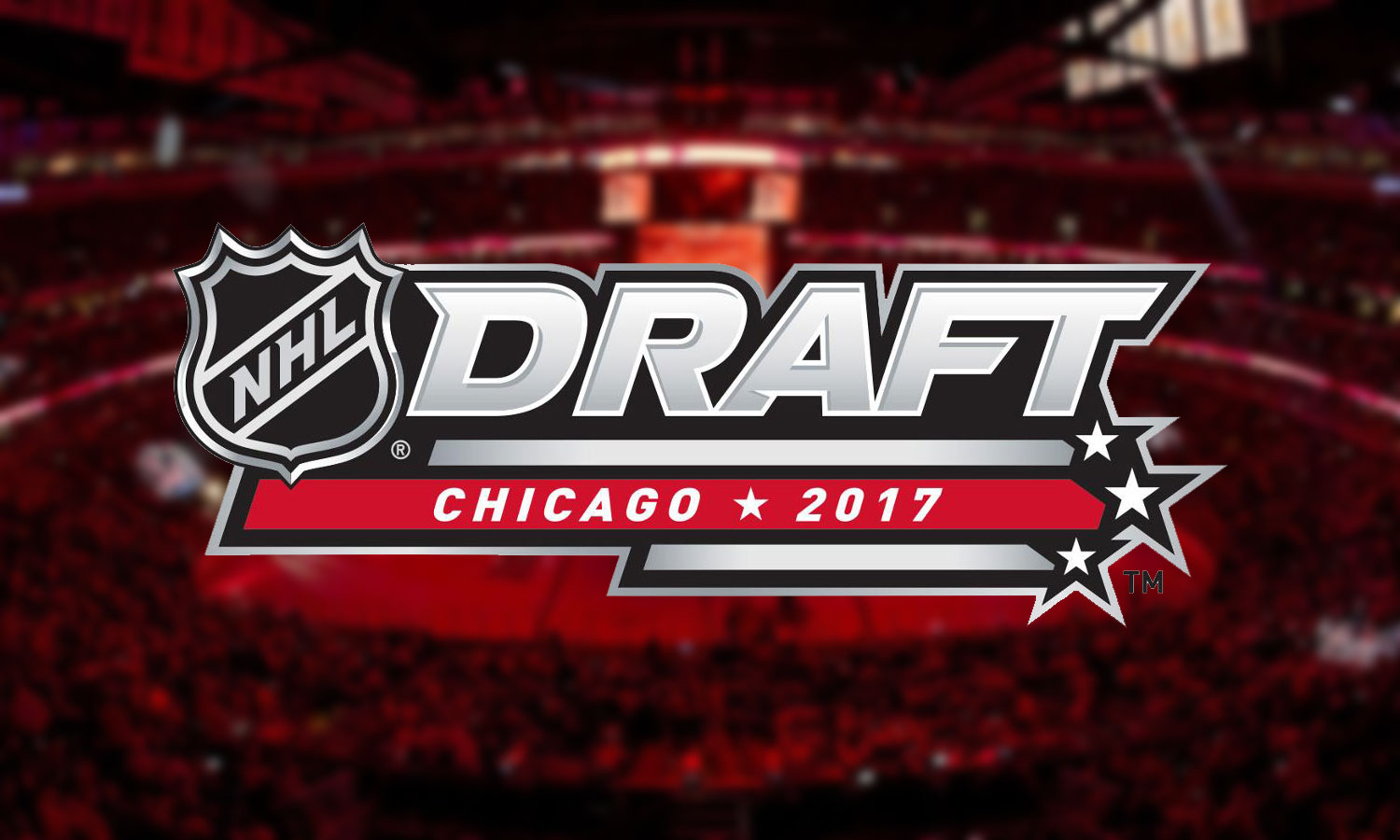 Yzerman went off the board with this pick. The 6’1”, 192 pound left shot was not ranked by any of the scouting services. Yzerman may have been able to trade down and still get Volkov, but he did fill a need for a winger.

The Bolts are deep in forwards and because of that, Yzerman could afford to take a flier on Volkov.

The 19-year-old Volkov bounced back and forth between Russian junior leagues last season. He has quick hands and above-average size (6-foot-1, 195 pounds), but he struggles with consistency on a game-by-game basis and he can disappear for long stretches of time.

Volkov was not drafted last year and played in the KHL with SKA. His contract just expired. We’ll see if he comes over right away and plays with AHL Syracuse.

CHICAGO, IL – JUNE 24: Alexei Lipanov meets with executives after being selected 76th overall by the Tampa Bay Lightning during the 2017 NHL Draft at the United Center on June 24, 2017 in Chicago, Illinois. (Photo by Bruce Bennett/Getty Images)

Future Considerations said this about Lipanov:

A very gifted and opportunistic centre…extremely fast on his skates…has “jersey flapping” speed, excellent agility and quickness that he uses in tight areas to be elusive…with a couple of quick strides, he can easily fly by the oppositions defense and take the puck to the net…has a good accurate wrist shot…can create plays out of nothing with his high-end vision and offensive instincts…creativity with the puck leads to many scoring chances…has the vision and talent to pace an attack…he makes good plays everywhere on the ice and he competes hard…uses hs speed on forechecking duties coupled with his intensity to get on the puck quickly…not a defensive minded player by any stretch but has the ability to help out when needed and covers his man consistently…does not fly the zone early like some other offensively gifted prospects would…has an excellent shot and is a hungry, determined player…very responsible centre in the Russian mold of centres…top six pro upside.

Elk River senior defenseman Nick Perbix drives to the net with the puck during the second period Saturday. Perbix scored one goal as the Elks knocked off Duluth East 4-1. Photo by Drew Herron, SportsEngine

In his senior season at Elk River, Perbix put up 10 goals and 30 assists for 40 points, all career highs. Perbix finished his high school career with 82 points (19 goals, 63 assists) in 120 games. (Tampa Bay Lightning)

At pick number 180 the Bolts selected USHL center Cole Guttman of the Dubuque Fighting Saints. He is also headed to St. Cloud State.

Cole Guttman, a member of the Los Angeles Jr. Kings’ Pacific District champion 16U AAA Major team this past season, will attend and play his NCAA Division I hockey at St. Cloud State University following his junior career.

Guttman averaged over a point a game for Dubuque of the USHL in 2016-17, notching 27 goals and 27 assists in 53 regular season games. In the playoffs, Guttman chipped in a goal and three assists in six games for the Fighting Saints.

Guttman has been named Dubuque’s captain for the upcoming season. (Tampa Bay Lightning)

With their last selection in the 2017 draft, at number 200, the Lightning drafted 18-year-old Minnesota high school center Sammy Walker, who is headed to the University of Minnesota.

Walker will return to his high school team and then attend Minnesota.

Listed at 5’9″, 135 lbs, he is a speedy forward entering his sophomore season at Edina (MN-HS). Walker had 5 goals and 9 points in 30 games last season for the Hornets, whose attempt at a 3rd straight state Class AA title ended two games short. SB Nation College Hockey’s #7 ranked freshman before the season, he was joined on that team by future Gopher Garrett Wait. (2016-17 commit Ryan Zuhlsdorf also previously played for the Hornets before heading to the USHL.) In addition to his speed, Walker is an above average playmaker.