NASCAR: Dale Jr. And Carl Edwards Comment On Running In 2018 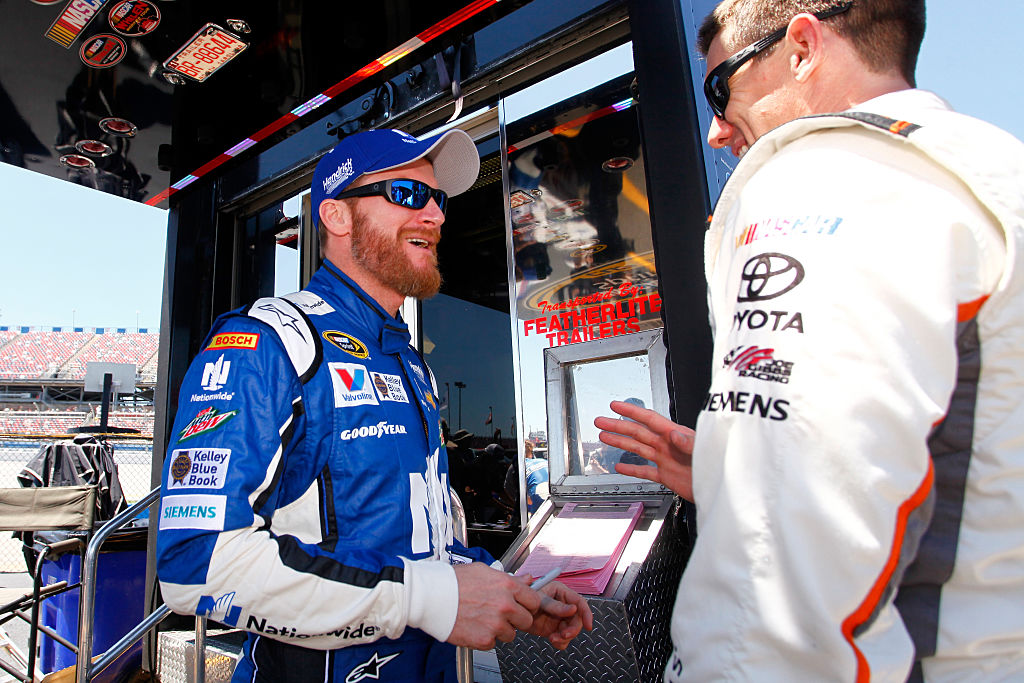 NASCAR: Dale Jr. And Carl Edwards Comment On Running In 2018

Carl Edwards walked away from NASCAR before the start of the 2017 season and Dale Earnhardt Jr. will walk away at the end of the 2017 season. However, that doesn’t mean that we won’t potentially see both of them on the track at some point in 2018.

One of the biggest questions entering the off-season in NASCAR is going to revolve around the No. 88 machine at Hendrick Motorsports, a vacancy created by Dale Earnhardt Jr.’s retirement. While rumors swirl and we wait to see where all of the dominos fall during NASCAR’s silly season, another name that is sure to come up once or twice is that of Carl Edwards. Edwards has been rumored to return in 2018 with one report linking him directly to Team Penske. However, at the time of this writing none of those rumors have been confirmed as anything more than rumors.

Heading into Sunday’s NASCAR Cup Series race in Sonoma, both Earnhardt and Edwards shined some light on what 2018 might hold for them when it comes to getting back onto the track. Earnhardt Jr. confirmed that he will be on the track in the NASCAR XFINITY Series in 2018 and he kept the door open for a Cup Series return as well during a Q&A session at Sonoma.

Well, you never say never. I’m just retiring from full-time racing. I’m going to run some XFINITY races next year. I don’t know that I won’t ever run the Daytona 500 again, if the right deal comes along. All these tracks you have memories at, all of them, Daytona included. I’m going to be coming back to these tracks, and I want to continue to be part of the sport. I don’t know how it’s going to affect me really. It’s hard for me to put that into words, because I don’t know what that is going to feel like. It will be pretty weird I think to come back to the 500. I’m going to go to the 500 whether I’ve got any work to do or not. It will be pretty weird to be there and not race.

While Earnhardt confirmed that he will indeed be on the track in 2018, Edwards went in the opposite direction. ESPN’s Bob Pockrass caught up with Edwards at Sonoma this weekend while he was fulfilling a sponsorship commitment. Pockrass confirmed that Edwards currently has no plans on returning to the track in 2018, despite rumors out there that state otherwise. In fact, Edwards himself made his intentions quite clear.

I haven’t even considered coming back.