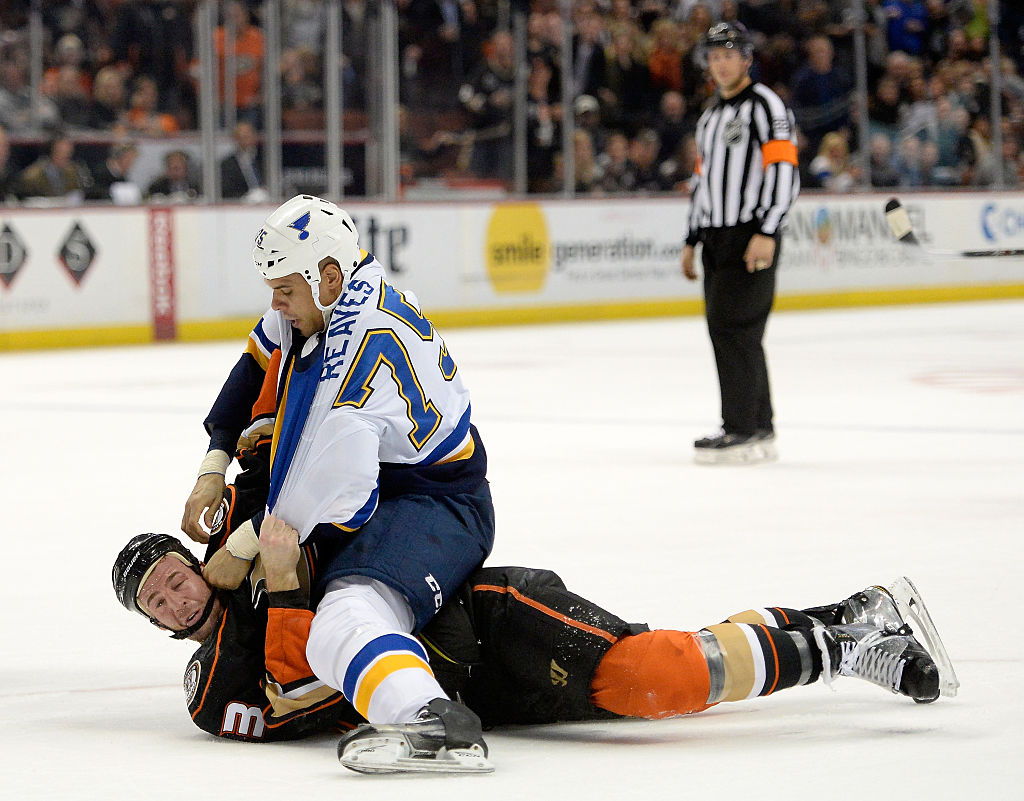 St. Louis Blues fans weren’t the only ones surprised by the return Doug Armstrong was able to get in the trade which sent Ryan Reaves to the Pittsburgh Penguins. Reaves (and the 51st overall pick) fetched the 31st overall pick (which the Blues used on exciting prospect Klim Kostin) and Oskar Sundqvist. The trade was a sad one for Blues fans, but it’s a good hockey trade for the team to make.

When asked about what he thought of the trade as the details were first being reported, Reaves said that he dismissed them as being a “bunch of garbage.”

Reaves: "First thing I saw was, 'It sounds like Reaves is going for a first-rounder.' I was like 'OK, obviously that's a bunch of garbage.'"

That’s pretty hilarious. Reaves isn’t alone in being surprised that he was swapped in a deal which included a first-round pick. That kind of return never seemed possible even though Reaves is arguably the best at what he does in the NHL. If this was a video game, it’s highly likely a “Reaves for first-rounder” trade would have been prevented by the game for being too lopsided.

The trade itself caught Reaves by surprise as he forgot it was draft day and wasn’t aware that a trade might be coming. That changed after a couple text messages.

Reaves got back-to-back texts from Army and Chris Stewart yesterday. He forgot it was draft day, but realized it and quickly went to Twitter

He was surprised to say the least, thinking of all of his teammates and friends on the Blues.

Reaves "It was a little shocking. The first thing I thought of was all the boys in St. Louis. I truly love everyone of the guys on the team"

Reaves was an awesome player in St. Louis and he’s sure to find plenty of new fans in Pittsburgh.