The Twins refuse to stay consistent 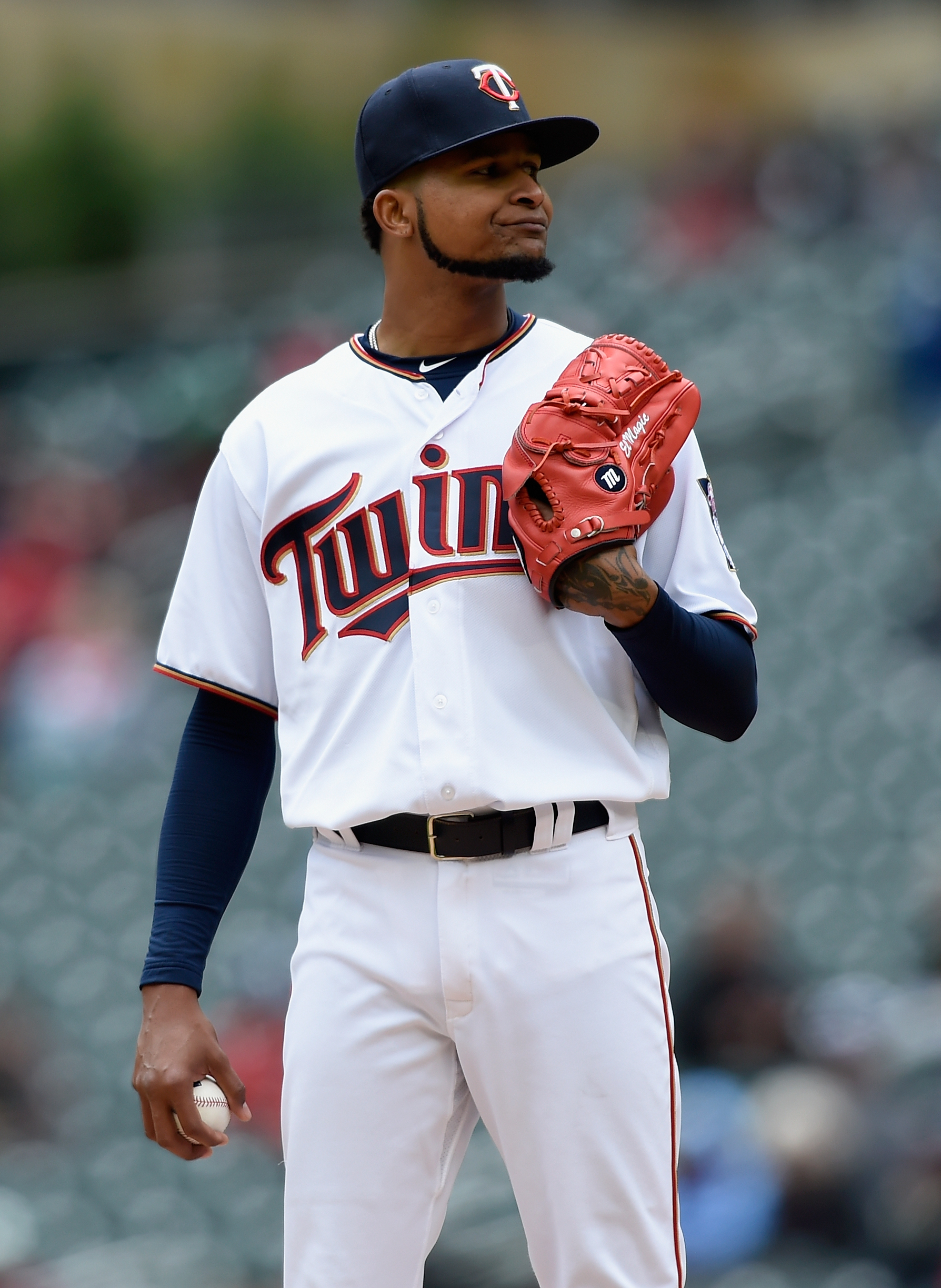 The Twins refuse to stay consistent

CLEVELAND, OH – MAY 13: Jose Berrios #17 of the Minnesota Twins celebrates after getting out the Cleveland Indians in order during the seventh inning at Progressive Field on May 13, 2017 in Cleveland, Ohio. The Twins defeated the Indians 4-1. Players are wearing pink to celebrate Mother’s Day weekend and support breast cancer awareness. (Photo by Ron Schwane/Getty Images)

Among the many remarkable things about this year’s iteration of the Twins is how they keep bouncing back after being counted out. Perhaps the remarkable thing is how willing the media and fans are willing to give up on the team whenever the hit a bit of a stumble. Old habits die hard, I suppose, and it seems more likely than not that the Twins aren’t going to end up being one of the best teams in the league at year’s end, but there is one thing that keeps the team from plummeting back to earth. The rest of the American League is awful. Make no mistake, the Twins leveraged the fact that their division was terrible, and it seems as though they are taking advantage of that again, if only to stay relevant deep into June, if not contend meaningfully for a playoff spot.

Why are they so inconsistent? Not “what are they doing well” or “why are they so bad” but rather, why are they both? How can they go from sweeping opponents on the road to looking utterly helpless all in the span of a week? The way I see it, there are two factors to this streakiness: A sharp difference between one end of the rotation and the other, and a young but talented offense.

Among the most tangible individual surprises that the Twins have had has been the remarkably hot start that Ervin Santana has put forth, dropping another scoreless 6 innings today against Cleveland. His ERA after the game sits at 2.80,  augmented in no small part by a stellar defense and timely strike outs. Then, there is Jose Berrios behind him, who has also been a revelation this year. His ERA is even lower, at 2.67 and with better peripherals. That’s an excellent 1-2 combination. At the back end, well… yikes. There have been multiple starts given to the likes of Adam Wilk, Nik Turley and Nick Tepesch, and all of those outings were about as bad as you can imagine. Those short starts strain an already shaky bullpen, and failure stacks upon additional failure. Three games into these tailspins, Ervin Santana or Jose Berrios come to the rescue, and reset the team.

In between the top and bottom of the rotation, guys like Phil Hughes, Kyle Gibson, Hector Santiago and Adalberto Mejia have been wildly inconsistent. When they pitch well, and that has happened, and especially when they pitch poorly, they’ve been boosted by an offense that can explode for a crooked number in any inning. That offense is terribly young, however, and prone to being done in by a guy with one good pitch. That is to say, while some nights the Twins can batter pitchers, there are other nights where a pitcher can strike out 10 batters in one game with no problems. Sometimes, they happen on the same night.

The Twins lineup is almost a 2 true outcome lineup. They have the potential to hit a ton of home runs this year, but they also strike out at an uncomfortably high rate. If you want the booms of this kind of lineup, you need to accept the busts from time to time.  The only thing that will fix this, maybe, is experience. Ultimately, though, the hot streaks will sustain the Twins through their moments of pitching inadequacy, especially when they jump out early, and the Twins can put up with early starter struggles.

Right now the Twins are riding a positive wave into Boston after defeating the Indians in Cleveland. They have Berrios going tomorrow night, so perhaps the momentum will continue for at least one more game.