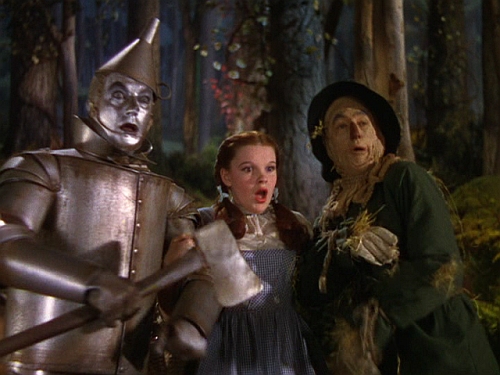 If you’re a loyal follower of the blog you know that long drawn out analysis is not my thing. While I’ll throw an in-depth article in the mix every now and then, my bread and butter are game recaps. Unfortunately, during the offseason, the only game recaps I can offer are of my daughter’s lacrosse team.

A little dad bragging time as my daughter scored 2g & won this faceoff in her first ever lacrosse game as Lady Pequa Chiefs beat Babylon 8-2 pic.twitter.com/HOFqwJ2hjJ

The closest literary device I can offer similar to my game recaps are Elliotte Friedman type “Thoughts” blog posts. I penned one a few weeks ago and it received positive reviews. So, going forward this summer that’s the format I plan on using unless there’s a large news item that deserves a stand alone blog post.

So let’s get into it.

1. Over the last week, the Rangers lost two of their top four centers in Derek Stepan and Oscar Lindberg. So how do they replace them? By drafting a Stepen/Lindberg hybrid with the #7 pick. Lias Andersson is a tenacious, two-way center with second line upside. I came away very impressed with his maturity and drive after watching this interview…

3. I tell you what, after the expansion draft, entry draft and the Stepan/Raanta trade this Rangers team looks like a Stanley Cup contender. They just need centers, defensemen and a backup goalie.

4. By freeing up $20 million in cap space by sending Stepan to Arizona and buying out Dan Girardi, the Rangers GM Jeff Gorton has basically given himself a blank canvass this offseason. Let’s just hope by training camp that canvass looks more like this: 5. So rumors have Kevin Shattenkirk wanting a 7-year, close to $7M per contract. A long term contract for a veteran, offensive defenseman? What could go wrong? 6. If the Rangers do decide to pass on Shattenkirk, there’s a significant drop in talent in the UFA defense market: Brendan Smith, Karl Azner, Cody Franson, Dmitry Kulikov and Michael Stone. Adding Smith and Franson wouldn’t be terrible, but did the Rangers really move Stepan to open cap space to bring in two 2nd tier defensemen? I doubt it.

7. One of the big reasons I was afraid of losing Raanta in the expansion draft was that Lundqvist needs to be capped at 55 games during the regular season to remain fresh for the playoffs. While Raanta escaped the clutches of the Golden Knights, now that he was traded to the Coyotes, it is imperative that Gorton finds a capable backup who’s able to handle 25-27 starts. Maybe another Antti is in the Rangers future as the Dallas Stars recently bought out Antti Niemi. If there’s one man who can resurrect Niemi’s career it’s Rangers goalie whisperer Benoit Allaire.

8. Rumors are circulating about the Rangers interest in UFA Joe Thornton who’s coming off both ACL and MCL surgery this spring. When I think of the Rangers signing an over the hill forward I immediately have early 2000s flashbacks: 9. There are a number of quality top nine centers on the open market (ie Hanzal & Gagne), but if the Rangers are looking to bring in an impact center via a trade they really don’t have the assets to get something done for a Duchene or Galchenyuk. They had them after the Stepan trade when they possessed two first round picks, but the front office decided to build for the future instead of flipping the picks to win now. It’s a similar situation on defense. Unless Gorton is willing to further decimate the forwards by moving Miller or Kreider for a top pair defenseman, I don’t see a deal forthcoming.

10. Having said all that, after the Stepan trade, Gorton said he is comfortable going into the season with Zibanejad/Hayes as his top two centers. The Dark Side also felt comfortable utilizing stormtroopers as their first line of defense and we all know how that worked out.

11. The Rangers released their Development Camp t-shirt this week:

The #NYRPDC shirt being worn this week by #NYR prospects! 👌 pic.twitter.com/Inv6LdT5Yk

Unless the Rangers upgrade at multiple positions I’d say they’re definitely not “Next” to win the Stanley Cup.

12. Hearing that noted Trump supporter and newest Rangers defenseman Anthony DeAngelo will be handing these out to his Rangers teammates on the first day of training camp: 13. The Rangers 2017-18 schedule is out and I’m sure every fan immediately researched when the Blueshirts will be in Sin City. Vegas Baby! If anyone is interested in a road trip, my friends over at We Bleed Blue are putting something together:

14. Got to love the Rangers drafting with their second first round pick a player (Filip Chytil) who is just five years older than my oldest daughter. Kill me now. Can this kid even grow a playoff beard?

15. Apparently there is a lot of interest in Dan Girardi’s services on the free agent market. As a 3rd pairing, veteran defenseman lots of teams should be interested. However, Girardi is said to be looking for a multi-year contract. If that’s the case, while I love Girardi, I’m absolutely rooting for him and his deteriorating skills to land with a Metro Division team.

17. So Beukeboom took the fall for the blown leads in the postseason? Seems fair.

18. Wait, the Rangers didn’t extend a qualifying offer to Clendening? But, but, but his Corsi.

19. Damn, the Metro Division is stocking up on big time talent. Just when you thought the Capitals and Penguins cornered the market on top tier players, the Islanders acquire Eberle, while the Blue Jackets traded for Panarin. And that’s not mentioning the Devils deal for Hall last year as well as drafting Nico Hischier #1 overall. If the Rangers want to remain competitive in this division, they need to start making moves and making them fast.

20. Having said that, maybe the Rangers front office is content sitting back and waiting for their young players to develop in the hopes of becoming competitive in two years. If that’s the case, I can’t imagine Lundqvist would be all that thrilled finishing up his career on a rebuilding team.

21. I discussed all the above and a whole lot more during an appearance on the Hockey Night New York podcast which you can listen to below. 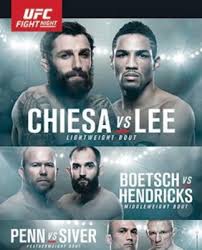 Tim Boetsch felt disrespected by his opponent Johny Hendricks for coming in overweight for their fight.  So he took out his anger in the cage,...