Should Knicks Hire Someone In Dual Coach/Executive Role? 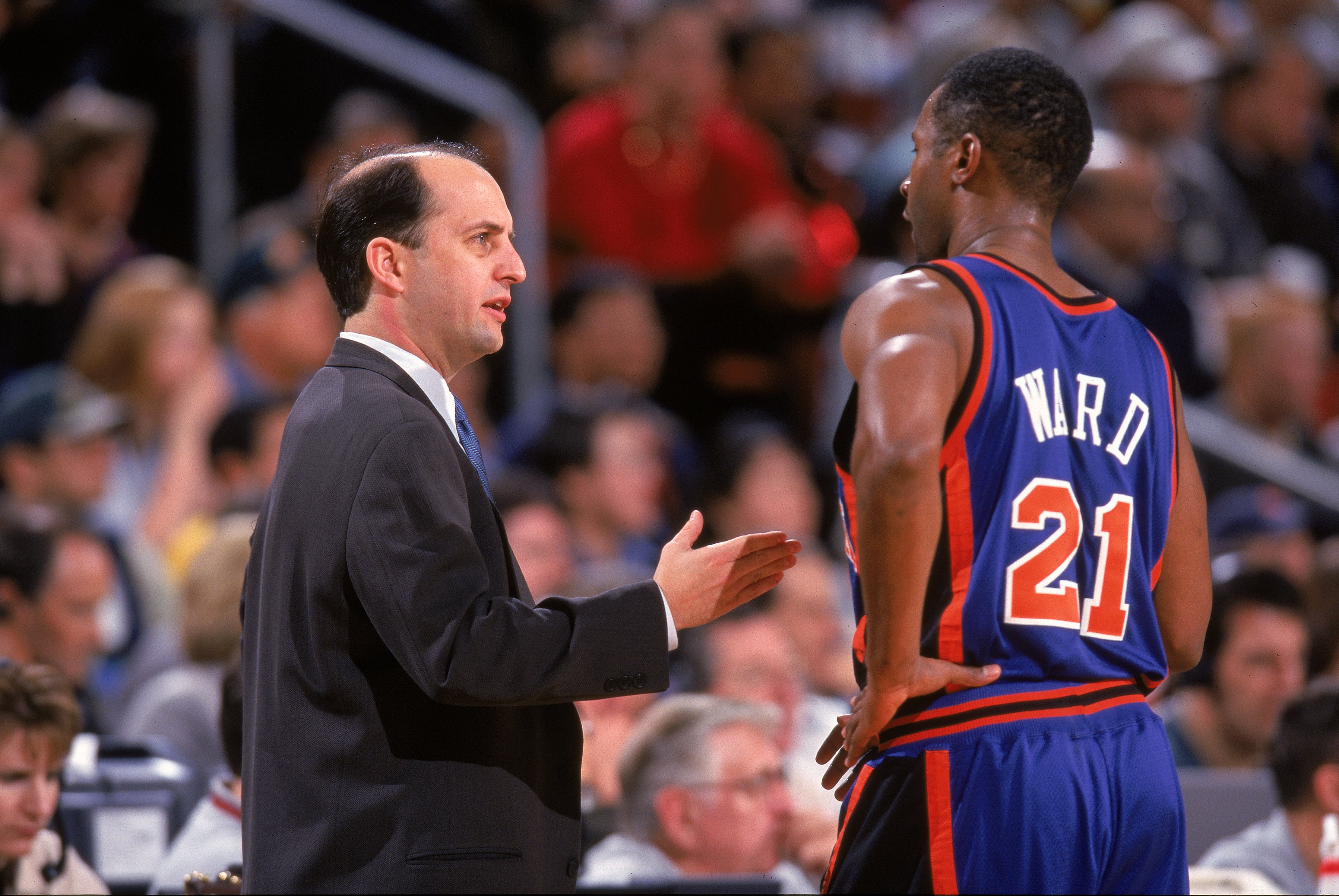 Should Knicks Hire Someone In Dual Coach/Executive Role?

There’s been so much emphasis put on the triangle offense, as it relates to Phil Jackson’s failure as an executive in New York City. Jackson didn’t fail because he wanted the Knicks to run the triangle. The reality is this: just about every NBA team runs nuances of the triangle offense. They may put their own flavor on it. They might blend it in as part of other offensive concepts to make it more effective in 2017. With a new generation of players, coaches are even smart enough to adapt and convey things differently, realizing that the communication methods should be catered to the different generations and respective individuals. Either way, the fundamentals are there.

Alas, Jackson’s failure wasn’t in his desire for New York to run the triangle offense. It fell within his inability to communicate and help his players see the value in it. The struggle began right off the bat, when Jackson was hired as President but not required to coach at the same time.

If an executive is going to insist upon certain concepts and target specific players that he himself can see excelling in a given system, he should be the one to teach it. Help the players practice what you preach. Jackson had a very specific vision and a narrow view for how to accomplish certain goals. Perhaps if he were diving down into the trenches with his players, he would have been more relatable and the group would have responded in a more positive light. It proved difficult enough for the coaches Jackson hired to carry out his vision, so the team was truly doomed from the start.

This brings up a valid question: in order to ensure a vision for success is communicated clearly and executed properly, should the Knicks consider hiring someone in a dual Coach/GM or President like role?

ESPN’s Ian Begley reports that John Calipari has reached out to New York to express interest in the position vacated by Jackson. Hiring the college coach as an executive would mean the Knicks are repeating one of their most recent mistakes. If he takes over as coach as well, however, then that would be a horse of a different color.

Right now should be Jeff Hornacek’s time to shine. Take the cuffs off the man and allow him to run the team as he sees fit, all while ensuring the front office gives him the support he needs in the form of player acquisitions. Should things not work out, firing him after year two wouldn’t be an outrageous move.

If that were to happen, it’s hard to argue that James Dolan wouldn’t hit a home run with the fans, media, and national audience alike if he were to hand the team back over to someone like Jeff Van Gundy to embrace the dual responsibilities and turn this team around. There’s unfinished business in New York and Van Gundy last came closest to helping the Knicks relive their glory days. Though JVG hasn’t coached in the NBA since 2007, he’ll be leading the Unites States’ World Cup qualifying team and is still very much embedded into the fabric of the league through broadcasting.