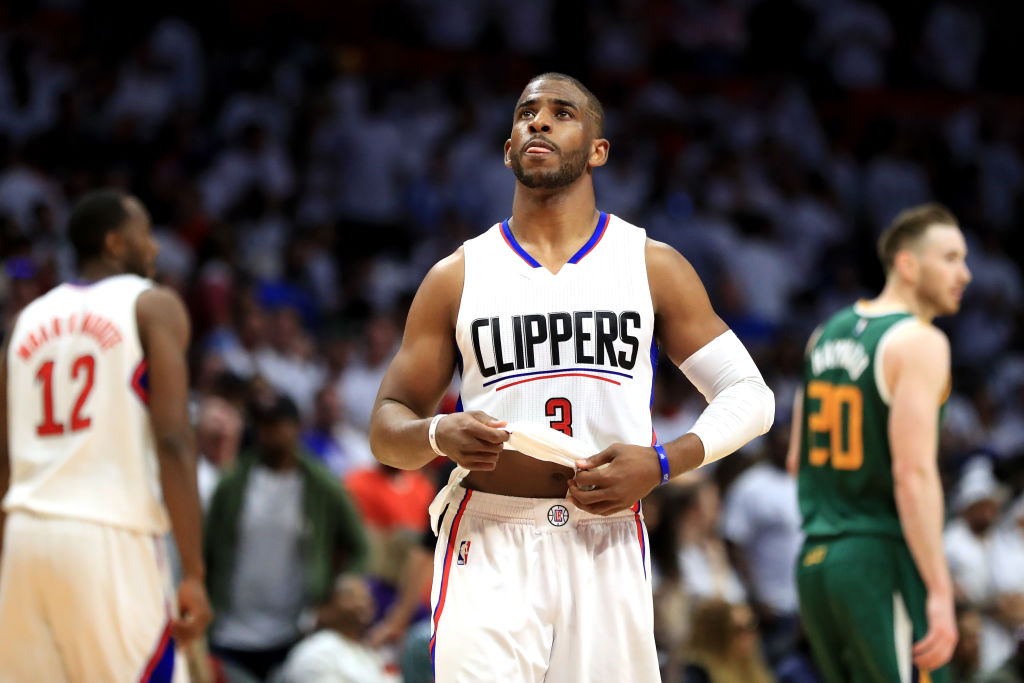 The Los Angeles Clippers said goodbye to All-Star point guard Chris Paul via a trade to the Houston Rockets for Patrick Beverly, Lou Williams, Sam Dekker, some D-League prospects and a first round pick.

L.A. did not get anywhere near market value for arguably the franchise’s best player ever. Paul averaged 18.8 points, 9.8 assists and 2.2 steals per game during his six seasons with the Clippers. The five-time All-Star led the team to the playoffs each year he was there. However, Paul forced their hand when he informed the Clippers that he intended to sign with the Rockets. Paul wants to team up with James Harden, despite the Rockets and Harden defeating them in the playoffs in 2015.

According to the Los Angeles Times, Paul’s decision was only a formality. L.A. did not want to pay Paul the five years, $205 deal he was eligible for under the new CBA. Paul had a heavy role in negotiating the new max as the president of the NBPA. He could get that in an extension with the Rockets now.

The Clippers did not want to pay Paul more than $46 million when he was age 38, due to the super max. They also did not want to lose him for nothing like the Thunder lost Kevin Durant for nothing during last year’s free agency. So they pulled the deal on a trade that made Lakers fans really happy. Purple and Gold faithful were always spiteful that the Clippers got Paul when they thought they had a deal agreed to for the former New Orleans Hornets point guard.

Who can blame the Clippers for trading Paul considering he got injured in the first round of the last two postseasons? Then again, it is always easier to say you were gonna breakup with an ex-girlfriend after she already dumped you first.

The same L.A. Times report said that Paul and fellow Clippers star Blake Griffin were over playing together. Paul also questioned the head coach and president Doc Rivers for his commitment to playing his son. Moreover, Paul is infamous for having high expectations of his teammates on the court. This rubbed the locker room wrong.

Notice, Paul’s farewell message to Clippers fans omitted his teammates, owners and coaches with the Clippers. Maybe, Paul’s move was the latest development in the Clippers’ epic curse?

Die-hard Clippers fan Clipper Darrell described it as one of the lowest times in his 20-plus years of Clipper fandom, via ESPN 710.  For me, it is kind of surreal that the Lob City era is over. It seemed unlikely that Paul and Griffin would stay together based on body language. It stings now that it is official.

Let’s not forget how fun and dynamic this team was with Paul at the point guard. He and Griffin combined for legendary games and highlights.

The real losers of the Chris Paul trade are the children of Los Angeles. #CP3 and his foundation did work for them #ThanksChris #Clippers will never be the same… the #Rockets looking nice though #regram #sportsillustrated

Either way, Paul is gone and the Clippers will have to figure out a way to keep Griffin from the same fate. That starts by moving on from Paul and selling Griffin as the franchise cornerstone. DeAndre Jordan is a unique center who compliments Griffin perfectly. The two Clippers bigs have basically grown up together. L.A. also has some quick combo guards like Austin Rivers and Jamal Crawford who can score the ball, which could keep the Clippers competitive. LAC can offer Griffin the most money too.

Is that enough to sell Griffin on the long-term future of the Clippers and their free agency hopes in 2018? The Nuggets, Spurs, Celtics and Thunder are expected to court Griffin in free agency since he is one of the biggest names on the open market.

Nonetheless, the biggest loser of this deal is the L.A. community. Say what you want about Paul’s play, but as a former intern, I witnessed the lifetime fans Paul created with his community outreach. Paul made a difference all over the greater Los Angeles area, and I am glad that he shouted out the kids in his farewell. Hopefully, he will keep helping Los Angeles’ inner city children.

Regardless, Los Angeles and the Clippers do not have much time to mourn Paul’s loss. They got to move forward and find a way to make this team competitive again.