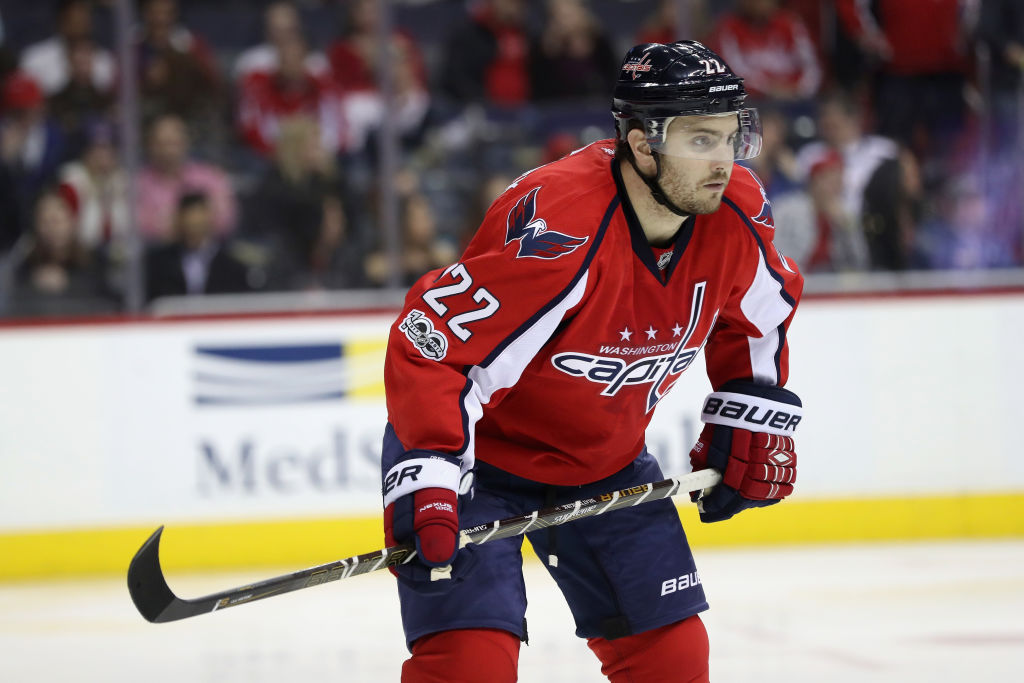 NHL free agency begins on July 1, and there are many sought-after free agents testing the waters. Before teams get the go-ahead to make signings official, they’ve been active with clearing cap space via trades and buyouts. Though the NHL is rarely predictable, some of those trades were downright surprising.

After keeping their defensive core intact during the expansion draft, the Minnesota Wild moved Marco Scandella – a star defenseman – to the Buffalo Sabres, along with Jason Pominville. In return, they picked up an undersized by skilled d-man in Tyler Ennis, and a gritty forward in Marcus Foligno.

The Wild had left Scandella unprotected during the expansion draft, hinting that they had expected to move him some time ago. However, they’d protected Pominville, which could imply that he had been a later addition to the trade whom they had not planned on moving at all. However, it is likely that Pominville was added to sweeten the pot for the Sabres, who let go two key players.

On the bright side for Minnesota, Ennis and defenseman Jared Spurgeon grew up and played together for a long time, giving an already strong defensive team even more chemistry on the blue line.

Even though the Wild’s front office has said it doesn’t expect to be active during the upcoming free agent frenzy, there are still a few players that need to be locked down, including restricted free agents Nino Niederreiter, Mikael Granlund, and the recently acquired Foligno.

It will also be interesting to see how the Wild handle Darcy Kuemper, their off-and-on backup goalie. Kuemper is an unrestricted free agent, and at 27 is only two years younger than Alex Stalock, his direct competition. Stalock’s contract and cap hit is significantly lower than Kuemper’s and it’s unlikely either would see much playing time behind Devan Dubnyk, whose contract lasts through the 2020-2021 season.

It could be time for Kuemper to move on and get a shot somewhere else, though the goalie market is a bit saturated.

No one knows that better than the Carolina Hurricanes, who found themselves with three highly capable goalies. After signing Scott Darling to a four-year contract, the ‘Canes exposed both Eddie Lack and Cam Ward in the expansion draft. Vegas selected neither.

Despite Ward being at the tail end of his career, he has been the guy in Carolina for a long time. That left Lack the odd man out; instead of buying out his contract, Carolina traded him to the Calgary Flames in return for Keegan Kanzig.

(I know. I’ve never heard of him either.)

Although they retain part of Lack’s contract for the next season, it’s less of a burden going forward, which is the entire purpose of the move. Between Darling and Ward, nearly $7.5 million in cap money is used up on goalies alone. With Lack’s entire contract, the Canes would be spending an even more exorbitant amount on three goalies when only two can play. This move makes a lot of sense, but it surely disrupted Lack’s honeymoon when he got the news.

At least he did get the news; Artemi Panarin was evidently out in rural Russia somewhere when he was traded from the Chicago Blackhawks to the Columbus Blue Jackets and couldn’t be reached for quite some time. Panarin and Tyler Motte were sent eastward in exchange for Brandon Saad and Anton Forsberg, the latter of whom has already signed a contract extension with his new team.

Saad, of course, was a Blackhawk before, and was part of their 2013 and 2015 Stanley Cup victories, before being dealt to Columbus as a casualty of Jonathan Toews’ and Patrick Kane’s ridiculous contracts.

Admittedly, I’m biased because as a Ohioan, I saw firsthand what Saad did for the Jackets and the community, and I hate the Blackhawks, but it’s hard to deny that he’ll fit back in as if he never left at all.

History repeats itself, both in Saad’s return to Chicago and the contract game. A lot of the moves that will be made over the next few days are the results of budget battles. The Edmonton Oilers are struggling with re-signing Connor McDavid (aka “Hockey Jesus”) and Leon Draisaitl, a dynamic duo who both deserve a significant raise. However, McDavid’s contract demands are rumored to be upwards of $13 million per season, and while Draisaitl’s seem to be more humble they’re still pricey, estimated at around $9 million per season.

It’s easy to see how massive contracts hurt a team’s growth and development, thanks to Chicago’s example. With so much money locked up in two players, the supporting cast that helped lead a team to success will inevitably be traded away or unable to be re-signed. Maybe those two players are more motivated to play under their lucrative deals, but they can’t carry a team on their own and therein lies the problem.

Draisaitl is currently a restricted free agent, while McDavid has one more year left on his entry-level contract. However, whatever contract Draisaitl agrees upon will impact what McDavid can successfully bargain for next year.

Given how central these two were to the Oilers’ success last season, it’s unlikely that they could price themselves out of Edmonton’s budget.

Yet for the back-to-back Stanley Cup-winning Pittsburgh Penguins, that’s exactly what’s happened with many of the depth players. Trevor Daley, Nick Bonino, and Chris Kunitz have all moved on from the Penguins – the first two with almost 100 percent certainty, and Kunitz nearly at that level – removing a top defenseman, valiant shot-blocker, and physical asset.

They certainly all deserve raises following the past two seasons. But even without Marc-Andre Fleury’s contract and the increased salary cap it appears Pittsburgh was unwilling or unable to offer that.

After all, they’ve still got Justin Schultz to re-sign, and he deserves a big increase too.

So many players had breakout years last season and found themselves in this same position, like Sam Gagner of the Columbus Blue Jackets. As well as he fitted in with Columbus, Gagner wants a bigger role moving forward, and he’s earned it.

The Colorado Avalanche’s Matt Duchene is a big name on the trading block, and teams like Columbus, Pittsburgh, and the Nashville Predators are all in contention to acquire him. Though the cost will be steep – probably a roster player, a prospect, and a pick or two – Duchene is a fast, skilled centre who would fit the system in any of these cities well.

Other big names on the market include Joe Thornton and Patrick Marleau of the San Jose Sharks, both veteran leaders. The Sharks apparently offered them both two-year contracts as a compromise, but neither has accepted yet.

On the other hand, Jaromir Jagr of the Florida Panthers claims that he has fielded no calls yet, but that’s hard to believe. Kevin Shattenkirk, Steve Mason, and Justin Williams also headline free agency.

It’s nicknamed the “Free Agent Frenzy” for a reason, and the floodgates are sure to open soon. Between trades, buyouts, and under-the-table bargains following the expansion draft, tomorrow will lift the curtain on pure chaos.