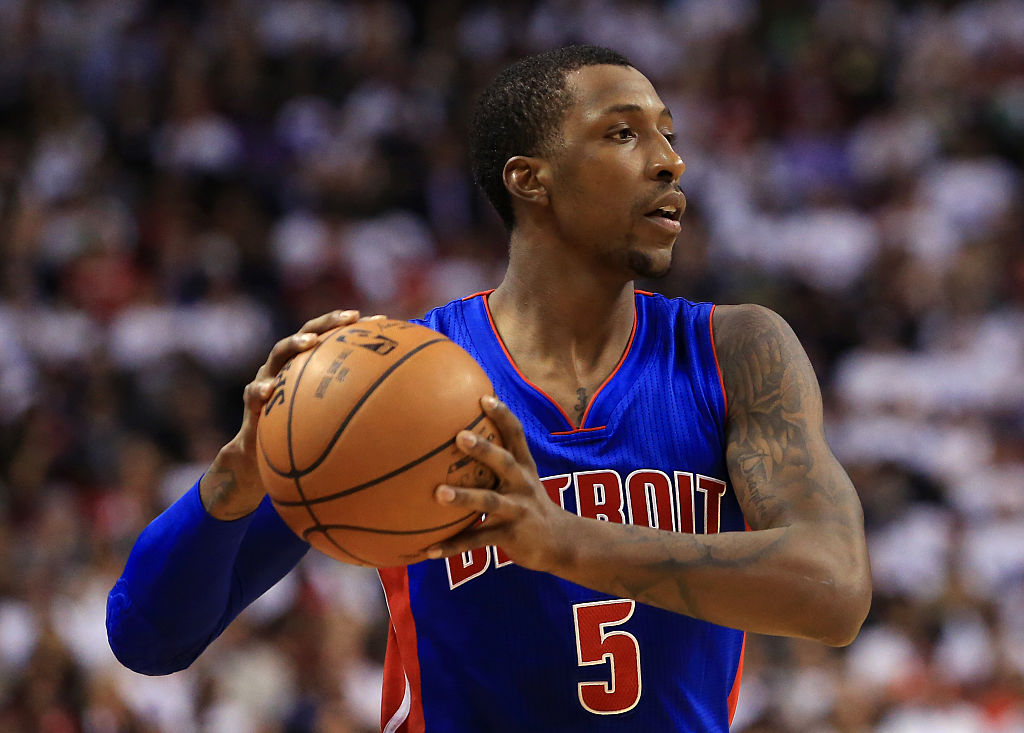 I’ve selected 28 players from the NBA’s free agent class and spread them out among the 14 non-playoff teams from 2016-17. Rest assured, none of this will come to fruition. Except for the things that obviously will. Good luck sorting that out. #thisleague

Wooed by the weather, Pat Riley’s hair, and visions of grandeur, Hayward leaves Salt Lake City saddened while passing on the chance to reunite with Brad Stevens in Boston. Gordon gives Miami a go-to scorer and fits well in coach Erik Spoelstra’s system.

The Pelicans are reportedly about to offer the big buck$ to Jrue Holiday. Meanwhile, Paul Millsap is supposedly done in Atlanta. Paul is a more realistic target who could pick up the slack for Nikola Jokic on defense while complementing him on offense. It has also been reported (by Ramona Shelburne on the Lowe Post) that New Orleans might make a run at Emmanuel Mudiay if Holiday bolts.

In this rather unlikely scenario, three of the most unselfish All-Stars in the league (Jokic, Holiday, Millsap) join forces in Denver. The Nuggets cut Mike Miller and send Mudiay and Malik Beasley to NOLA for a couple trade exceptions, clearing up a little more than $46 million in cap space. That’s still not enough dough to pay Millsap and the Holiday bros, but this group would be a joy to watch. Furthermore, the Nuggets have plenty of tradable players and assets should they need to open up more cap room.

Detroit doesn’t have much money to spend this summer, and it’s possible they’ll lose Kentavious Caldwell-Pope to a big bidder such as Brooklyn. Bogdanovic would be a decent replacement option who can space the floor and mentor rookie Luke Kennard.

After letting Ramon Sessions go, the Hornets will be looking for cheap help in the backcourt. Mack offers solid playmaking, size, and defense for a backup point, and he would fit well alongside guards Kemba Walker and Malik Monk.

It seems more and more likely that Holiday will be retained by New Orleans. However, in the event that Jrue decides to sign elsewhere, Rondo could be added on the cheap and Miles might accept the Mid-Level Exception. Rondo’s awful outside shooting makes him a questionable fit, but this iteration of the Pelicans would still be flashy and fun for fans.

It wouldn’t be wise to expect the Mavericks to accomplish much more than re-signing their own guys this offseason. Still, Casspi is an underrated wing who will fit Dallas well on offense.

The month of July would be a terrific time for Sacramento’s front office to hop into a convertible and head to the beach. The Kings are youthful, possess plenty of cap room, and should let their prospects develop while tanking for a top draft pick in 2018. Naturally, none of that happens here, as Rose steals reps from De’Aaron Fox and Gallinari keeps the Kings out of the NBA’s cellar.

Kyle Lowry would push the Timberwolves into the playoffs, but so would George Hill. Spoiler alert: Hill will take his rare blend of playmaking and 3-and-D talents to the San Antonio Spurs. But he is a Tom Thibodeua player who fits like a dad hat in Minnesota.

Speaking of Minnesota, now is a great time to go camping in the great North.You will certainly need some portable power supplies for camping to complete your journey. Be sure to stock up and be prepared before you go on your adventure.

If the Timberwolves strike out in free agency, Taj and Langston would be good options, the latter of which could even start at point guard. I’d be hesitant to shell out a lot of bread for Jeff Teague over a 3-and-D guy like Galloway who won’t cost a ton.

The Knicks have money to spend, but Jeff Teague has reportedly been taken off their radar. If New York can’t nab another point guard or prefers to throw Frank Ntilikina into the fire that is the starting lineup, Waiters and Tucker could provide offense and defense (respectively) off the bench.

The Magic need shooting (what else is new?), and Mills and Patterson are among the best three-point marksmen at their positions. Mills would even have a good chance to start considering how often Elfrid Payton came off the bench last year.

The Sixers should hang back and watch other teams dump out their piggy banks. Adding a sharpshooter like Redick would solidify Philadelphia as an early favorite to make the playoffs (especially if Joel Embiid stays healthy), but it would cost Timothe Luwawu-Cabarot and Furkan Korkmaz too many minutes.

Mbah a Moute played for the Sixers in 2014-15, and he is a great mentor to consider bringing back if his market is cold. Not only is he a mentor of sorts for his fellow Cameroonian (Embiid), Luc is one of the league’s top defenders – and he can sink corner 3’s.

L.A. needs a backup ball-handler at a reasonable price, and Collison (another former Bruin) can complement Lonzo Ball in two-point guard lineups similarly to how Aaron Holiday did this past year at UCLA.

The Suns finally land a marquee free agent (with respect to Tyson Chandler) and steal Blake Griffin away from the Clippers. Perhaps over time Griffin and Dragan Bender can blossom into one of the best 4-5 duos in the NBA.

Brooklyn takes advantage of two teams (Pistons, Grizzlies) that are strapped for cash, landing Caldwell-Pope and Green in the same offseason. Suddenly the Nets have one of the deeper and more intriguing rosters in the league.