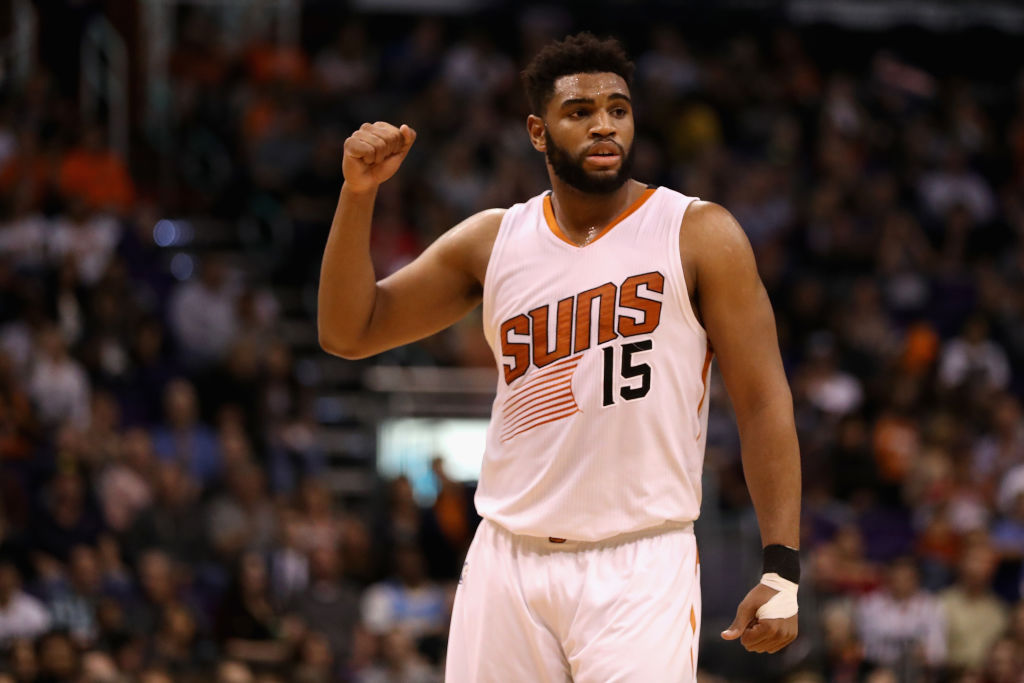 As the free agency point guard pool quickly continues to drain, the Knicks’ possibilities for bolstering the backcourt are lessening along with it. They haven’t moved as quickly as other teams, which makes a most recent development rather surprising.

According to Yahoo! Sports’ Jordan Schultz, the Knicks are likely to have an offer sheet for Suns’ restricted free agent Alan Williams.

Williams is a solid role player. He’s an excellent rebounder and while his offensive game isn’t as polished, he’s still a very physical guy underneath the basket who knows how to fight his way inside and draw fouls. Though he averaged 7.4 points and 6.2 rebounds in 15.1 minutes, it took Williams until mid-February to really begin breaking into Phoenix’s rotation. The 24 year old did spend much of his rookie year in 2015-16 being coached by Jeff Hornacek, however.

An acquisition of Williams would seemingly make Kyle O’Quinn expendable and available for trade. The Knicks could flip him to a contender in exchange for filling another need or reeling in an asset. Big men usually come priced at a premium during free agency, so New York needs to be careful of keeping their priorities straight. Williams would help bolster the bench, but this team still desperately needs a veteran floor general if they want to ease Frank Ntilikina into things.