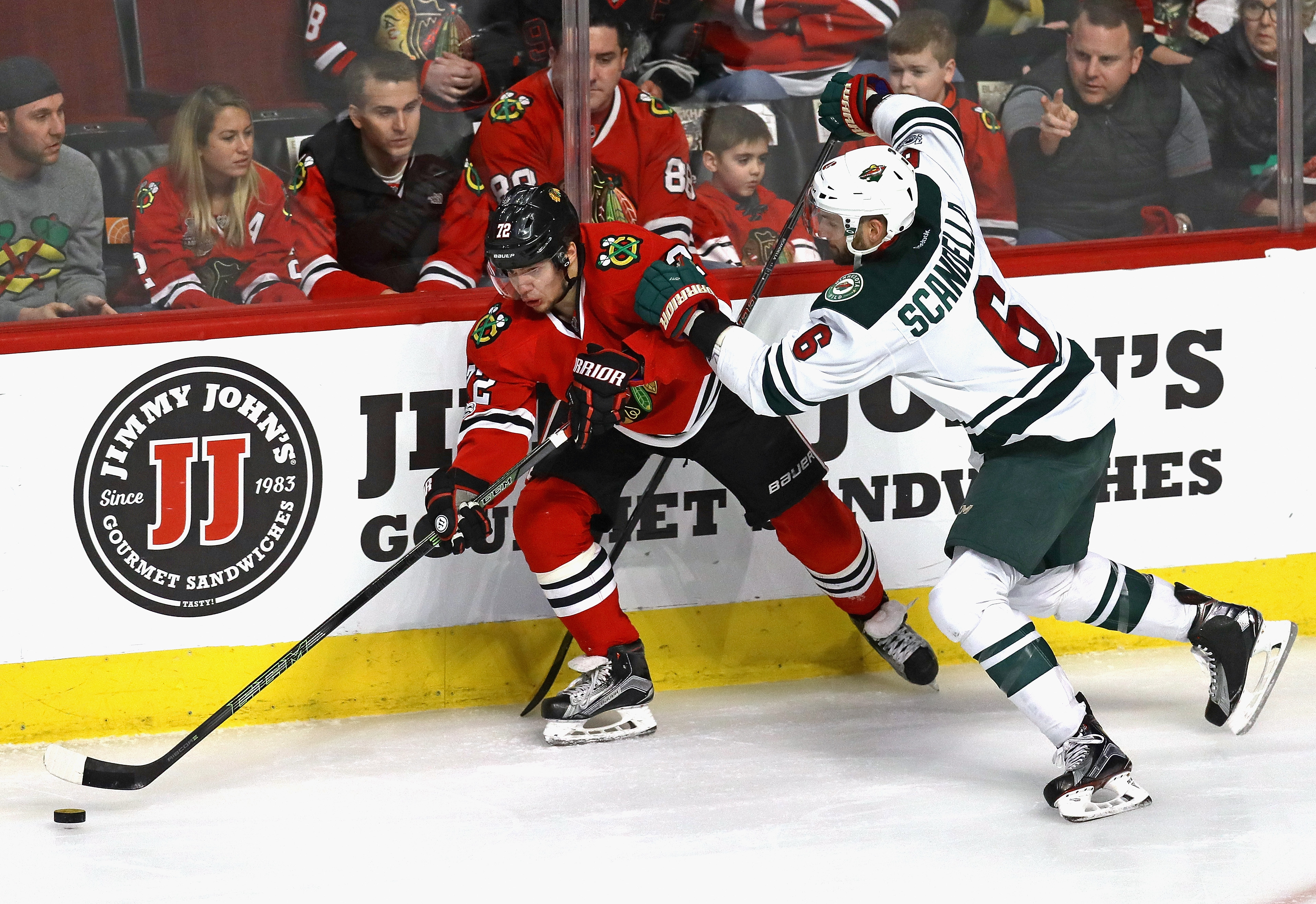 Sabres GM Jason Botterill sent forwards Marcus Foligno and Tyler Ennis to Minnesota in exchange for defenseman Marco Scandella and former Sabres fan favorite Jason Pominville. Buffalo gave up a third round pick as well, but got back a fourth rounder in exchange. Salary wise, the Sabres picked up about 2 million dollars against the salary cap, depending on how much Marcus Foligno’s next contract comes out to.

When I first got the push notification on my phone that the Sabres had traded for Marco Scandella, I immediately thought that Evander Kane was part of the deal, seeing as the rumors surrounding Scandella had involved names like Alex Galchenyuk and that the precedent of the Taylor Hall – Adam Larsson trade was looming over a lot of recent trade discussions. The Ennis and Foligno package, then, came as a surprise and a relief to me. Ennis was a sunk cost – we kept waiting for him to return to his twenty-goal form, but I don’t think he’ll ever get back to that point.

Injuries and declining skating speed have sapped Ennis of much of his potential, and I’m glad we won’t have to watch another season of frustrating Tyler Ennis shifts. Foligno is a nice player for your third line, but hardly essential. While good for one highlight goal a year, he’d spend the rest of the season beefing easy set ups from his more talented line-mates. Also, we don’t have to read tweets from the Sabres account about how dreamy Moose is, or whatever.

Return wise, Scandella is another upgrade to the Sabres weakest position. His point totals last year – 4 goals and 9 assists – don’t blow you away, but he is solid defensively and can move the puck up the ice effectively, with the potential for more offense than he showed last year. He’s a left handed defender, which pushes Josh Georges further down the depth chart, and will likely start in the top 4. His arrival will force one of the Sabres new arrivals to play on their off side – likely Viktor Antipin, who excelled on his off side in the KHL –  but that’s not the worst thing in the world, especially considering the overall improvement of the group.

As for Jason Pominville, well, he’s still basically the player we came to know and love when he was a Sabre. His scoring has declined – he’s not a 30 goal guy anymore – but he still makes smart plays, distributes the puck well, and gives you a solid two way game. He scored 47 points last year, more than Ennis and Foligno combined last season, and a number that would’ve tied him for third on the Sabres last year. While his contract isn’t great – 5.6 million for two more seasons – it’s only a million more than Ennis was making, and Ennis was giving you close to nothing.

Slotting Scandella and his four million dollar cap hit into the lineup probably takes the Sabres out of the Kevin Shattenkirk sweepstakes, although Botterill has the cap space this year to make it happen if he really wants to. There’s still a Zach Bogosian sized hole in the Sabres right handed defense corps, but it looks Botterill will give him another year to see if he can step up under Phil Housley’s tutelage. (I’m not holding my breath.) Despite Bogosian still being here, Botterill has made everything around Bogo better, which should make for a better overall d-corps.

At forward, the Sabres could still use some depth forwards. Botterill should look for cheap, high-upside talent to fill his bottom six, and given his pedigree, he’ll probably look for speed as well. We’ll see what he has up his sleeve in the coming days, but, so far, Botterill has nearly completed his most pressing directive as GM: improve the defense.