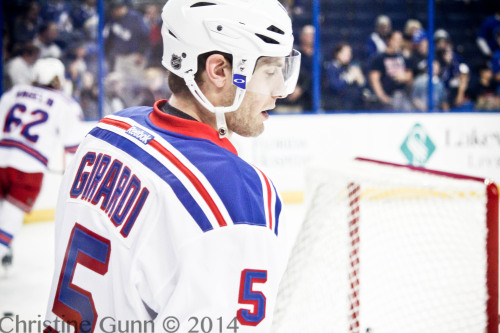 The Tampa Bay Lightning have signed free agent defenseman Dan Girardi to a two-year, $3 million AAV contract. The breakdown is $3.25 million in year one and $2.75 milion in yhear two.

Girardi, who was bought out by the Rangers this summer, struggled this past year with the Rangers. He accumulated a career low 15 points while being banged up for most of the season. From 2006-2015 Girardi played in 759 of a possible 764 possible games for the Rangers. “It makes it hard to judge guys later on in his career and he gets hurt, he doesn’t have the season he normally does,” said Lightning color analyst Brian Engblom, a Stanley Cup winning defenseman. “But (Girardi) has always been a dependable guy. He’s been a mainstay, top-four guy, a shutdown guy, and that’s his reputation. He’s a stabilizing kind of guy. He can help you shut things down when things are getting messy in your own end. He’s got a lot of savvy, knows how to slow things down, get control of the game and simplify it.”

Signing Girardi makes sense as he reunites with former Ranger teammates Ryan Callahan, and Anton Stralman and puts him on a contending team. The Lightning gets a serviceable, gritty blueliner. He won’t need to play big minutes with the Lightnin g and gives them a veteran leader to replace Jason Garrison at a very reasonable cap hit.

“He’s not a top-four guy anymore,” said Rangers color analyst Joe Micheletti. “I don’t think he’s a top-four player, but he can help a team if the numbers are right and the minutes are right and the situation is right. He’s never been a player that had speed to his game, even when he’s healthy,” Micheletti said. “But he’s always been a smart positional player that blocks shots, and hits and he’s been hampered by injuries the last few years. How much does he have left? It’s hard to say. A lot of times coaches can’t tell you how hurt he is, you never know how close to 100-percent he is. He plays a hard game, a gutsy game. I know one thing. He’s a really good teammate, good citizen, low maintenance. Ego is never an issue.” Dan Girardi said ankle injury held him back this yr. But it's healed + he's 100%. "I can still get the job done + match up against top guys" 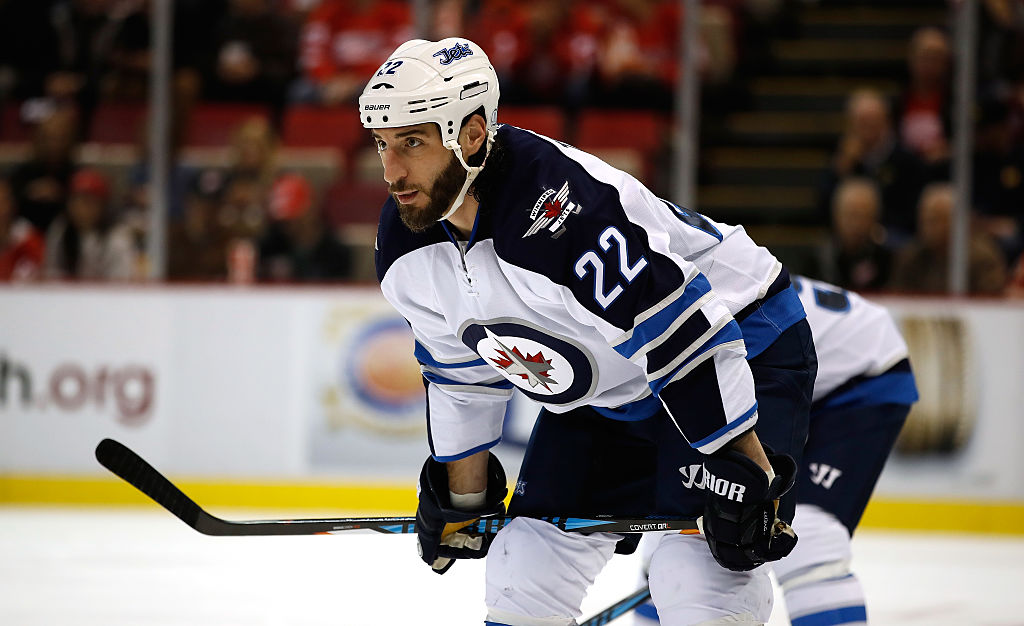 The St. Louis Blues made it publicly known that they were looking into adding an enforcer after losing Ryan Reaves in a trade with the...