Your Morning Dump… Where Brad picked Hayward up at the airport 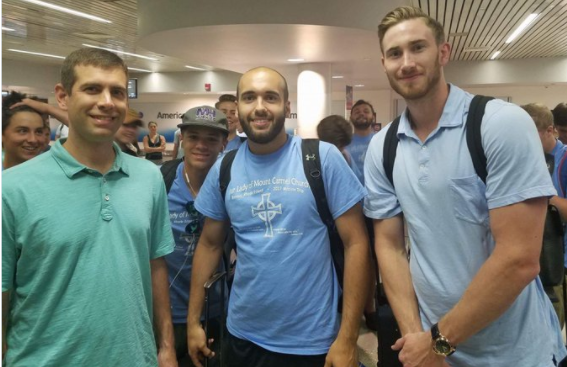 My brother just came back from a mission trip to Nicaragua from Miami to Boston and Hayward was on the flight! Here's a picture with them! pic.twitter.com/rvyvFMED9f

Cordeiro, who was returning to town after participating in a mission trip to Nicaragua, said the photo was taken earlier that night at Logan Airport, after Hayward got off a flight from Miami.

“Really down to earth people!” Cordeiro wrote in a message to the Globe. “Great guys to meet.”

Globe: Is Gordon Hayward getting chauffeured around town by Brad Stevens?

Miami might have whipped out a full court press with banners and other fancy things but nothing compares to being picked up at the airport by your buddy. Pretty sure Brad offered to help him move when he officially comes to Boston. That’s the kind of relationship they have.

In all seriousness, is this not the perfect dichotomy between Miami and Boston? The glitz and glamour and big show of a presentation versus Brad showing up at Logan, probably driving a sensible sedan with good gas mileage, just picking the guy up and making him feel at home.

Miami’s pitch would work on a lot of people, but they did it their way. They put the same show on for Hayward that they’d put on for anyone. Any jerk can make a big show of a first date and blow hundreds of dollars on going to a fancy dinner and whatever… but what’s so special about it if it’s the same first date every time?

Gordon Hayward's tour of Boston sounds like it has begun. Celtics brass and Isaiah Thomas spotted at Fenway Park.

Brad Stevens connected with this kid in high school. They’ve been to the national championship game. Brad can look Hayward in the eyes and say “we’ve got unfinished business… let’s finish it here with the Celtics and celebrate a championship together.”

I really do think Hayward’s decision will come down to Boston and Utah. Miami’s pitch is nice, but Hayward’s in his prime and ready to win now. The question is… does he think all those teams loading up out west will keep him from getting where he wants to go… or does he fell good enough about Utah that he’s willing to make the long-term commitment?

It’s a tough decision… good thing Isaiah Thomas is around to help seal the deal. I love that Isaiah just needs a hoodie and sunglasses to blend in and not get noticed at the airport. The extra time he got avoiding being spotted gave him enough time to participate in an emoji war over Hayward:

What a time to be alive.

Page 2: Could The Rooster be the backup plan?

The Boston Celtics have reached out to Danilo Gallinari as a potential fallback option if their pursuit of Gordon Hayward fails, according to multiple reports.

Woj corroborates Gallinari in play for #Celtics if Hayward says no. Quotes price at $20m range which isn’t so bad.

Gallinari is a nice player who will certainly make the Celtics better if he can stay healthy. He’ll hit a ton of 3’s in the Celtics offense which would stretch the floor even more for Isaiah Thomas. He’s 29, so still in his prime, and if he comes cheaper than other options, the Celtics can keep some players, like Jae Crowder, they might otherwise have let go. Essentially, the Celtics would be moving from Olynyk to Gallinari.

However, his injury history is bothersome, which is part of what would drive down the cost. He’s played more than 70 games twice in his career… once in his sophomore season and again four seasons ago. He did just have a relatively healthy season, playing in 63 games.

I don’t know if this will ever come to pass, though. He’ll want a long-term commitment considering his injury history and I don’t think Boston will give him four years.

Amir Johnson signed a 1-year, $11 million deal to go to Philly. The Sixers also added JJ Redick for 1 year, $23 million… which is a ridiculous number but they have a ton of cap space right now and these 1-year deals just go away next year. I don’t blame anyone for cashing in on that. 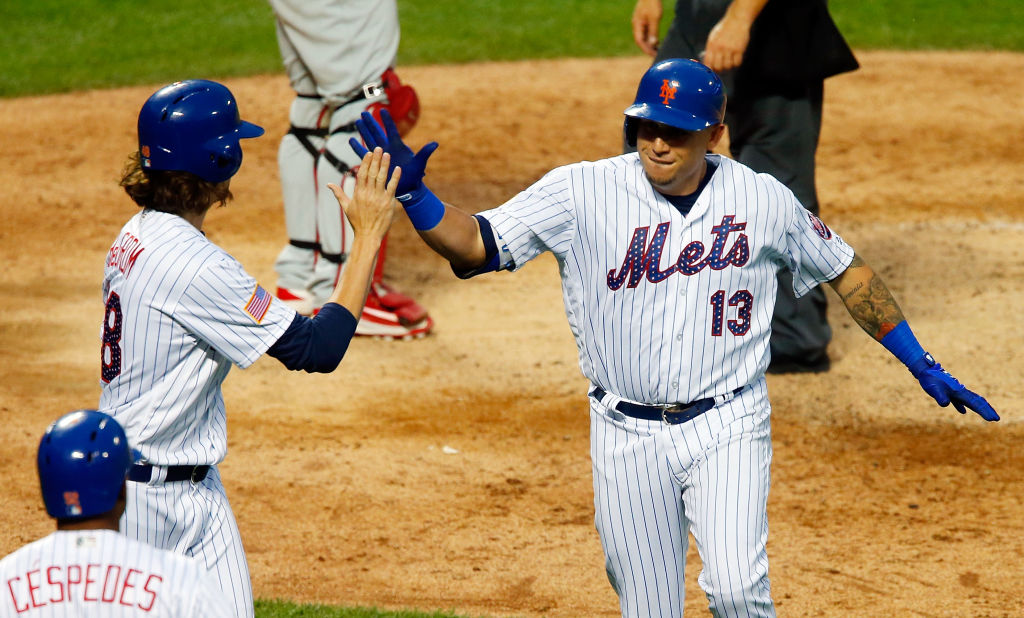 The schedule has been weak, but the New York Mets (38-42) have taken full advantage of playing mediocre competition. The Mets have ripped off seven...