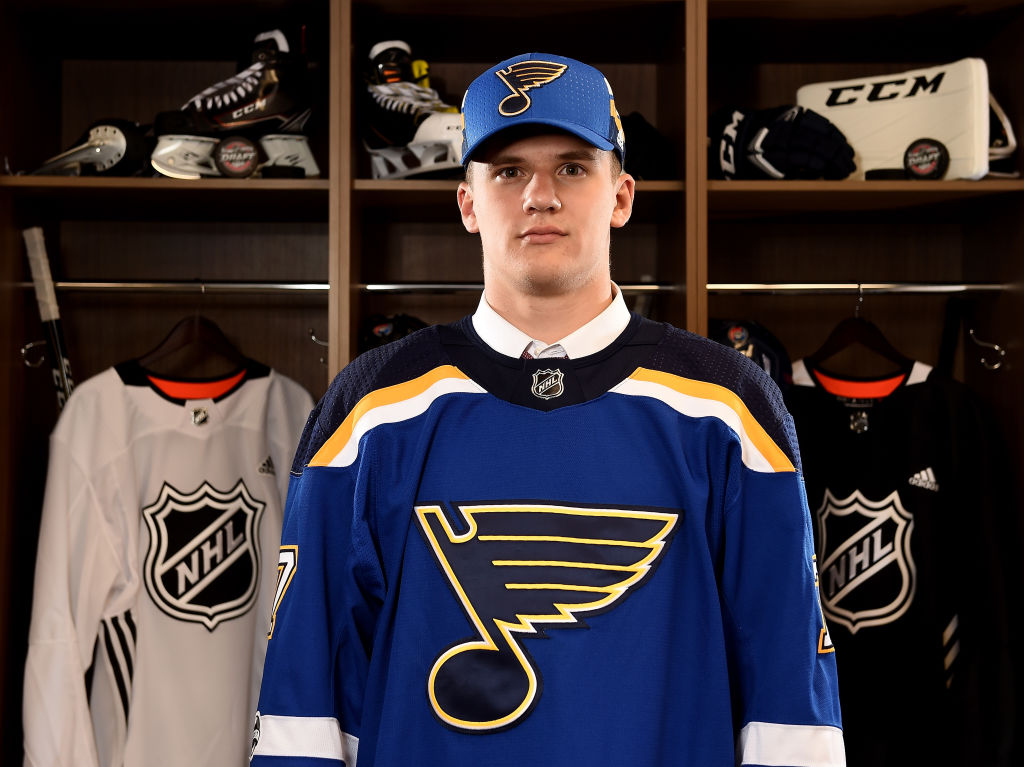 Klim Kostin’s journey to the St. Louis Blues is an odd one, but it reached a favorable conclusion when he signed a three-year, entry-level contract with the Blues on Wednesday. Kostin, 18, was a member of Dynamo Moscow of the KHL, but the team released Kostin (as well as most of their other players) from his contract which allowed him to sign with the Blues.

Kostin’s contract is believed to carry an annual cap hit of $925,000, as reported by CapFriendly. They also state that his NHL salary is believed to be $925,000 while his minors salary (or AHL salary) comes in at only $70,000. If that’s accurate, it would seem that the Blues are planning to have him on their NHL roster immediately, barring any training camp surprises.

The likelihood of an immediate NHL spot increases considering the organization’s unsettled AHL situation (the fact they’re sharing a team with the Vegas Golden Knights) which may place Kostin, a newcomer who knows little English, in a tough spot. Meanwhile, the main roster has Vladimir Tarasenko who is an ideal mentor for a young Russian trying to find his way in the United States.

It’ll be fascinating to see how Kostin develops and whether or not he’s thrown into the fire straight away. There’s plenty of hype surrounding the young Russian and that should only grow as the season nears.