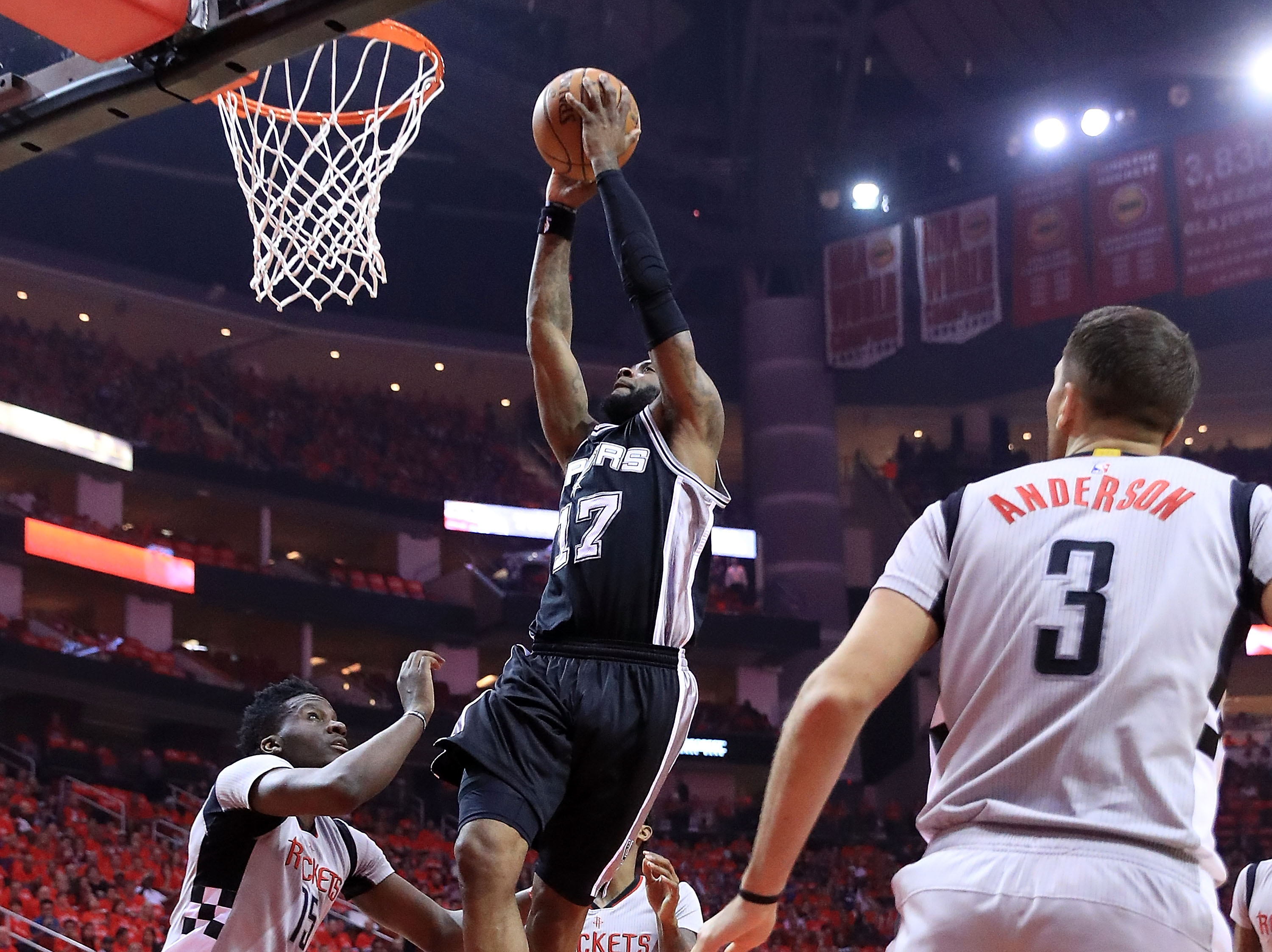 According to Ian Begley of ESPN.com, the New York Knicks have ‘been in touch‘ with San Antonio Spurs guard Jonathon Simmons, but the Knicks would need to move one of Courtney Lee or Kyle O’Quinn’s contracts to make Simmons a ‘competitive offer.’

This is interesting for two reasons. One, with the Knicks already having close to $16.4 million in cap space, it shows from their side that it may cost more than that to sign Simmons. Second, the wing market outside of All-Star players has been in the $8.4-$12.1 million annual market, which means a deal like this for Simmons would seem surprising.

The Minnesota Timberwolves and Sacramento Kings have also been two teams linked to having interest in Simmons.

Since Simmons has been tendered a qualifying offer by the Spurs, he’s a restricted free agent. Meaning, if he signs an offer sheet with another team, the Spurs have up to 48 hours to match the offer or allow Simmons to sign elsewhere.