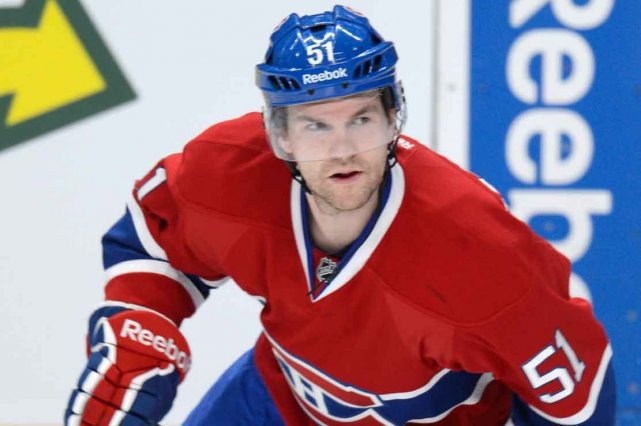 While it seemed bleak just 48 hours ago, Jeff Gorton and his crew have begun to address the meteor crater sized hole in the center of the Rangers line-up. Let’s take a look in my latest version of TheNYRBlog’s 20 Thoughts:

1. The Rangers situation at center has hit a point of such critical mass that fans are actually celebrating the signing of 31-year old center David Desharnais.

2. In all seriousness, this is a no risk one-year, $1 million contract to hopefully solidify the pivot position on the 4th line. I don’t know much about the 5′ 7″ Desharnais but from what I’ve seen he likes to buzz around the net and has quick hands in tight to bury dirty goals. That’s a quality sorely lacking on the Rangers.

Since 2013, Desharnais has seen his point production drop from 52 to 48 to 29 to 14. Not exactly trending in the right direction. While the former Canadien and Oiler has an over 50% career Corsi For, he has been under 50% two of the last three years. Again, going the wrong way.

3. I’d rip on Desharnais height, but Zuccarello has taught me to know better than that:

4. Speaking of Zuccarello, apparently he was playing Where’s Waldo yesterday…

5. Meanwhile, the guy Desharnais is replacing in the Rangers line-up, Oscar Lindberg, signed a two-year, $3.4M deal with Las Vegas. Let’s just hope he doesn’t find himself in this casino over the course of the next two years…

6. In other forward news, the Rangers re-signed Jesper Fast to a three-year, $5.5 million ($1.85M per) contract. It’s good to see Fast, who is still recovering from hip surgery and will likely miss the first month of the season, get a raise for being that Top 9 forward AV thinks he is.

7. According to Larry Brooks at the New York Post, because Fast filed for arbitration before signing his contract, the Rangers will have a second buyout window of 48 hours available to them at a to-be-determined time this summer. (Cough) Marc Staal (Cough)

8. I have maintained for the last two years that Staal has ZERO trade value, but when you have the GM who gave up a 3rd round pick to acquire ZAC RINALDO still in the league, you just never know…

Sounds like the Boston Bruins are trying to package fwd Ryan Spooner with a prospect for a left-handed defenceman. No interest yet. pic.twitter.com/GUrM81htoF

9. In other Rangers news, Mika Zibanejad filed for salary arbitration. No Blueshirt player has participated in an arbitration hearing since the team walked away from this guy…

Teams can still negotiate with a player up until the hearing begins. Let’s just hope deliberations go this smoothly:

10. For a potential Zibanejad contract comparable, Alex Galchenyuk just re-signed with the Canadiens for three-years, $14.7 million ($4.9M per).

11. BTW, too bad seeing Galchenyuk off the market. Or is he?

12. Despite the above news, the Rangers are still in need of an impact forward if they plan on making some noise in 2017-18. And Toronto, as I mentioned in my last “20 Thoughts”, might just be the place to find one:

Interesting quote from Mike Babcock in the Toronto Star today. One of these is not like the others. https://t.co/M3HNG52v2S pic.twitter.com/hsVgkXFq6R

Similar to Shattenkirk, van Riemsdyk is a local kid (Middletown, NJ) who grew up a Rangers fan. If the Blueshirts are committed to moving Miller back to center, the Toronto winger, who is in the final year of his contract that pays him $4.25M this season, might make sense.

13. Another winger who had been connected to the Blueshirts is no longer an option as Ilya Kovalchuk has announced he’ll be headed back to the KHL for one more season. The Rangers have now been saved from acquiring Joe Thornton, Patrick Marleau and Kovalchuk. I’d say this has been a productive free agency so far.

14. A cheaper alternative up front could be Jussi Jokinen who was recently bought out by the Panthers. Jokinen can play center or wing, so he could be insurance if Miller doesn’t work out in the middle.  The 34-year-old had 28 points in 69 games last year in Florida, a season removed from a 60-point year back in 2015-16. Jokinen is also a career 53.4% in the faceoff circle.

15. I hope Islanders fans have a ton of frequent flyer miles, because their team is likely to be relocated to Seattle in the not too distant future if they’re unable to work through the current difficulties extending John Tavares’ contract. 17. The Arizona Rangers continue to acquire former and current Blueshirts as they recently announced the signings of both Adam Clendening and Emerson Etem. These two ex-Rangers will join Derek Stepan, Anthony Duclair and Antti Raanta on the Coyotes roster. I’d love for someone to create a list of players exchanged by both these clubs over the years. It would be enormous.

18. Michael Grabner is ready for the season. Are you?

19. If the season started today, here are your forward lines:

Really need to get a van Riemsdyke or Jokinen in the Top 9 to drop Grabner down to the fourth line and balance out the line-up. If Gorton can get that done, I’ll feel real confident going into the season.

20. After the Fast & Desharnais signings the Rangers have $5.5 million in cap space remaining to bring back Zibanejad as well as acquire another forward. That number swells to $8.4 million if Klein retires. Hey Kevin, I hear Hawaii is real nice during the winter. 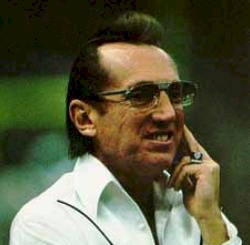 Only NFL historians have an idea of how big of an impact legendary Oakland Raiders Al Davis had on the league. Most people only know...