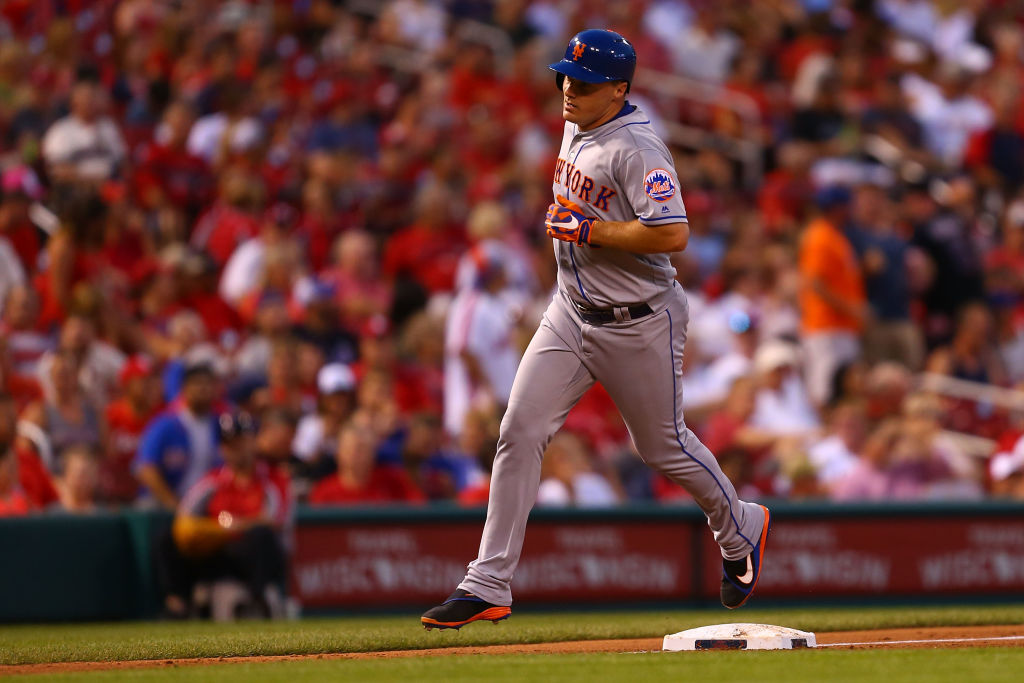 Even though Jacob deGrom wasn’t at his best last night, the New York Mets (39-45) found a way to pick up their best pitcher. The Mets scored six runs last night and hung on for a 6-5 win over the St. Louis Cardinals (41-45) to snap a three game losing streak. The two teams will be back at it this afternoon as they continue their weekend set. First pitch for the middle game of this three game series is scheduled for 4:10 pm at Busch Stadium.

ST. LOUIS, MO – JULY 7: Jay Bruce #19 of the New York Mets rounds throw base after hitting a solo home run against the St. Louis Cardinals in the fifth inning at Busch Stadium on July 7, 2017 in St. Louis, Missouri. (Photo by Dilip Vishwanat/Getty Images)

The Mets will send right hander Zack Wheeler (3-5, 5.01 ERA) to the mound today. Wheeler struggled in his first start back from the disabled list, lasting only 3.2 innings and giving up two runs (both unearned) against the Philadelphia Phillies last Saturday. The Mets picked up Wheeler by rallying for a 7-6 win to save him from a loss. The Cardinals will counter with veteran right hander Adam Wainwright (9-5, 5.48 ERA). Wainwright got beaten up by the Miami Marlins in his last start, giving up six runs in five innings of work, but still got a win after the Cardinals gave him 14 runs of support on Monday.