Paul Stastny needs to prove he's worth a new deal 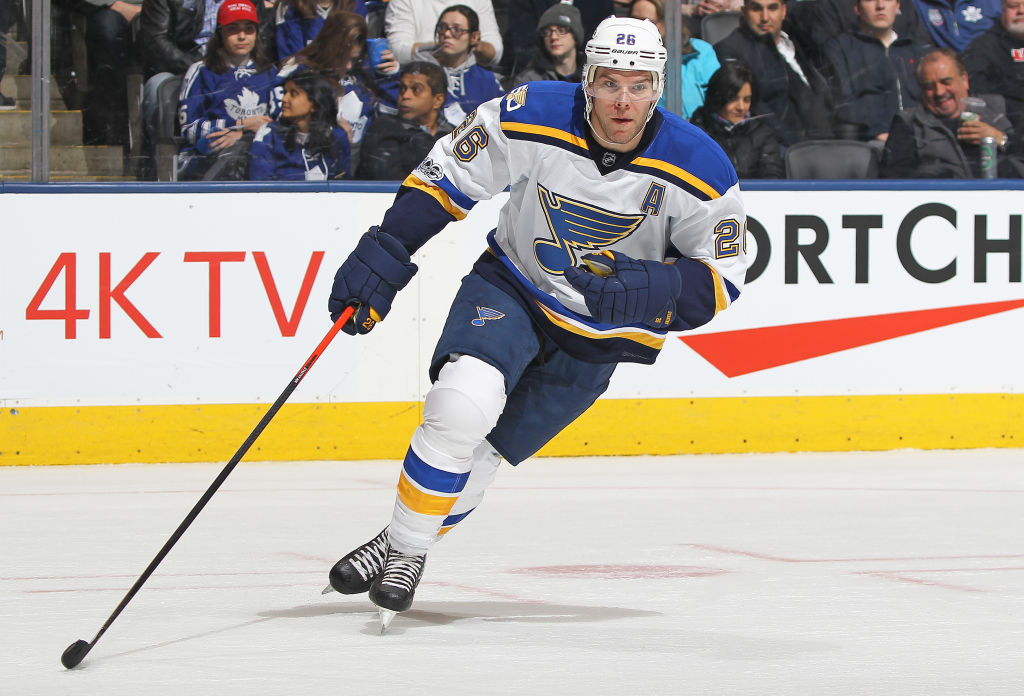 Paul Stastny needs to prove he's worth a new deal

Paul Stastny joined the St. Louis Blues in 2014-15 after several successful seasons with the Colorado Avalanche. Blues fans hoped (and maybe prayed) that one day Stastny would skate for his home team, bringing his talent at center to a team that’s always lacking strong options at the position.

With a contract carrying a cap hit of $7 million per year, Stastny was expected to deliver. Unfortunately, he hasn’t really delivered as anticipated and that may lead to a tough conversation as he approaches the end of his current contract.

Entering his fourth year with the Blues, the 31-year-old Stastny is coming off a 2016-17 season which saw him score 18 goals (his most in a year with the Blues) and 22 assists in 66 games. He missed some time with an injury – something that’s becoming expected each year – but he had a mostly solid season. The problem is that a mostly solid season doesn’t really cut it at $7 million a year.

Stastny was supposed to be the Blues’ top center. It’s been incredibly disappointing to see him come in and fall short of that expectation.

Does he still have a future with the Blues? The obvious answer to that question is that if he does, it’ll have to come with a cap hit far below his current cap hit.

GM Doug Armstrong has already stated that the team will have a good chunk of money coming off the books after 2017-18. The team only has three other unrestricted free agents outside of Stastny in that time period (Carter Hutton, Magnus Paajarvi and Kyle Brodziak), which seems to indicate Armstrong’s comment refers directly to Stastny’s deal. That doesn’t mean this is Stastny’s last year with the organization, but it does mean that the Blues are looking forward to his current deal expiring and getting some of that cap space back.

Regardless of whether Stastny stays or goes, the Blues will have some cap space after his current deal expires and will once again try and find a top center.