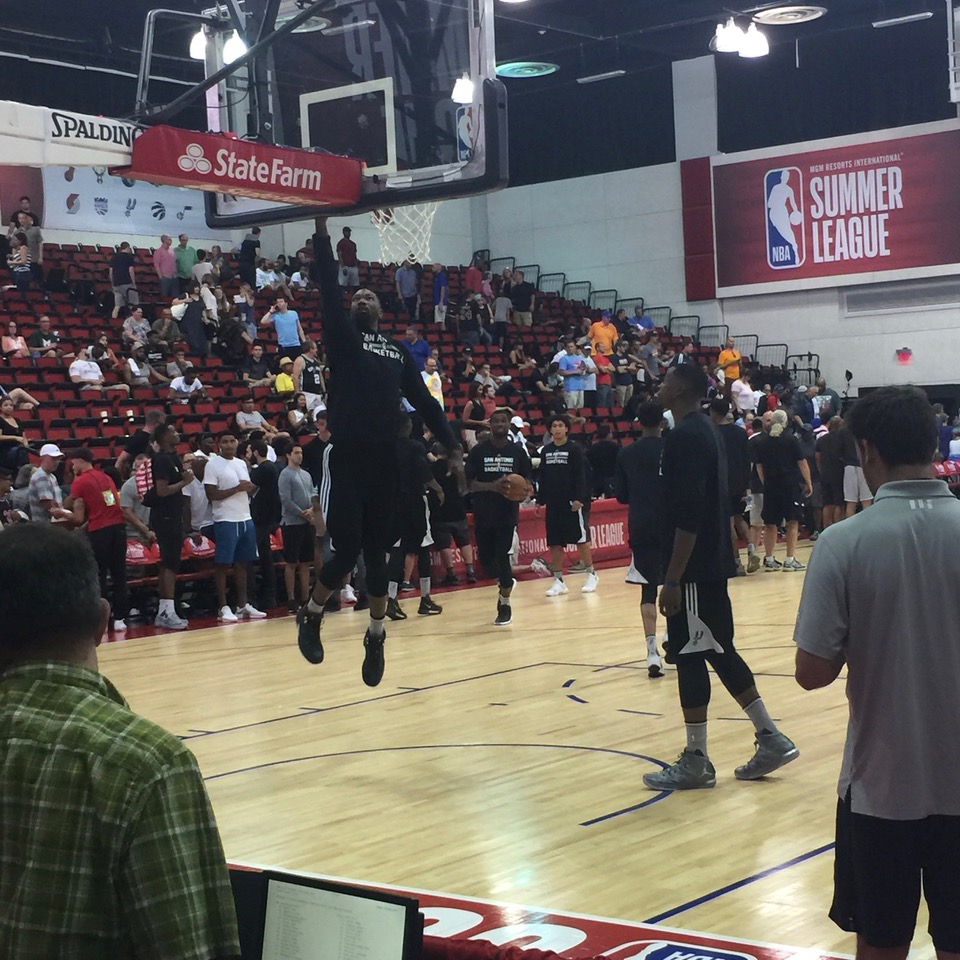 They say what happens in Vegas, stays in Vegas. Based on the Summer Spurs’ first game, this would not necessarily be a bad thing given the missed three-pointers, rolled ankles and sore knees. After leading for most of the game, the Spurs could not hold on down the stretch and fell to the Miami Heat 75-74 in their first Vegas Summer League game.

The usual suspects (Davis Bertans, Forbes and Dejounte Murray) started the game along with Shayne Whittington and Jason Blossomgame, who scored the first basket of the game.

Murray was aggressive early getting into the lane – his summer training regime is already paying dividends as he was able to finish with contact.

Bertans was also aggressive early with a strong move to the lane. He finished the first quarter as the Spurs’ leading scorer with six points and a +7 rating.

Cory Jefferson also had a nice run, including a dunk and some nice work on the defensive boards. Given the lack of depth on the Spurs front court, I am hoping my campaign for a #CoryJeffersonTwoWay contract picks up steam.

The Spurs started the second quarter slow. Olivier Hanlan had a nice take that seemed to get the Spurs started again. Murray kept getting into the lane but his ability to read the defense and find the open man is still a work in progress (he finished the first half with 4 turnovers). The Heat started to make a run and closed the gap to five but the Spurs pushed it back up to double digits after Forbes started to warm up, finishing the half with nine points. The highlight of the half, if not the game, for the Spurs was a nice behind the back pass by Bertans to Murray for a driving layup. After a high scoring second quarter, the good guys had a 45-36 halftime lead.

Forbes continued to shoot well, hitting the first bucket of the third quarter but the Spurs continued to struggle from three and the Heat closed the lead to one but couldn’t take the lead. It was 63-59 Spurs after three behind 16 points from Forbes. While Forbes led the team in scoring he was also the only Spur with a negative +/- rating at the end of the quarter (-1), White led the team at this point with +7).

The fourth quarter? Not so good. Well actually, it started at the end of the third with White on the floor holding his ankle. It took White some time to get up and he went straight to the locker room. Thankfully, after running through some exercises with the training staff, he was back on the bench and later reinserted into the game.

Cory Jefferson also seemed to be favoring his right knee. He had an ice pack on it at one point and seemed visibly upset during a timeout after injuring it. Hopefully it was just a tweak.

Forbes continued to be aggressive but cooled off in the forth, finishing 7-of-16 from the floor.

The Heat kept closing the cap on the Spurs all quarter and finally tied the game at 71. After a Forbes basket to put the Spurs back up by 2, another Heat basket knotted the game at 73. Whittington, who had a nice game (16 points on 5-8 shooting, 6-7 from the line, 4 boards, 2 blocked shots), split a pair of three throws to give the Spurs a 74-73 lead with 1:40 to go. After a couple of misses by both teams, a London Perrantes jump shot put the Heat up by one. Alas, after a nice move to get open, Forbes missed a clean look to win the game.

The Spurs play the Sixers on Sunday, tip-off at 7:30 PST. 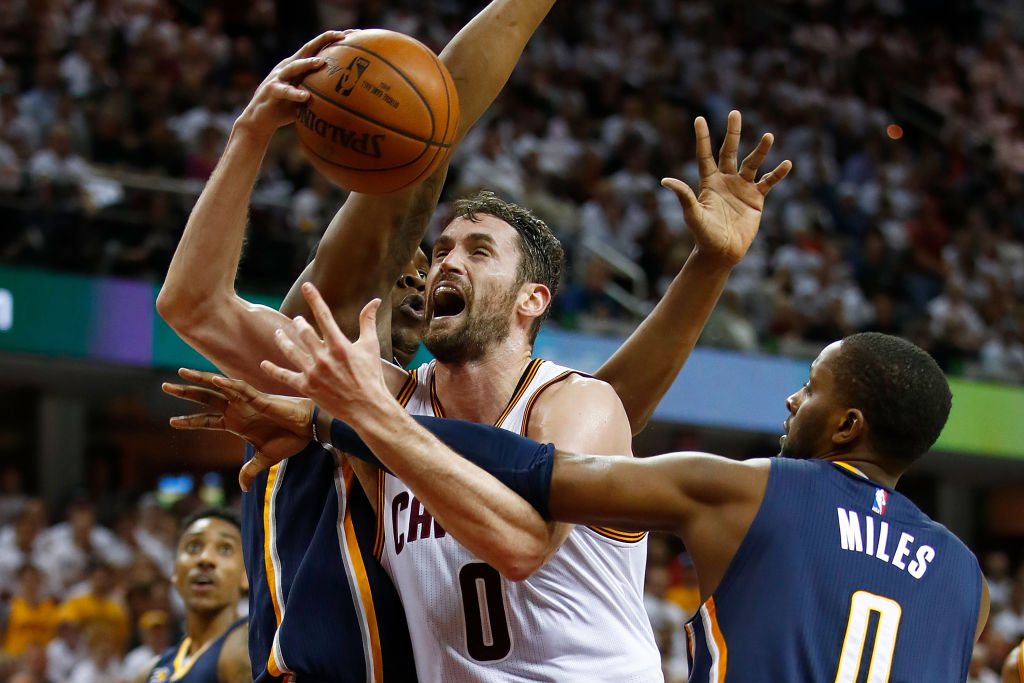 Dear Timberwolves fans, There’s a lot of Timberwolves chatter on Twitter, of course, but there are tweets, here and there, from fans, the blogosphere, the...