Spoilers for Training Camp by @rcanepac 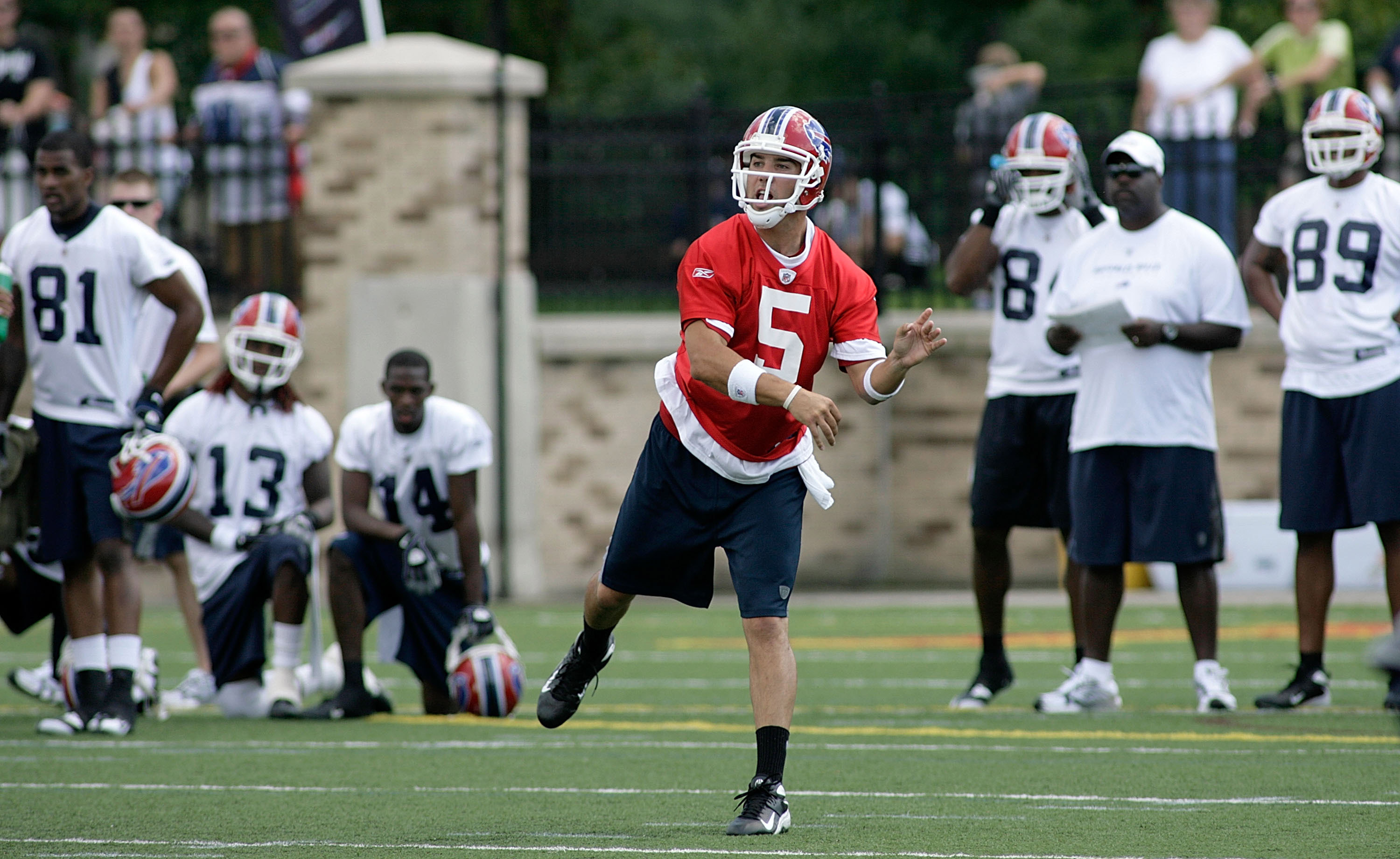 Spoilers for Training Camp by @rcanepac

The NFL is so good in one specific thing: selling hope. It doesn’t matter which your team is, or if it went 0-16 in the previous season: you’ll always finish the training camp thinking “man, if things go our way, this could be our year”.

And, in a sense, it is logical not just because our stupid human nature, but because of the most important economics principle: scarcity.  We (specially the Bills) only get 16 games a year, and we’re not ready to assume that we wait 8 months to see our team suck. We just lie to ourselves believing things like “players have been preparing during the off season”, or thinking that this new coaching staff has the magic wand. Hey! We ALWAYS hear that our QB has improved tremendously during the off season and that he reached out for his receivers to train in California.

Bottom line is: each January I think to myself “this team sucks: Fitz/EJ/Tyrod/[insert your favorite QB] won’t take us anywhere”, and every August I find myself listening to WGR to find out how close are we getting to getting a championship. Thanks to camp, by mid-September, somehow I’m picking the Bills to win 10 games (“if things go our way”). Then, again, in December I hate myself and the cycle begins.

I’ve seen this movie lots of times, and I think I’m prepared to tell how it goes. Here’s my list of spoilers for this training camp:

Early camp: The who shows and who doesn’t drama / The fat guy

Specially with important players (hi Mario!) or with controversial players (hi Marcell!), there’s always the inquisitive watch of the no-shows. And of course, so it starts the leadership talks and that we will never go to the playoffs because of lack of commitment.

We all know that, in a 90 guy program, statistically, some of them will have an issue to attend to Training Camp. But media? If the 89th guy in the roster doesn’t show, nobody cares. If Hughes is late, twitter is on fire because this relates to its personal fouls history or to the time he caught an Uber to get to the stadium. Seriously, if he doesn’t show to camp the first day, the witch hunt will start before finding out that he was sick or something.

On the other hand, probably lots of players come to camp some kilos over their ideal weight (yes, I’m from Peru and everywhere outside America thinks in kilos instead of pounds), but we all think, ‘that’s what training camp is about, they’ll get there’. However there’s always a guy who media picks on to be the “fat irresponsible guy”. I’m not talking about Karlos, who’s NFL career seems to be down the toilet and who apparently ate 2 cows just before training camp last year, I’m talking about some other guy who is thrown to the flames because of being over the fatness media.

Every camp there’s a player (who either is new or has never lived up to expectations) who becomes the eye candy of all media. Few years ago, it was Marcus Easley, then it was Dez Lewis. However, somehow, after we all fantasize about that player being the new Andy Reed, he gets cut or sent to the practice squad for dropping 15 balls in the fourth quarter of the preseason game vs. Detroit.

However, there’s always the other guy. The one no one gave a fuck about before camp and turns out to be really good. Such is the case of Hughes, Lorenzo or Zac. Surprisingly, though, I don’t think that the hype is that high for draft picks; I remember Sammy getting nice reviews “he is ready”, “the guy is the best receiver”, that’s it: no “MY GOD, HE IS AMAZING”. I think that media doesn’t like to go all in (I hate that phrase thanks to Rex) in a rookie because they don’t want to be burned by freezing cold takes exposed.

Maybe this year could be the exception: people seem to like what they are seeing of Tre’davious White, and since people are still hating Gilmore, maybe White being a good player is a seller and perhaps his hype will grow.

Sometime around mid-August, we will be taking our 11 am snack at work when twitter will explode: some important dude just blew up his knee (it’s always the knee). No, I’m not predicting names for this year. I won’t jinx it.

Maybe it’s just perception, but I think it has happened to us a lot lately. I remember Kiko, Sammy, Shady, Gilmore, Ragland, among others (Kolb?), who have had camp injuries that compromised their whole season or their capacity early into the season. A piece of advice: just like in Game of Thrones, don’t fall in love with any player in camp, because you never know who is going down.

Regardless, the coaching speak will make you think that they have a brilliant plan to cover that spot, and that we have nothing to worry about because the “next man up” never fails.

End of camp: The hope

While by then we will know deep in our hearts that this team will suck, we will prefer to rely on some moments during camp to be excited about the new season. I remember last year Jeremy White suggesting that maybe this offense will be carrying the team on their shoulders because of one good pass that Tyrod threw to Clay in a stupid preseason game, claiming a good connection between those two. Well, the season started and the offense sucked so bad that it led the OC to be fired 3 weeks later.

Yeah, we preach the whole ‘preseason means shit and that camp isn’t a good parameter to evaluate players’ only to later find reasons or players to be hopeful. We are REALLY hypocrites, because hope always wins. Let’s just remember EJ’s comeback vs Indy’s camp bodies, or the above mentioned Tyrod – Clay connection.

As I’ve said, I have seen this movie lots of times, and I’m sure that, by the end of camp, we will blindly trust in our coaches having the team ready for the opener. We will believe that this time they are all pulling for the same side leaving egos aside. We will think that our defense will improve (which might as well be the case thanks to Rex’s defense), that Shady will have the best season of his career, and that our offense will be the revival of the K-Gun because of the amount of time they’ve known each other.

So here is my biggest spoiler. Sadly, regardless of how do you feel now about the team’s chances, at the end of the training camp we’ll be stupidly enthusiastic hoping that maybe, JUST MAYBE, Lucy won’t pull the ball away from Charlie Brown this year. Thank you, NFL.

Hope will come. And, in a way, it’s what makes us follow our team to dead. Truth is:  We love the Bills, and camp is a good excuse to justify our irrational love. We are just a couple of weeks for camp to start, and It’s a good time, at least for me, to start believing.