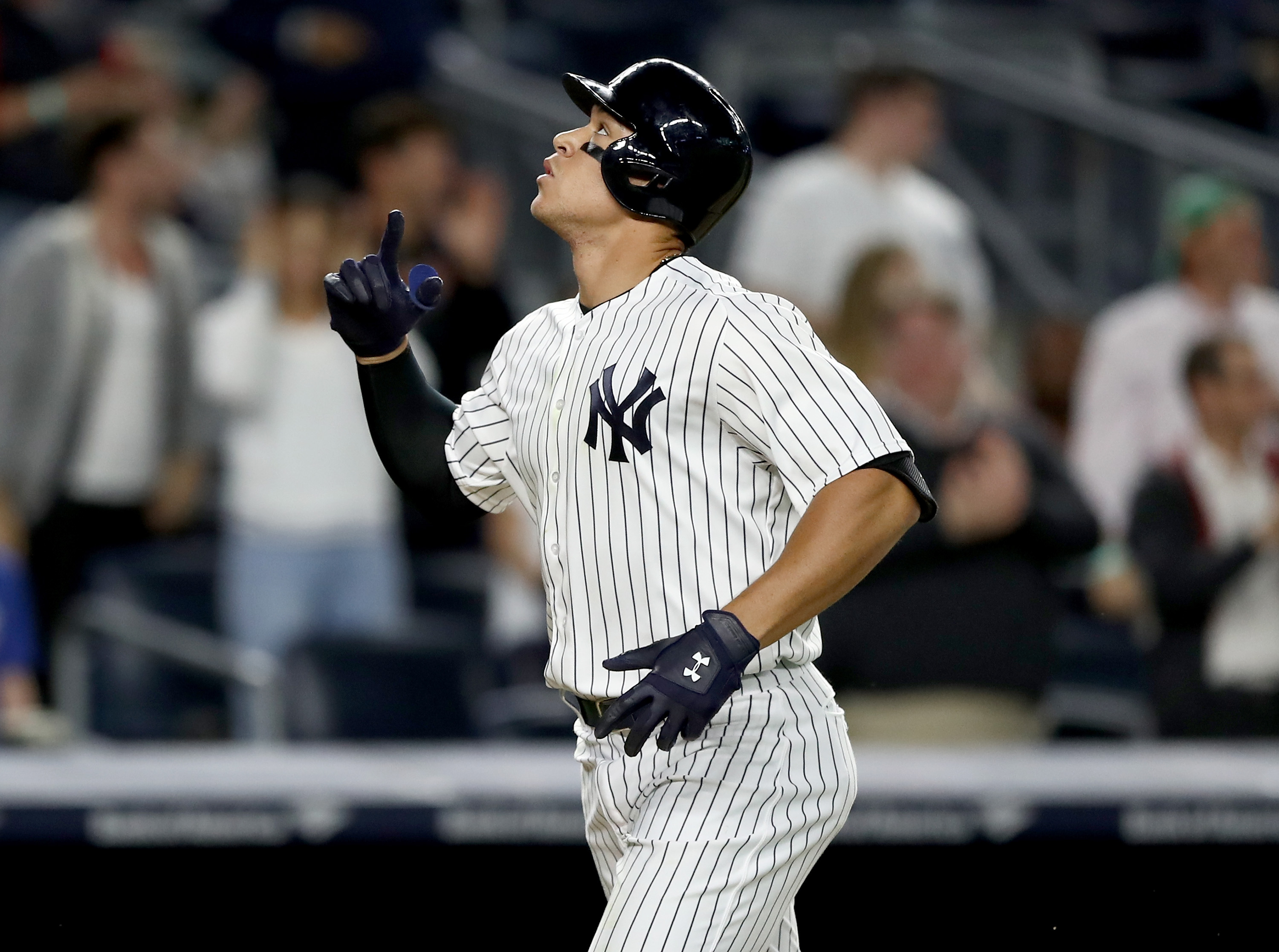 The 2017 Home Run Derby competition proved to be a winner last night. With long home runs, rookies playing years beyond their youth, and a major upset in the first round, fans were treated to a show.

The participates in this year’s home run derby were: New York Yankee team mates Aaron Judge and Gary Sanchez. The hometown favorites Giancarlo Stanton and Justin Bour representing the Miami Marlins. The Los Angeles Dodgers slugger Cody Bellinger. Miguel Sano and Mike Moustakas from the Minnesota Twins and Kansas City Royals respectively. And lastly, the Colorado Rockies center fielder Charlie Blackmon. The rules and bracket style were similar to last year’s contest. All participants were ranked and seeded in the eight-man single elimination bracket. Each round consists of a four-minute time limit, with an opportunity for an extra 30 seconds if a player hit two home runs that traveled further than 440 feet.

MLB has released their bracket for the Home Run Derby pic.twitter.com/Nd4aiYFmkj

Sano edged out Moustakas in the first round with an 11-10 win. The Kansas City Star made a run towards the end of the round but ran out of gas in the final minute.

Sanchez hit some towering bombs, including a few of the home run sculpture in center field, to defeat the reigning home run derby champion Stanton 17-16. The Marlins slugger had a chance to hit himself in a sudden death hit off in extra time but came up short by one HR.

It wasn't enough to advance to round 2. Gary Sánchez prevails. pic.twitter.com/D2cOzcjLDO

Bellinger beat Blackman in extra time for a 15-14 win in the first round. The rookie from Los Angeles was able to hit two home runs in bonus time to knock out the NL West rival Blackmon.

The man everyone was waiting for, Judge went out and did not disappoint. The Fresno State product kept his composure, after Bour excited the crowd with 22 first round HR’s, and won in walk-off fashion with his 23rd coming in bonus time. The rookie sensation from New York hit the furthest ball of the round, with a 501-foot blast.

In the semifinals, it was a battle of the rookies with Bellinger against Judge and Sano versus Sanchez in the other matchup. Sano was able to beat Sanchez 11-10 with 40 seconds left on the clock. Sanchez looked a little tired after knocking off Stanton in the first round. Once again, Judge put on a show in the semifinals. Judge went on to hit the longest home run of the night when he connected on a 513-foot dinger. The AL MVP candidate won easily, 13-12.

513 feet later, Aaron Judge had the longest home run of the derby pic.twitter.com/GqWmviMepe

In the championship round, Judge took any suspense from the final and hit his 11th and final home run of the night with two minutes left on the clock. Sano was out of gas to start his round before finishing with a respectable 10 HRs. But on a night where the Yankee outfielder was hitting bombs with ease, Judge was a man on a mission. Judge is the fourth New York Yankee to win the Home Run Derby, along with Tino Martinez, Jason Giambi, and Robinson Cano.

The West Coast players produced a good showing last night. Blackman, if not pitted against Bellinger, could have advanced to the semifinals if he was seeded with Sano or Moustakas. Bellinger did his best to advance to the finals but was hit by the Judge train instead. This was a great showing for Major League Baseball. The night was filled with suspense and massive home runs hit by some of the game’s youngest and biggest stars.

Did you like the bracket style derby? The timed rounds? Or would you like to see the home run contest go back to 2014 format? Let me know what you think in the comments!