Shabazz, You Were Right In Front of Me All Along… (Part One) 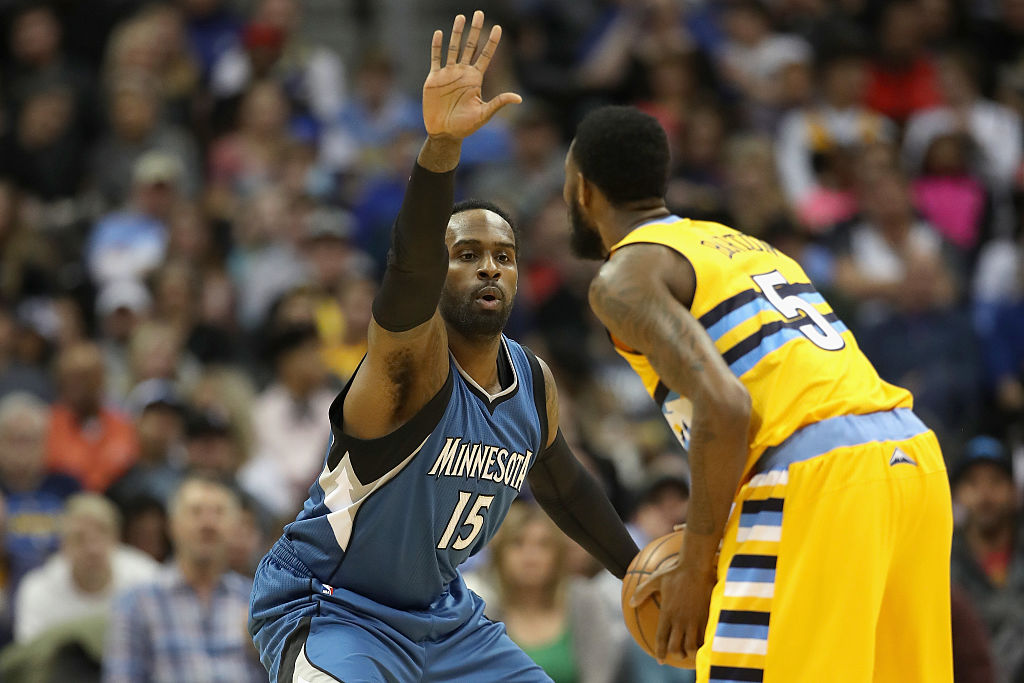 Shabazz, You Were Right In Front of Me All Along… (Part One)

Sit down on the couch, turn on the tv, and find a classic romantic comedy.

Spoiler alert…the protagonist will go through ups and downs with the support (or circumstantially, the opposition) of another key character. They will struggle with adversity and spin in circles looking for love.

Inevitably, the lead will have a moment of catharsis in which they realize the love they sought was right in front of them all along.  Predictably, all’s well that ends well and the happy couple rides off into the sunset together.

The Timberwolves find themselves seemingly in the middle of a romantic comedy plot amidst their struggle to sign a high value, low cost 3 and D wing.

James Johnson, JJ Redick, and Tim Hardaway Jr. were out of their price range.  Nick Young, Kyle Korver, and Justin Holiday found themselves committing to value contracts in other locales.

CJ Miles, perhaps the one that hurts the worst, was reportedly just shipped up north to the Raptors in a sign and trade deal for a reasonable three years and $25 million.  Reportedly, Miles showed a strong interest in the Wolves but Tom Thibodeau and Scott Layden refused to part with OKC’s 2018 first round pick in order to dump Cole Aldrich’s contract and facilitate a sign and trade deal with the Pacers.

Thibs and Layden made a move to add bench talent by coming to terms over the weekend with Jamal Crawford on a two year deal for the room exception ($8.9 million over both years), including a player option in the second year.

Sources: Crawford plans to sign with Minnesota on a two-year, $8.9M deal, with second year player option, once he clears waivers. https://t.co/q8kfKfQLXW

This signing addresses a need for bench scoring and ball handling but leaves the team still in dire need of an off-ball threat and defensive wing presence on the second unit.

The Wolves, in the second week of free agency, are left with no cap space after quickly inking at or above market value deals for Jeff Teague (3yr/$57 million) and Taj Gibson (2yr/$28 million).

This leaves the team with the option to round out the roster with players on veteran minimum contracts or make a trade to unload a contract and free up space to sign a player or two of a higher caliber.

Surveying the landscape of available players still on the market; names like Thabo Sefolosha, Mike Dunleavy, Reggie Bullock, and Ian Clark pop off the page.

More than likely, Sefolosha and Dunleavy will command a price above the veteran minimum.  Bullock and Clark could fall into the Wolves’ laps on a short term minimum deal looking to improve their stock before re-entering the market down the road.

Sefolosha and Dunleavy could provide an impact off the Minnesota bench but likely not enough to warrant finding homes for undesirable salaries (see Cole Aldrich), especially considering the reported need to attach assets to make those deals happen.  Bullock and Clark would be serviceable rotation players but obvious holes in their games don’t make them the ideal fits for substantial minutes in meaningful games.

What can the Wolves do to fill an obvious void in their rotation given their current cap burdens?  Is there a better fit out there that is actually attainable and realistic?

Stay tuned for part two.  We’ll dive into a potential fit that may have been staring us in the eyes all along.