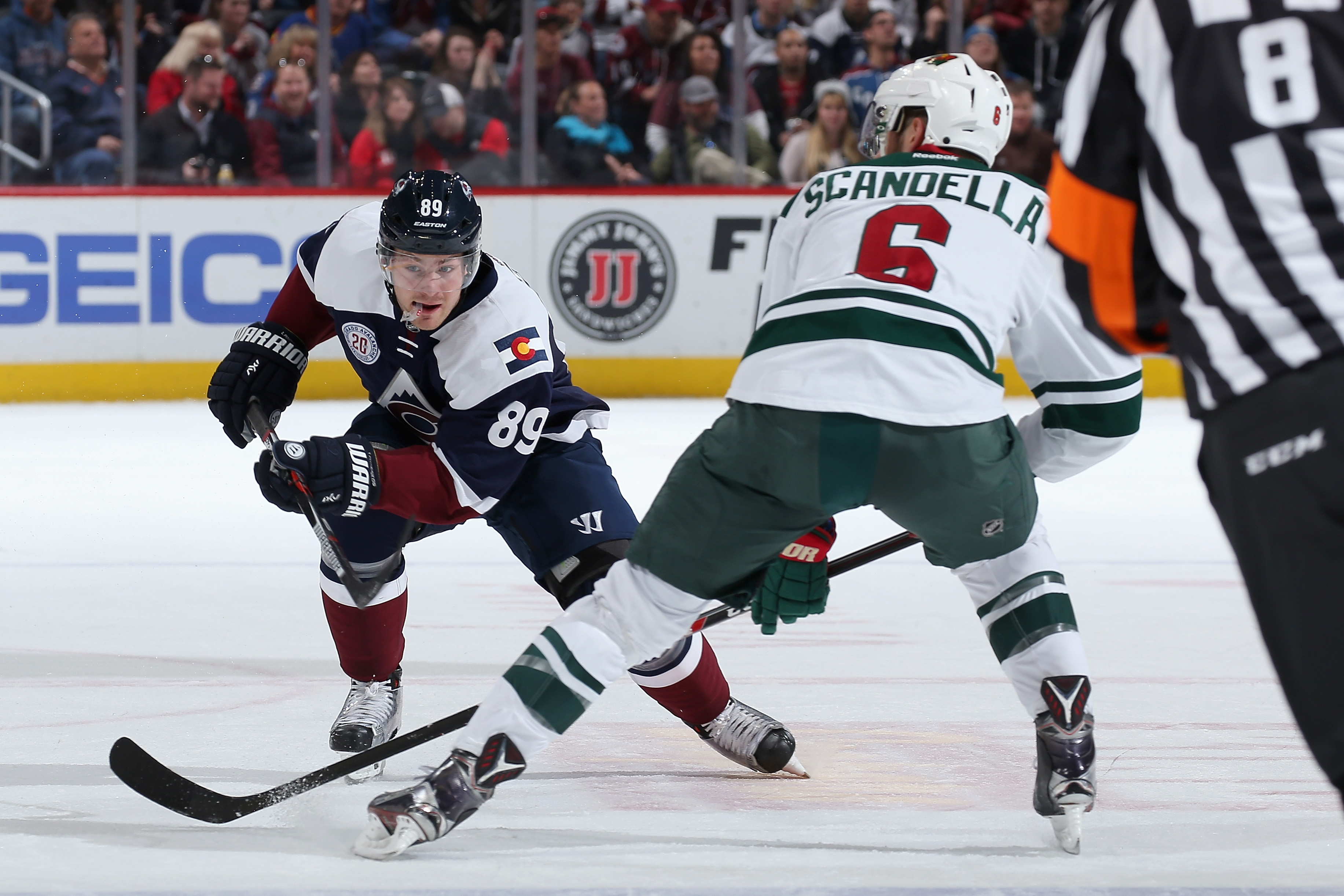 After a rush of free agent signings, the dust has mostly cleared for the Sabres. After the major trade for Marco Scandella, the Sabres stuck to low cost, high upside deals in the free agency market, mostly focusing on improving Rochester’s roster rather than take any big swings for the NHL roster. In the dead zone before the start of training camp, all that’s left for us fans is imagining the line combinations on opening night.

What follows is my best guess at the opening night line-up, followed by some commentary and suggestions for improvement.

The Jack Eichel line is the most talented group, and will get the lion’s share of offensive starts and opportunistic matchups. But in terms of pure ice time, the POO line (big ups to Scott Michalak, @ScottyMCSS, for that name) will probably get the most minutes, as each player is defensively responsible and Ryan O’Reilly is still the team’s best face off man. I wouldn’t say it’s ideal for Benoit Pouliot to be your first line left winger, but I’d rather see Evander Kane on Eichel’s line than O’Reilly’s.

The twitter-verse wants the Sabres to go after remaining free agent Jaromir Jagr – or at least Thomas Vanek – and I think bringing on either one, on a one year deal, would be a solid move. While neither of them are great defensively, and they’re both fairly old, putting them on a line with O’Reilly and Okposo would mostly mask those deficiencies, and you’d be getting solid production from either one as opposed to hoping Pouliot can step up to a top six role. The Sabres could also wait for one of the AHL wingers to step up, move them to the O’Reilly line (a la William Carrier last year) and shuttle Pouliot down to the third line; this seems like the most realistic outcome, and one that would help the Sabres’ depth.

The bottom six is a little murkier. Pominville looks like a lock for the third right wing spot, unless Housley decides to move Reinhart to his natural position of center, which would be a whole ‘nother shakeup. Other than Pommer, though, the rest is up for grabs. I’ve slotted in mostly veteran guys due to Botterill’s stated preference of making the younger AHL guys work for their spot in the NHL. While I don’t think Fasching is the best of the young forwards, he has the biggest body, and may be preferred for a checking line role. The third line center role is a toss up for me between Larsson and Girgensons, as both bring similar skill sets and offensive potential, and I don’t think they’ll both be put on the same line with their redundant playing styles.

The thought of Matt Moulson and Pominville being on the same line was enough to give me the night sweats, so Josefson – a former first round pick who hasn’t lived up to the hype since his draft year – gets his shot on the third line. This is a spot where one of the younger guys – Justin Bailey, Nichola Baptiste, or Alexander Nylander – could grab a spot with a strong training camp performance. (It should be noted that all three would be playing on their off-wing in that case.) But with Botterill’s stated preference for letting guys marinate in the minors, I’d guess that they’ll compete for the third line winger role with their performance in the early part of the AHL season. Josefson starts, but expect a call up if he doesn’t excel.

Housley has to seamlessly fit together a lot of new parts; half of this projected lineup wasn’t in Buffalo last year, so it may take a bit for these pairings to gel. Marco Scandella may be the perfect complement to Rasmus Ristolainen, covering some of Risto’s defensive deficiencies and allowing him to roam a little more. Jake McCabe and Zach Bogosian was an alright enough pairing in the past couple years, and I figure they’ll get the first crack at being the second pairing ahead of the new guys Nathan Beaulieu and Viktor Antipin. I wouldn’t be surprised, however, if McCabe and Bogosian were split up with more complementary partners later in the season as the team figures out who does what well.

The Sabres still need to upgrade the right side. To me, Bogosian, even when healthy, isn’t a very good defender in his own zone and doesn’t make up for it with his offense. The dream is that Antipin finds his groove in his first year in the league, forcing Bogosian into a third pairing role. Realistically, though, the Sabres will have to keep searching for one more defenseman to make this into a truly formidable unit.

Robin Lehner returns, hopefully with a little more consistency game-to-game than he’s shown in the past. He’s an above-average goalie who gives up some howlers, but I think he’ll look better with a better defense corps in front of him. It’s hard for any goalie to perform when they’re facing 40 shots a game, so becoming even league average on defense might do wonders for Lehner.

Lehner looked awful in back-to-backs last year, so Chad Ochocinco Johnson should see starts in most if not all of those situations alongside a healthy amount of scheduled rests for Lehner. Somewhere around a 55/25 game split would probably benefit both goaltenders and the team as a whole. Johnson has shown himself to be an above average backup and capable starter; given Lehner’s injury history, it made a lot of sense for Botterill to bring Johnson back into the fold. Linus Ullmark gets to start the season as the unquestioned started in the AHL, further refining his skills on his way towards being an NHL starter.

I really hope these guys are nothing more than last-minute injury replacements during the season. Falk is the probably the best of the three, a perfectly serviceable sixth defender for a couple of games. I think Georges is worse than Falk, but he’ll probably get the first crack as an injury fill-in given his veteran status. DesLauriers is a Tim Murray acquisition who, in a perfect world, wouldn’t be on the roster at all. I expect he’ll get a game here or there if Housley expects a fight. There are a number of players on the Rochester roster I’d rather see get extended playing time – in the case of a major injury – than these three. Off the top of my head: Matt Tennyson, Taylor Fedun, and Brendan Guhle on defense; Justin Bailey, Nicholas Baptiste, Alex Nylander, Evan Rodrigues, and Seth Griffith at forward.

As opening night approaches, the Sabres are still looking for a 6th top six forward and one more defender to really make this team more than a fringe playoff contender. At forward, the Sabres could either target one more low cost free agent in Jagr or Vanek, or gamble on internal improvement and slot one of their AHL prospects into that role as the season progresses. On defense, they’ll hope Bogosian becomes a completely different player, Antipin hits the ground running, or look for a trade partner if all else fails.

Health and Fitness 37s ago