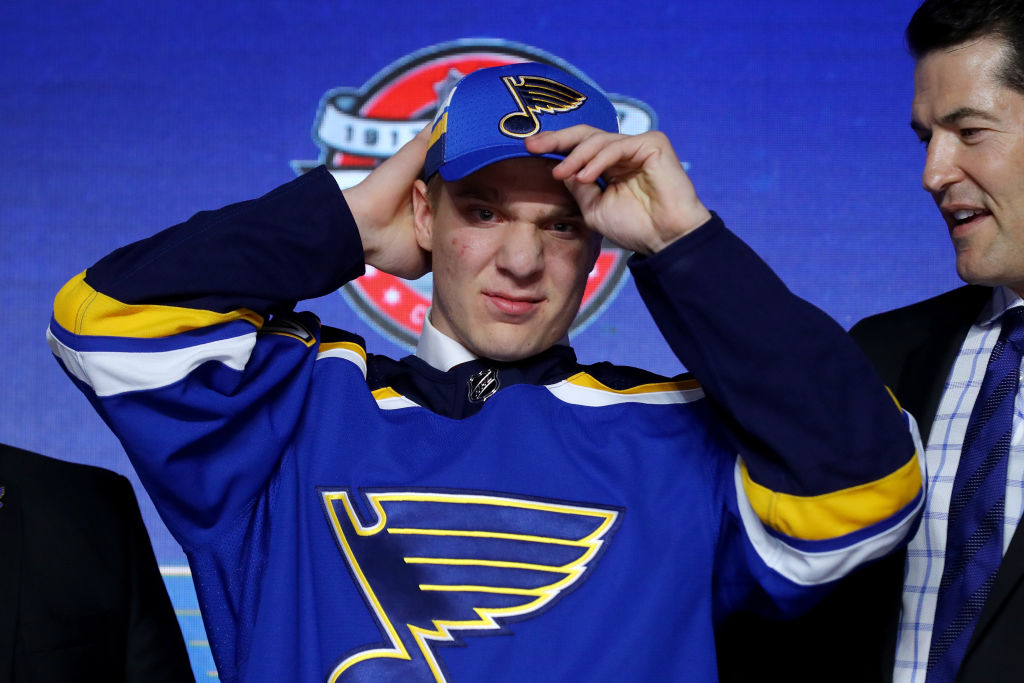 Robert Thomas was selected 20th overall by the St. Louis Blues in the recent 2017 NHL Draft and was immediately brought up to speed on the rivalry with the Chicago Blackhawks. When Thomas’ name was called, Blackhawks fans at the United Center welcomed the announcement with a chorus of boos.

What did Thomas think of his induction into one of the most entertaining rivalries in hockey? He liked it. Actually, he really liked it.

Thomas on the booing, via NHL.com:

“I really liked it, actually. I thought it was awesome. It was pretty neat. I kind of knew it was coming when they were booing as I walked to the stage and got introduced. They were good after. They gave me a round of applause after, but it was a pretty fun feeling.

It has to be fun for a young player to go from sitting on the sidelines, waiting to see what the future holds, to suddenly joining one of the best rivalries in the NHL.

Thomas hasn’t received the same level of coverage as fellow first-round pick Klim Kostin, but he also has a real chance to make a difference for the Blues in an area the team needs a ton of help. Thomas is a center who has the talent to become a strong two-way forward. He has been praised for his passing (he’s analyzed as a pass-first center) and could eventually fill the top center hole that the Blues have been trying to fill for years.