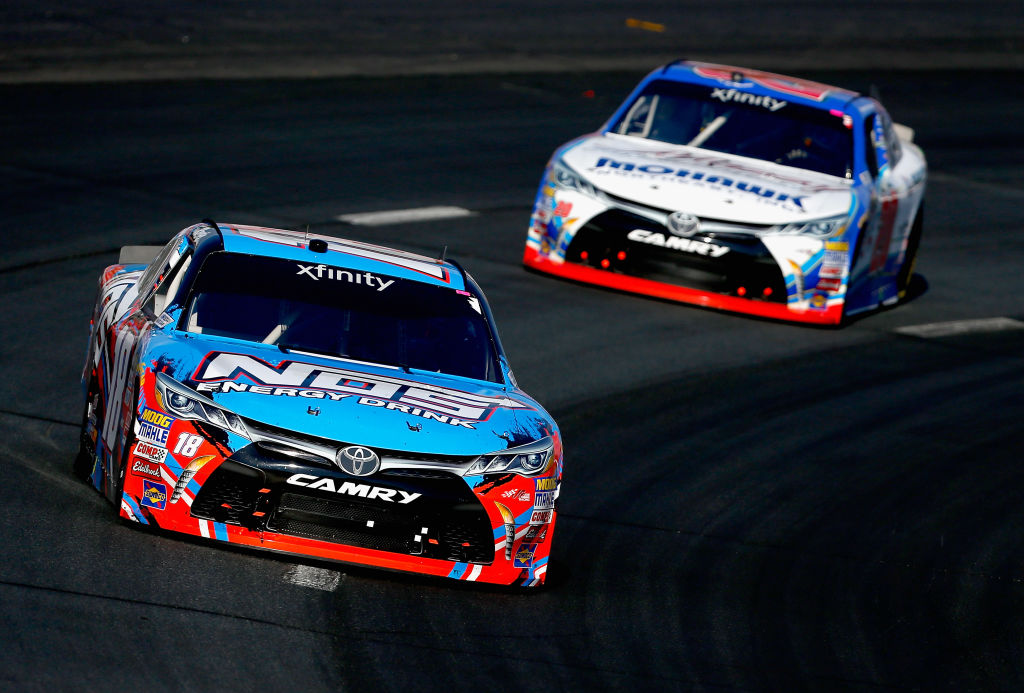 All of the NASCAR fans that don’t like seeing Kyle Busch in the XFINITY Series will soon have their wish come true as Busch has put forth his exit strategy from the series.

NASCAR champion Kyle Busch doesn’t run in the XFINITY Series all of the time but when he does, he tends to win a lot. On Saturday, Busch won for the 89th time in his XFINITY Series career. Following the victory, Busch spoke with SiriusXM NASCAR Radio where he talked about stepping way from the series after his 100th win.

I thought today was 90, but I just got 88 last week [at Kentucky], so I don’t know why I forget that, but hopefully next week [Indianapolis] is 90 and we can continue this on. Retirement is fast approaching; looking forward to that. When I get to 100 Xfinity wins, I’m done.

Busch’s XFINITY Series career is part of what makes his NASCAR career worth of the Hall of Fame. Busch has won 38 times in the Cup Series, 89 times in the XFINITY Series and 48 times in the Truck Series. That brings Busch’s total wins in NASCAR to 175, only 25 shy of 200. While some will critique Busch for winning as much as he does in the lower series, it’s hard to discredit wins at any level in NASCAR.

Busch’s championship from a couple of seasons ago, coupled with potentially finishing the season with 200 wins should make him a sure bet to make it into the NASCAR Hall of Fame. Of course, winning a couple more titles in the NASCAR Cup Series would certainly guarantee that HOF spot once he hangs up his helmet for good.