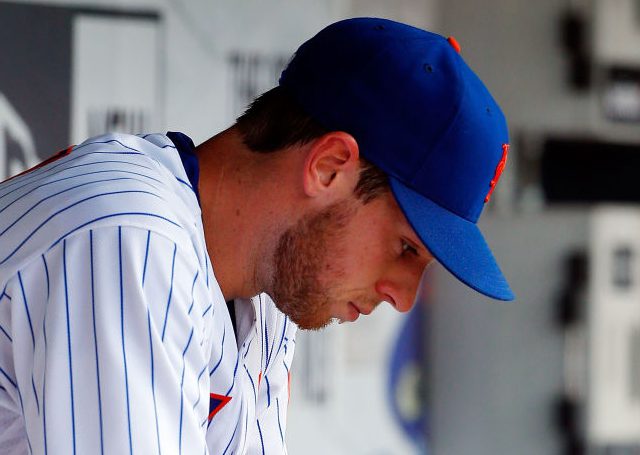 The baseball that Zack Wheeler took apart on Saturday night became a microcosm for the Mets season on Sunday. Steven Matz gave up seven runs in an inning plus to make the score 7-0 before anybody could blink. It was so bad that the thing I was going to rail about tonight, which was not walking Trevor Story with first base open to get to Ryan Hanigan which allowed story to drive in two with a double, didn’t matter one bit. The Mets got spanked 13-4, and the faint hope of a sweep of Colorado jump starting the season for the Mets has sailed off forever. This season is toast, and every loss makes the edges a little more charred. Bob Klapisch of North Jersey Dot Com reports that Cabrera’s lingering unhappiness over the position change is the reason that the Mets aren’t calling up Amed Rosario. Not surprisingly, the news came from an “anonymous Mets source.”

According to one person familiar with management’s thinking, Rosario has been kept at Class-AAA because of Asdrubal Cabrera’s unhappiness at being shifted to second base. The veteran publicly asked for a trade last month and has quietly seethed ever since. The Mets apparently believe an unsettled clubhouse is reason enough to keep their supernova as far away as possible.

Tom Goodwin is better at hiding his eye roll than I am.

Here’s the thing about the Mets: They’re great at creating issues, but terrible at solving them. Cabrera demands a trade, Sandy Alderson whines that trading Cabrera is easier said than done, which one could take as a veiled message to Cabrera. Fine. They’re even now, right? Asdrubal eats his crow and stays quiet. But the Mets couldn’t help but take one more shot through the “anonymous source” or the “person familiar with management’s thinking.” Make no mistake about it, this was a shot. Because no “person familiar with management’s thinking” relays that thinking to the press with the hope that the press will keep it quiet. Bullshit. This is New York. Nothing happens by accident in New York.

So here’s another shot at Cabrera which forced him to answer questions from the media after the game about Rosario, which was awkward at best with beat guys asking him things like “what do you think of Rosario as a player”. What, Cabrera is going to say “he sucks” on camera? It was another unnecessary distraction created to play these idiotic mind games to prove some sort of stupid point. Now you, especially if you’re part of the majority who is anti-Cabrera in this matter might say “well you don’t know if Cabrera was doing anything to deserve this shot across the bow.” You’re probably right, none of us know. But to that I say two things: First off, I have so much more respect for Cabrera for being honest in the first place about wanting to be traded than these “anonymous source” weasels who give these nuggets to the press to play mind games.

Second is this: If Asdrubal Cabrera is such a big problem, solve the problem. If Cabrera is such a useless malcontent that he’s jeopardizing not only your present but your future, then there’s a simple way to take care of this:

I’m not mad at Cabrera at all. But my respect for the Mets would rise exponentially if they would cut Cabrera. If you can’t trade him, and he’s that much of a cancer, cut him. It’s that simple. Create some accountability in that locker room if he’s that much of a problem. Solve it. Don’t create more by letting loose your “anonymous sources”. That solves nothing. Solve the problem.

They won’t. Because the Mets refuse to waste pennies by paying somebody not to play for them. Between Bobby Bonilla and Bret Saberhagen, that budget is full. Guess what: Asdrubal Cabrera probably knows this. He knows his job is safe as long as the coupon cutters in the ownership box won’t cut players (or managers) and pay them to sit on their couches. The rest of the players, on some level, probably know this as well.

You want to light a fire under players’ butts: Don’t hire a manager who is going to flip over a goddamned buffet table. That’s not going to do it. You want to do it? Cut a player who demands a trade and who is supposedly a clubhouse cancer. That’ll do it. And it’ll cut out the nonsense with these anonymous sources because you don’t need them to do business anymore. You know who does that? You know who handles things like cold blooded mobsters? HOUSTON, TX – FEBRUARY 05: Head coach Bill Belichick of the New England Patriots looks on during warm-ups prior to Super Bowl 51 against the Atlanta Falcons at NRG Stadium on February 5, 2017 in Houston, Texas. (Photo by Al Bello/Getty Images)

That’s right. How has that worked for the New England F*cking Patriots? And curse all of you named Wilpon for forcing me to use the example of a man who almost single-handedly decreased my passion for the National Football League down to zero as a cursed Jets fan. But Bill Belichick doesn’t dabble in anonymous smear campaigns. You ask for more money? You want to put yourself ahead of the team? Okay, you’re traded to the Browns. The Browns!!! I’m sure Jamie Collins would have rather been cut at that point.

But the Browns wound up giving Collins his money, and everybody got what they wanted. If Cabrera wants to do what’s best for his family, fine for him. If the Mets want him gone to create harmony for Amed Rosario, then just do it. Learn from the Sith Lord of the NFL and just get it done rather than do this through the press like weasels. Because Cabrera is the real reason for keeping Rosario down and there’s no way you could just be using Cabrera as an excuse to keep Rosario down until next June for one more year of control … right? Prove it. Have some class, and some balls. 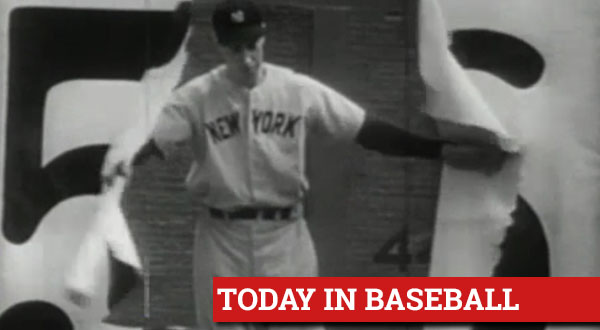