If the Bills really want to be “Playoff Caliber,” They'd sign Colin Kaepernick by @evancdent 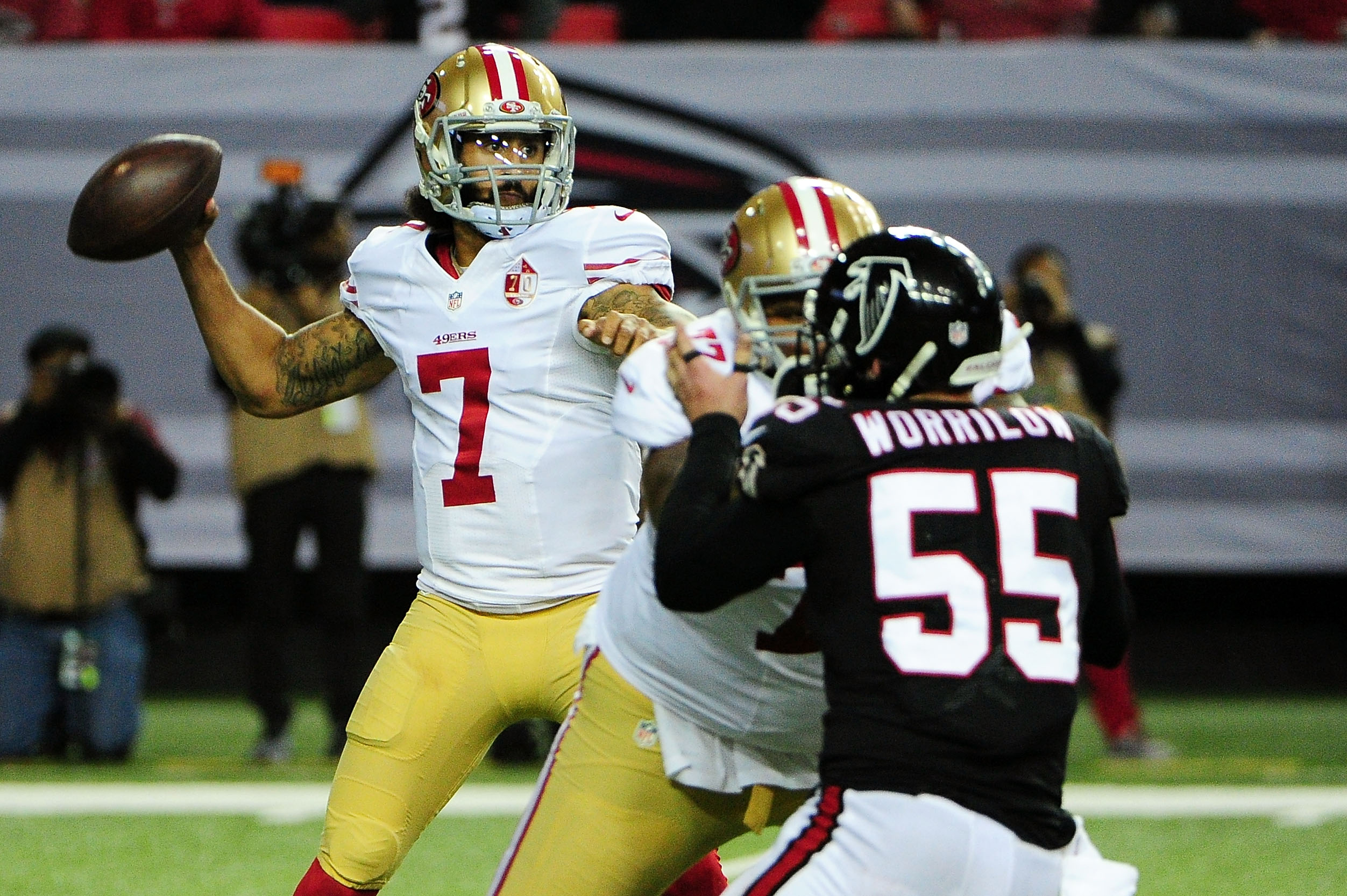 If the Bills really want to be “Playoff Caliber,” They'd sign Colin Kaepernick by @evancdent

Sean McDermott, new Bills coach and Process proselytizer, has introduced a new slogan for the team – “Playoff Caliber.” It’s a simple – and effective – message for a team that, as you well know, has missed the playoffs for 17 straight seasons. It doesn’t promise too much – there’s nothing there about winning a championship, or even winning a playoff game – it’s just a mindset that the team is good enough to make the playoffs, that the players play up to that level, that the organization is focused on that above all else.

It’s that organizational ethos that leads me to ask this question: why haven’t the Bills signed Colin Kaepernick? At the very least, why haven’t the Bills even been credibly linked to him? Danny Kelly, writing over at the Ringer, reminded me of this point while I was reading his article about the best remaining free agents on the market. The Bills are mentioned often in the article as a team looking for help in the secondary and at wide receiver, as well as a landing spot for running back DeAngelo Williams. That a team supposedly devoted to making the playoffs has those sort of roster holes was worrying enough, but then Kelly mentioned Kaepernick, and said that it “could make a lot sense” to bring Kaepernick to Buffalo. And Kelly is absolutely right about that – if the Bills were actually serious about making the playoffs this season, they would have at the very least reached out to him.

Why is Kaepernick unsigned? As much as protect-the-shield evangelists would like to say that it’s because he isn’t very good at football, it’s because of his anthem protests from last season. Don’t kid yourself. If it were just about talent, Kaepernick would’ve been signed by now, before a whole raft of other, worse backup quarterbacks were signed.

This is a player, who, at his floor, doesn’t turn the ball over very much and gives you something with his mobility. He’s also shown massive upside at the NFL level, bringing his team to the Super Bowl 4 years ago and the NFC Championship a year later. He hasn’t taken off like many have expected, but any other player with his on the field resume would have been signed by this point. It’s his off the field actions that have teams shook.

There’s always a calculation teams make on whether to keep or bring on a player who is “controversial,” whether it’s for actually bad things like committing domestic violence or, say, a small protest meant to bring awareness to police brutality against the African-American community. Teams ask, is this guy good enough to outweigh the publicity? It says a lot about the warped worldview of NFL teams that Greg Hardy was resigned after his acts of domestic violence, but Kaepernick is still unsigned, despite the players being roughly equal in terms of talent at their position.

What Kaepernick did – his proud and ongoing activism – is more toxic to NFL teams than beating your partner. The Bills are uniquely set up for his services, are complicit in his blackballing by the league, and should be as admonished, as, say, the Seahawks, for not considering Kaepernick as a backup. Let’s lay it all out – the case for the Bills signing Kaepernick:

The team is set to trot Tyrod Taylor out to start the season at quarterback, a highly mobile quarterback with hit-or-miss accuracy thus far in his career. I’m a fan of Tyrod’s game, and I think that he gives you enough with his running skills to make up for his inconsistency as a passer. His ability as a runner opens up new possibilities for the offense, whether it’s zone read, options, or Run Pass Options (RPOs), that can absolutely shred defenses. We saw this last season – for a good portion of last season, the Bills had one of the better offenses in the league from a points-per-game standpoint. (They finished the season 10th in the league, on par with the Steelers.)

With enough of a solid supporting squad around him, he can get you to the playoffs based on the offensive potential he opens up. He may not be a franchise quarterback, but he’s in the top half in the league. I don’t think the Bills have a good enough supporting cast this year – on either side of the ball – but if they were serious about making the playoffs, I think they would have a backup quarterback who could approximate Taylor’s skills nearly seamlessly in the case of an injury. And given that Tyrod has battled injuries over the past two seasons, it would seem extra important to have a viable contingency plan in place. As the roster stands now, they don’t have that.

TJ Yates, currently the Bills backup quarterback, has some experience in a Rick Dennison led offense, sure, but he is demonstrably worse than Colin Kaepernick. The offense would have to be changed if Yates came in, back to simple Dennison / West Coast staples. Who knows how that offense would look; all I know is, TJ Yates isn’t going to do anything beyond “thoroughly average quarterbacking at best.” My guess is that it would sap the offense of a lot of firepower if he had to start for an extended period.

Behind Yates, the Bills have Cardale Jones and Nathan Peterman, both unknowns as NFL quarterbacks. Cardale might – and the key word is might – be able to play a Taylor like game, and the same goes for Peterman, who played in a option / RPO heavy offense under Matt Canada at Pitt, but he brings limited athleticism. Neither of those young quarterbacks, at this point, could be trusted to keep the team afloat in the event of a Taylor injury over multiple games.

Listen, I’m not going to pretend that Colin Kaepernick is the same player he was when he nearly led the 49ers to a Super Bowl win. He has his limitations as a quarterback, limitations that have been overhyped by NFL columnists trying to explain away the fact that he’s being blackballed. As this site has covered before, though, most backup quarterbacks are not very good at all. Kaepernick, unlike the quarterbacks on the roster now, has a high upside and can give you something like what Taylor brings in the case of an injury, allowing the team to keep a multidimensional player at quarterback.

If the Bills truly do want to make the playoffs, they’ll need the offense to match or exceed their explosiveness from last season, and that means using Tyrod’s running skills. And in case Tyrod goes down for extended time – something that has happened in the recent past, and especially hurt the Bills in the 2015 season –  they’d need someone who can provide those skills. They don’t have that on the roster now. Like all backup quarterbacks, Kaepernick has his warts (on the field), but he represents the ideal backup for a Tyrod Taylor led team. You wouldn’t have to trim the playbook down very much if Kaepernick had to come in for a game or multiple games, potentially keeping the team afloat and in the playoff race.

The Bills, for some reason (winkity wink wink), haven’t even feigned interest in Kaepernick, at least as far as we know. I know that we shouldn’t expect a ton from NFL teams, huge money-making entities with utilitarian moral codes, but it’d also be good if they didn’t shovel bullshit at us. “Playoff caliber” sounds nice to a fanbase starved for success, but when you look closer, one part of the organization – the management side – isn’t living up to that credo. Because of political cowardice, the Bills’ “playoff caliber” motto is just that – a motto, not a real driving principle.