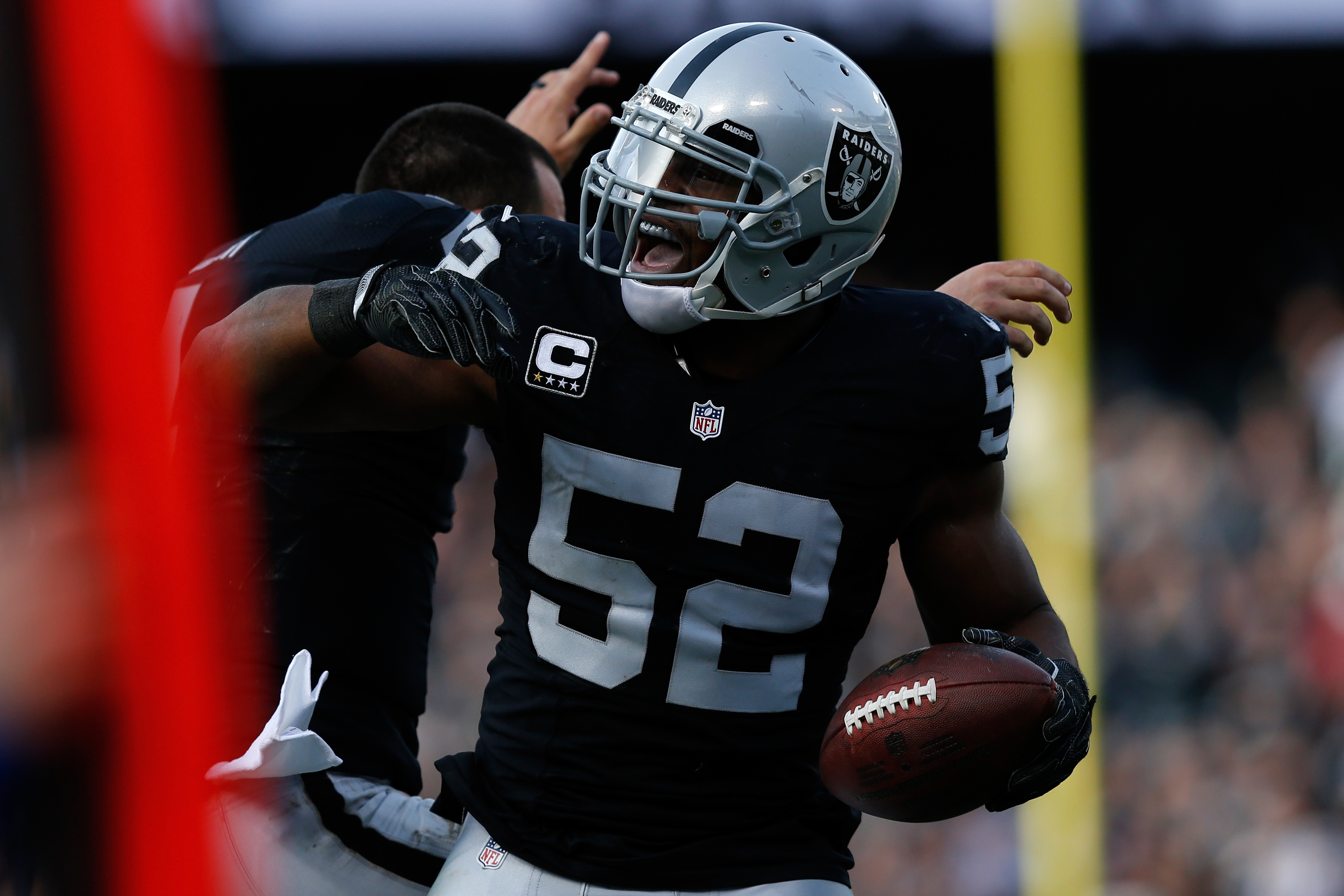 "This offense is going to be dynamic."

– Kirk Morrison talks how our offensive pieces fit together. pic.twitter.com/fSDzHBm82d

The question mark for Oakland will be the defense. You would think a unit that had 2016 Defensive Player of the Year Khalil Mack playing, would have been a top 10 defense last season. Ken Norton Jr’s defense finished near the bottom in most major categories. The group finished No. 26 in yards per game and No. 20 in points per game. And surprisingly, the team finished dead last in sacks. The few bright spots were their ability to cause turnovers, where they finished second last season behind Kansas City.

So Reggie McKenzie and Head Coach Jack Del Rio went into the 2017 NFL Draft with one thing on their minds, get better on defense. The Raiders selected Ohio State cornerback Gareon Conley in the first round, the combine freak Obi Melifonwu in the second round, UCLA defensive tackle Eddie Vanderdoes in the third, and potential starting middle linebacker Marquel Lee from Wake Forest in the fifth round. McKenzie added talent and depth at every level of the defense through the draft. Improvement is necessary with this unit’s personnel.

Looking at the 2017 schedule, Norton and company will get tested every week. A date with last seasons champions, the New England Patriots will booster an offensive unit that has Brandin Cooks, Julian Edelman, Rob Gronkowski, Dion Lewis, Rex Burkhead, and Mike Gillislee. The New York Giants come to town and will trout out their impressive wide receiver group of Odell Beckham Jr, Sterling Shepard, Brandon Marshall, and rookie tight end hybrid Evan Engram. The Dallas Cowboys and Tennessee Titans have young and energetic quarterbacks at their disposal as well. And not to mention, battles against division rivals, the Denver Broncos, the Phillip Rivers led Los Angeles Chargers, and the reigning division champions Kansas City Chiefs.

Norton’s defense has the talent necessary to play better football this upcoming season. The team had issues covering tight ends the last two years, getting torched by star players and unknown rookies. Because of his size and speed, Melifonwu should help in that area. He is long, tall, and athletic enough to stay with the likes of Travis Kelce and Jason Witten. As evident in last year’s opening game against the Saints, the smaller and faster WR’s gave Sean Smith and David Amerson fits during the 2016 season. Insert former Buckeye DB Conley. He has the skill set to play nickel corner right out of the gate. Both Smith and Amerson are playing the last year of guaranteed money in their respective contracts this season, so playing well will go a long way in McKenzie’s plans for 2018. If they can decrease the long pass plays, this should free up Mack and Bruce Irvin on the edges on third and longs to disrupt opposing quarterbacks like last season. Additionally, McKenzie went out and brought former Chargers DC, John Pagano to help Norton in any way possible.

The big mystery for this unit may come from the huge hole in the middle of the defense. Malcom Smith signed a big contract with the San Francisco 49ers this offseason, leaving a vacancy at middle linebacker. Newly acquired Jelani Jenkins has the potential to start from day one, but will need to avoid the injury bug that has hit him the last two years. The Wake Forest product Lee will need to learn fast this offseason, if he wants to assert himself into a role his rookie season. Cory James returns from a mediocre rookie season last year. At the same time, James did flash athleticism on defense, which gives some optimism that his play could improve. Nonetheless, the middle linebacker position will keep the Raiders on their toes this season, but if they’re able to get some solid production from these guys, it will do wonders for the defense.

Time will tell if the defense can come close to matching the offense this season. The Raiders, for the first time since the glory years of Rich Gannon and Tim Brown, have Super Bowl aspirations. Del Rio knows he has a great offense to put points on the board, but will rely on Norton to shape up a unit that under preformed last season.

Do you feel like this is a make or break year for Ken Norton Jr? If the unit struggles early, could a move be made mid-season to Pagano? Let me know what you think in the comments below.