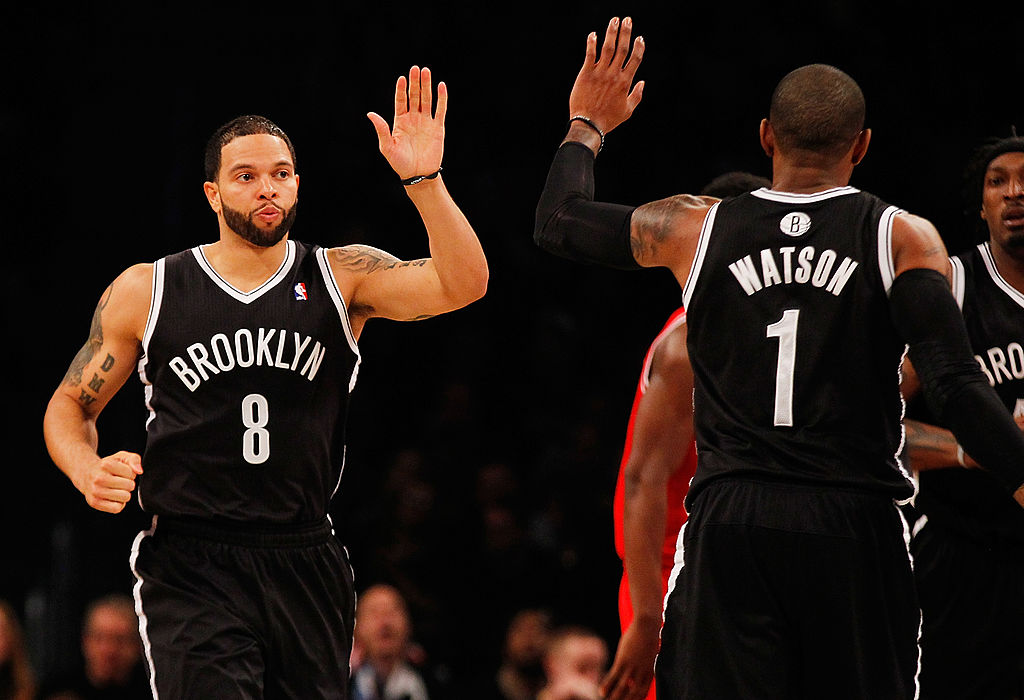 In his first appearance as Knicks General Manager, Scott Perry was clear in his belief that the Knicks need to add a veteran point guard. Unfortunately, the timing of his arrival at this point in the free agency period doesn’t leave New York with many options. What’s more, the team has already spent big bucks on Tim Hardaway Jr. and Ron Baker, which leaves them with little flexibility to do much else.

The Knicks only have about $1.5 million in cap space (plus the availability of veteran’s minimum contracts) left at its deposal. Certainly not in any particular rush to pull the trigger on any deal involving Carmelo Anthony, their options are limited. With slim pickings left available, here’s a look at who Perry could target as the Knicks still attempt to add that necessary veteran guard.

Williams’ incredibly poor showing in the NBA Finals last season could certainly be scaring off potential suitors, but that could work in the Knicks’ favor. The fact of the matter is he averaged 11 points and 5.6 assists during the regular season. Despite being an oft-injured guard, Williams still managed to appear in 64 games plus the postseason. Still without a deal for next season, New York could offer him what other teams most likely can’t: playing time. Williams could potentially play 25+ minutes per game and compete for a starting role this coming season. Frank Ntilikina may represent the future, but this team needs someone to bridge the gap. A three-time NBA all-star and a two-time Olympic gold medal winner, Williams could serve as a talented mentor while proving to the rest of the league he’s got plenty left in the tank to continue on for years to come. This could be a smart union for both sides.

Lawson’s career has been marred with off the court issues relating to alcohol as of late. Still, much like Williams, Lawson too was a serviceable player. He averaged 9.9 points and 4.8 assists in 69 appearances over the campaign. He may not be the ideal player to serve as a mentor to Ntilikina, but Lawson’s talent could likely be had at a cheap enough rate for the Knicks to consider offering him a deal. Playing for New York could allow Lawson to play a prominent role as he continues to stabilize his career. Though Perry wasn’t with the Kings last season, he could certainly ask around the organization and find out what his former colleagues thought of the 29 year old’s impact on the ball club last season.

After playing in China last season, Sloan is probably chomping at the bit for a chance at an NBA return. A journeyman of NBA, D-League, and international competition, Sloan probably has a steadier head on his shoulders as a gritty veteran. Nevertheless, his talent level is seemingly weaker than some of the more well known options out there. He’d be a serviceable backup and could be had at the veteran’s minimum, but Ntilikina could clearly be the starter over the 29 year old right away. The good news is that the Knicks have reportedly already inquired about Sloan’s services. Having last played in Brooklyn during his NBA career, the vet is familiar with the Big Apple.

Like Sloan, Watson would clearly serve as a backup in any situation with the Knicks. At 33 years old, he’s probably not going to give any team more than 20 minutes per game. Even playing that many minutes is a stretch. Watson averaged 4.5 points in 62 games last season. His game is not flashy by any means and he’s not likely to turn any heads with big numbers either. Still, he’s well recognized as a favored locker room guy in this league. A ten-year NBA vet, Watson just makes smart plays and has a good decision-making process. What’s more, he spent the last two seasons with the Orlando Magic, so Perry undoubtedly knows him well. If the Knicks take a little while to have Perry settle in before targeting any of the aforementioned players, Watson could stand tall as a secondary candidate. He is another former Brooklyn Net.