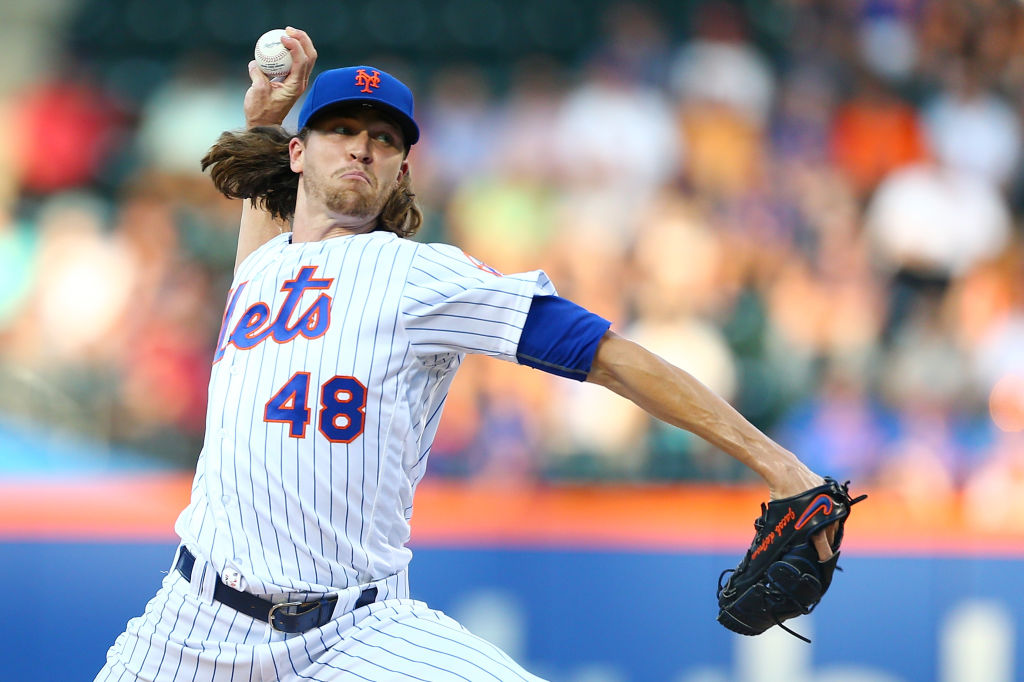 I’m starting to think Jacob deGrom is the Russell Westbrook of the Mets. He’s won seven straight starts now after giving up one run in six and 2/3’s on a night where he didn’t feel quite right, but gutted through his time on the mound on a night that felt like a bowl of soup. And when he leaves the game, things fall apart.

He left the game in the seventh inning, and in the eighth the Cardinals actually got the tying run to the plate in a game where they had already taken out three starters. And do you know how they got the tying run to the plate? That’s right, Jerry Blevins walked another pitcher. A pitcher who was a pinch hitter because Mike Matheny emptied his bench in the fourth inning. Addison Reed had to get a four out save because Jerry Blevins walked Adam Wainright (and also gave up two hits). But Reed ended the threat and got the save.

Jacob deGrom’s actual team is going to be split up. But how? Well, probably not how you thought. As Jay Bruce, the guy the Mets tried to peddle for chocolate chip muffins in the winter (if Sandy would have accepted bran muffins the deal might have gotten done) might be staying past this season.

The Mets’ preference is to trade Granderson and possibly make Bruce a qualifying offer at the end of the season, one source said. They then could retain Bruce on a one-year contract in the $18 million range, or receive a draft pick after Comp Round B, likely in the No. 70 to 75 range.

Funny how this pivot comes days after you started hearing about how much of a leader Jay Bruce has become in the clubhouse. For a team that overvalues clubhouse leadership and has been whining about how much the failures of this season has been because David Wright has been hurt and not been able to provide leadership, this isn’t a surprise. And this is not a coincidence. Now they have their excuse to not trade Bruce, and I’m sure they’ll come up with more reasons why nobody else gets traded. Bruce is a leader, can’t let him go. Jose Reyes is Amed Rosario’s mentor, can’t trade him. Asdrubal Cabrera is Satan, nobody wants him. Addison Reed is too good. T.J. Rivera is too marketable because he’s from the Bronx. Jerry Blevins cooks for the team. Lucas Duda makes Curtis Granderson laugh. Wilmer Flores will cry. Sorry, no farm system for you.