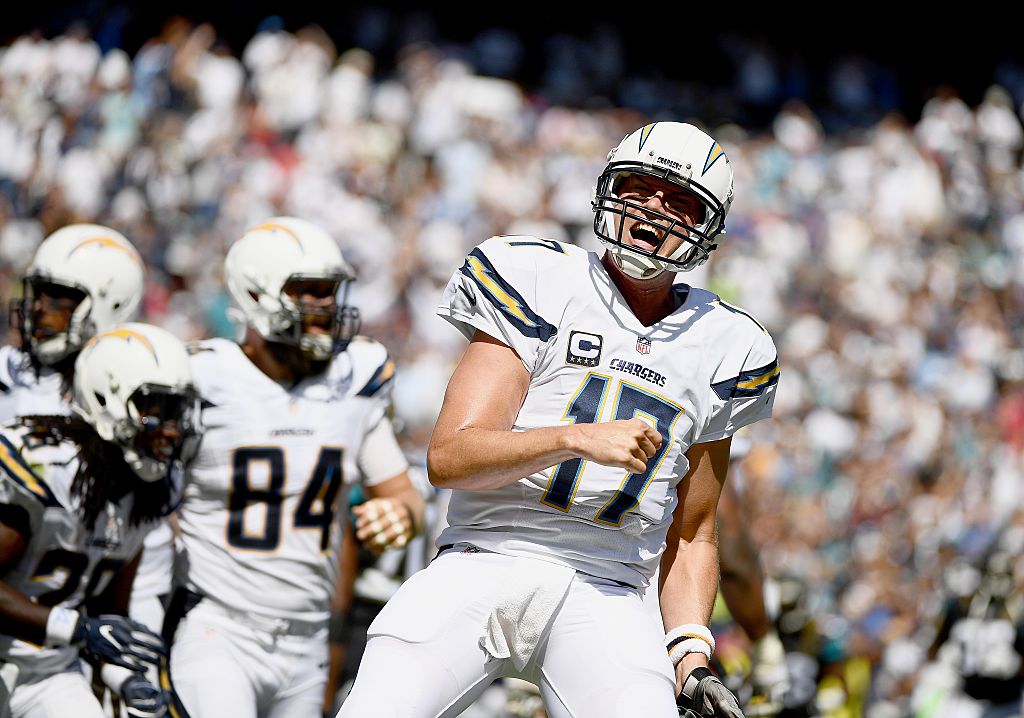 Philip Rivers has been the only reason the Chargers have been relevant. He has shown tremendous loyalty, passion and gives it his absolute best for this franchise.

For years the Chargers have been a roller coaster due to the lack of player personnel surrounding Rivers. Whether its special team’s issues, coaching, lack of weapons, a lack luster defense or the deflating injuries to key players, Rivers gave the squad 100 percent effort.

Rivers, who will be 36 by seasons end doesn’t have a lot of time before father time comes knocking on the door. The Chargers owe their franchise quarterback a roster that could help his final years in the NFL be commendable instead of abysmal.

Yes, at times Rivers can be a turnover machine. There have been times where I’ve turn the TV off after a crucial pick six here and fumble there.  Rivers has made his fair share of mistakes but in the end, the Chargers would be little to nothing if it wasn’t for his play.

This could potentially be one of Rivers and the Chargers best seasons in years. The number one issue the Chargers have had is protecting their Pro Bowl quarterback. The team has consistently let Rivers down when it comes to boosting their offensive line. Rivers is the traditional pocket quarterback, who thrives on destroying defenses from the pocket. He isn’t the new age mobile quarterback like Aaron Rodgers, Cam Newton, Marcus Mariota and Russell Wilson, just to name a few. Have you seen Rivers run? It’s not a pretty site.

Thankfully this offseason the Chargers front office had seen enough sacks and finally gave Rivers the protection he needs and deserves.

This year Rivers has the best array of talent on the offensive side on paper in his career. He still has his Hall of Fame bound target Antonio Gates and a potential future Pro Bowler in Hunter Henry at both tight ends spots.

Melvin Gordon is finally looking like that game breaking, every down running back the Chargers drafted to take the pressure off of Rivers.

Rivers has four legitimate targets on the outside. With Travis Benjamin, Keenan Allen, Tyrell Williams and the talented first round pick Mike Williams, look for Rivers air it out to these highly capable wide receivers. Just stay healthy, please!

Not to mention this underrated defense.

Pro-Bowlers Jason Verrett and Casey Hayward have become quite the cornerback tandem, and you need playmakers like that in this pass heavy offensive league. Alongside them is the 2016 Defensive Rookie of the Year Joey Bosa and pass rusher Melvin Ingram on the opposite side. They could be the next great pass rushing tandem which could make this defense even more respected and formidable.

Rivers has all the pieces to make this year and his remaining years one of his best. Are we going to see Rivers pull a John Elway and possibly win a Super Bowl on his way out?

The Los Angeles Chargers should be considered a sleeper team for the 2017-2018 NFL season. But Philip Rivers shouldn’t be a sleeper. He is a guy that almost took a team to the Super Bowl playing with a torn ACL.

Hopefully, Rivers can capitalize on this opportunity because his time is running out. Will he be considered one of the best quarterbacks ever without a Super Bowl victory? Or final reach pinnacle and lead this franchise to its first Super Bowl win.