Oilers Re-Sign Dillon Simpson: Is This It? 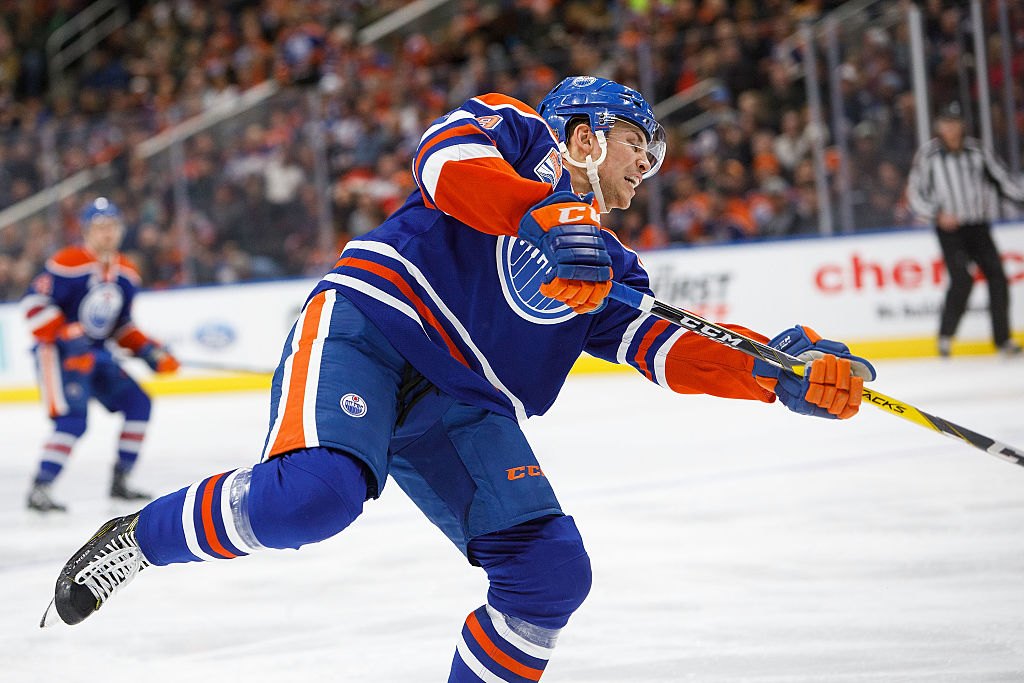 Oilers Re-Sign Dillon Simpson: Is This It?

Yesterday, the Edmonton Oilers re-signed Dillon Simpson to a one-year contract. According to Cap Friendly, the deal is worth $675,000 at the NHL level and $90,000 at the AHL level.

* Simpson was an RFA with Arb. rights who elected not to file.

This move brings back one of Bakersfield’s best defenders from a year ago and gives the Oilers yet another viable call-up option on the farm. Simpson, a 4th round pick in 2011, has evolved from a ‘draft and follow’ player that went the NCAA route to a viable NHL option at this point in his career.

While I would be stunned if Simpson made the NHL roster out of camp purely because of numbers, I wouldn’t be surprised if we saw him in at least ten NHL games this coming season. Simpson was calm and composed in his three games this past season, and with both Griffin Reinhart and Jordan Oesterle gone it makes sense that Simpson would get more looks.

Offense isn’t the calling card for Simpson, his 3-8-11 in 53 AHL games a year ago makes that clear, but he’s a reliable and steady defender who simply makes the right play most of the time. It isn’t sexy by any means, but that kind of player has real value in this sport.

As it stands now, Simpson is likely to be one of, if not the, top defender on the Condors come opening night. I think we’ll see Simpson get a long look in training camp and, eventually, see him in the NHL for a stretch. Injuries happen, and it will be nice to have a defender who I believe is NHL ready waiting for the call down in the AHL.

Lowetide pointed something out on his blog yesterday (here) that essentially confirms to us that the Oilers are done for the summer. The club, with the signing of Simpson, now sits at 50 contracts. As I’m sure most of you know, the limit of contracts an NHL team can have at any one time is 50.

Now, there is some breathing room here for the Oilers. The club has two slide rule contracts, meaning that when opening night rolls around the club will actually sit at 48 contracts. Both Dylan Wells and Tyler Benson will be back in junior hockey this season and won’t count towards the 50-man list.

The club could also sign Kailer Yamamoto, which I expect will happen around the open of training camp, and he too will count as a slide rule contract for the 2017-18 season.

Most teams, including the Oilers, like to operate with at least a little wiggle room under the contract limit. As Lowetide points out in his blog, this likely means that the Oilers 50-man list is “final final” at this time.

I wouldn’t rule out a training camp invite or two, it’s possible the team is willing to operate at 49 contracts come opening night, but I think what you see if what you get with this team. It isn’t perfect, but if the Jokinen and Auvitu bets pan out and Andrej Sekera returns healthy, well this team will have a chance.

I also think that Peter Chiarelli is saving his ammo for the trade deadline. Let’s be honest, Chiarelli knows that this team can compete for the Stanley Cup, but he has a lot of bets on his current roster. Come deadline time, he’ll have a better idea of which bets are working and which are not.

Operating under the 50-man limit will allow the Oilers to do what I expect they plan on doing, loading up come the deadline. That’s something to consider as we move forward this summer.

I think that’s the play here, by the way. Peter Chiarelli has done his summer work and will now wait until the deadline. Is it risky? Absolutely it is, but if Chiarelli thinks this team has a shot come late February, he’ll load up. I’ve seen it before in Boston, and I’ve seen it work out in a big way.