Andrew Wiggins and His Max Deal 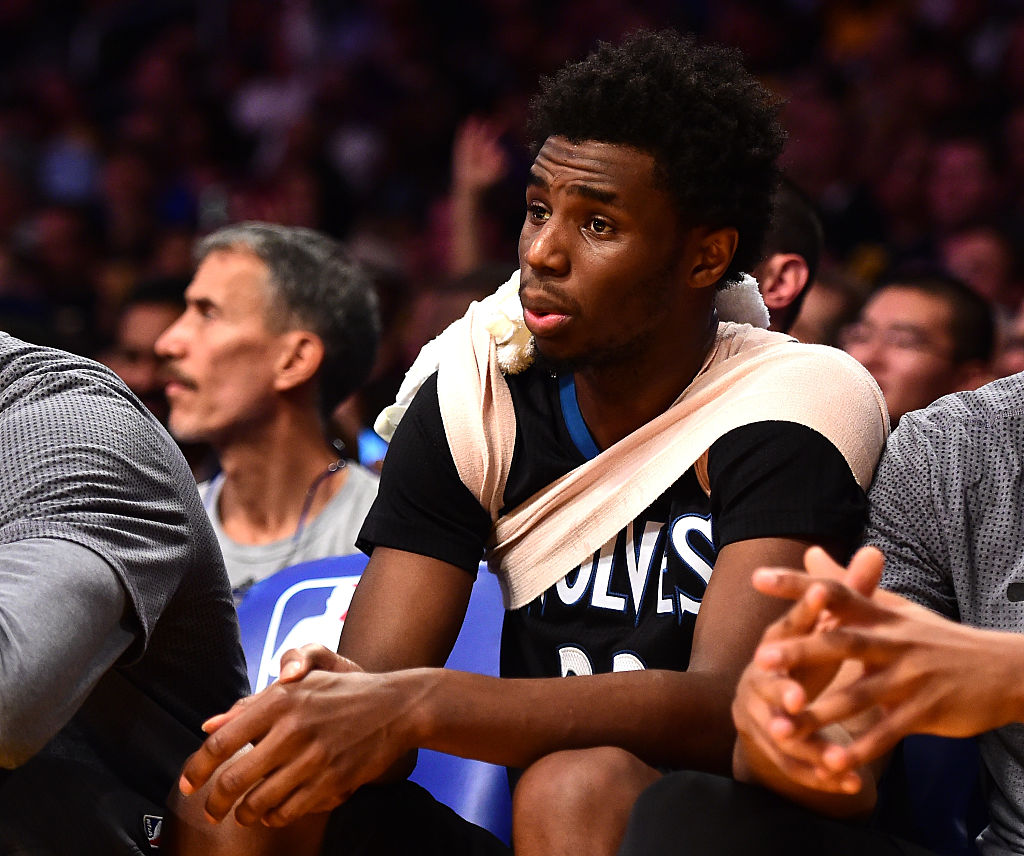 Andrew Wiggins and His Max Deal

Andrew Wiggins is entering the fourth year of his budding NBA career.  This means that the 22 year old wing is now eligible for a contract extension.

Reports, including those issued by Jerry Zgoda of the Star Tribune, suggest that Wiggins will command a designated max deal nearing $150 million over five years.  This has always seemed like a foregone conclusion since the moment he arrived in Minnesota, billed as a cornerstone to the new look Timberwolves.

Based on his performance over the first three years of his NBA campaign, there is logical reason for both justification and bristling over this deal.

Wiggins, who averaged over 23 points per game in the 2016-17 season, has shown tangible growth on the offensive end and remarkable durability in each season played.

His three point shooting percentage has grown from 31% to 35.6% since his rookie season.  Andrew also raised his rookie PER of 13.9 to 16.5 in each of the last two years.

Of 246 possible games, Wiggins has played in and started 245.  He has also never averaged less than 35 minutes per game in his young career.  As a member of an organization headed by Tom Thibodeau, Andrew’s durability and penchant for playing big minutes will be thoroughly utilized for years ahead.

On the other hand, Wiggins has underwhelmed on defense and as a facilitator.

Five Thirty Eight rated Andrew Wiggins as the “Least Defensive Player” of the 2016-17 season.  They gave the following explanation:

“When Wiggins contests a shot, opponents have a 56.1 effective field goal percentage; when they are unguarded, they have a 56.4 eFG percentage. Fundamentally, getting a shot up against Andrew Wiggins is the same as getting an open shot.”

Taking into consideration his role on the defense, Wiggins was tasked on a nightly basis with guarding the best wing option on opposing teams.  This consistently meant a battle with the likes of Kevin Durant, Kawhi Leonard, and James Harden in the stacked Western Conference.

Regardless, for a player highly anticipated coming out of college due in large part to his defensive capabilities, Wiggins has failed to live up to expectations (some reasonable and some not).

In addition to the defensive shortcomings in his young career, Wiggins has yet to impress with an ability to facilitate offense for teammates.

It should be expected of a ball dominant (29% usage rate) wing like Wiggins that they get their teammates involved and keep the offense moving.  Andrew has posted a career 10.2% assist rate as compared to a 10.4% turnover rate.

A 22 year old player like Andrew Wiggins is absolutely expected to have highlights and shortcomings to his game.

Do the Wolves see the potential in a young scoring wing who has ranked in the top ten of minutes played each of his seasons?  Do they see the young man with the physical tools to develop as a defender and facilitator under the tutelage of Jimmy Butler?

For a contract that (as noted in the CBA FAQ) will fall between 25-30% of the salary cap, a projected number could end up around $148 million.

How does this compare to other players recently signed to extensions off their rookie deals?

We’ll take a look at three players who received extensions last year and how their values reflect on Wiggins in his quest for a max extension.

All stats are recorded through each player’s third year of service in the league.

McCollum, the sharp shooting swingman from Portland, received a four year max last offseason.  Shooting an exceptional 40.8% from deep and recording a 17.5% assist rate stand out as positives over Andrew’s game.

Worth noting is that McCollum was three years older than Wiggins in his third year of service, placing him that much closer to the expected “prime” of an NBA player’s career.

In spite of the age difference, Wiggins and McCollum equal posted career PERs of 15.7.

The Greek Freak, an athletically transcendent player, accepted a four year extension for less than max money from the Bucks.

Giannis registers higher ratings in many statistical categories and watching him play solidifies the theory that, at this point in his career, his game is much more well rounded than Andrew’s.

Positives aside, Antetokounmpo posted worse PER, points per game, and turnover rates than Wiggins.

While it appears that Giannis will provide excellent value for the Bucks under max value, his contract should be viewed as an outlier than the standard for a talented young wing.

Oladipo’s role in his first three years of the league were not the same as Andrew’s.

Wiggins, from the moment he arrived in Minnesota has been the primary offensive option, even after the team drafted enigmatic center Karl-Anthony Towns.

Oladipo functions off the ball as a slasher and spot up shooter.

His salary accurately reflects his role on a team, not as an alpha but as a competent beta.

With a higher assist rate and much stronger defensive abilities, his skill set is much different from Andrew’s.  His points per game and turnover rate are net negatives compared to Wiggins.

Especially considering the undeniable gap in defensive and facilitating abilities, is Andrew worth over $5 million more per year than Oladipo?

Is Andrew Wiggins worth nearly $150 million over five years?

If we are analyzing statistics and contracts in a vacuum, his contract should look a bit more like Antetokounmpo’s.

At the end of the day, the league landscape and contract values are fluid.  This exercise proves that Wiggins is at least in the ballpark of deserving max money.

Considering the fact that you need to draft or acquire one of these talented young players in order to offer them an extension, the Timberwolves would do well to keep their potential young stars in house and happy.

Especially during the franchise’s current path of ascension, it is not worth a few million dollars saved to risk their future with Wiggins in restricted free agency (see Gordon Hayward…).

While restricted free agency wouldn’t cost the team any more money than they’re able to offer Wiggins today, it could back them into a corner with shorter contract lengths and potential player options.

Also worth considering is that the team will almost definitely be operating over the salary cap next offseason with a Wiggins max extension, Butler contract, and impending max deal for Towns.  That minimizes the downside of a max deal for Wiggins even further, as the few million dollars saved would not net the team a meaningful player.

Long story short, the Timberwolves need to secure this extension with Wiggins as soon as possible.  While there are other things the team could do to improve and there’s an argument to be made that he may not be quite deserving of the maximum allowed contract, a bird in the hand is always better than two in the bush.