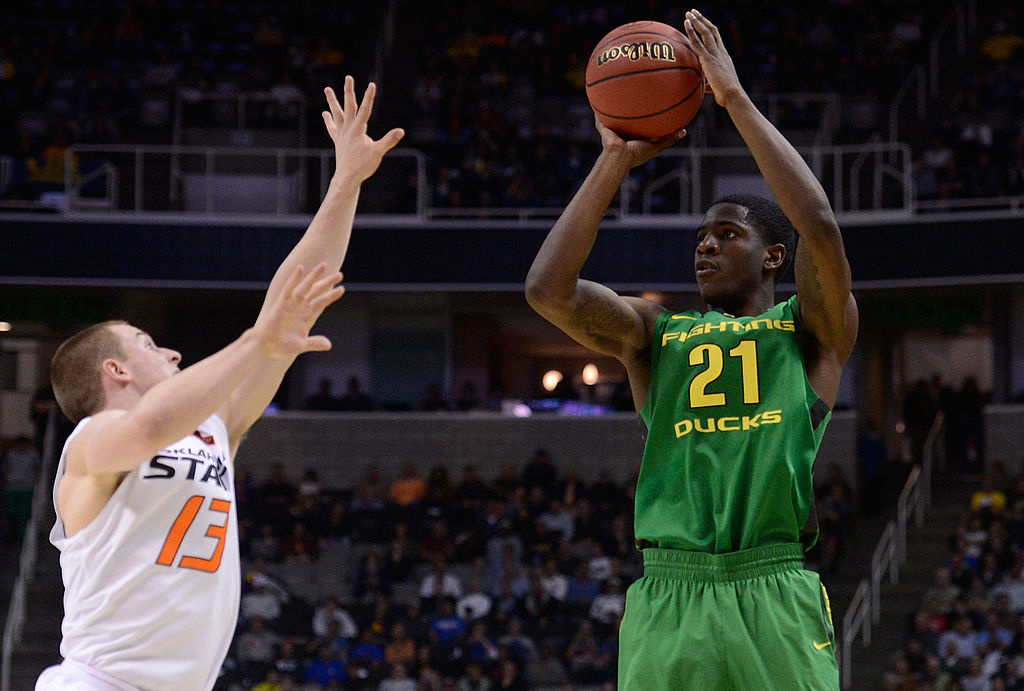 Damyean Dotson's deal with the Knicks is a 3-year contract, per league sources. Two years of the deal are fully guaranteed, sources say.

According to Ian Begley, the Knicks have finally come to terms with Damyean Dotson, their 2017 NBA Draft second round choice and the 44th pick overall. This should come as somewhat of a relief, as the team was otherwise pressed for cap room after signing Tim Hardaway Jr earlier this month.

As Bobby Marks notes, the team could still have room to sign another young player, if they choose to strategically do so before officially inking Ron Baker to his agreed upon deal. That will help them fill another roster spot and target another prospect to stay within the lines of their collective vision for an increased dedication to player development.

As far as Dotson is concerned, he too looks like another solid draft choice by Knickerbocker brass. Amid so many struggles, the team’s ability to identify promising young talent has only gotten stronger. His selection has been met with glowing praise around the league, as many scouts and executives were impressed by Dotson’s strong showing at the Portsmouth Invitational Tournament this past spring. Signing him for two guaranteed years should give the organization the time and flexibility to see his development through.

Though New York went winless during 2017 Orlando Summer League, Dotson proved to be a rare bright spot. He logged averages of 12.8 points (on 48% shooting both from the field and beyond the arc), 5 rebounds, and 2.6 assists. He’s very athletic and seems to be a relatively quick learner. He already has a high basketball IQ, as evidenced by his ability to run the floor and pick his right spots for easy offensive opportunities. The 23 year old has good on-the-court instincts.

The Knicks certainly could (and should) have rewarded Justin Holiday and kept him in the fold for the contract he signed with the Bulls earlier in the offseason. New York let him get away. That said, perhaps they saw the potential in Dotson necessary to eventually step up and fill a similar enough role.