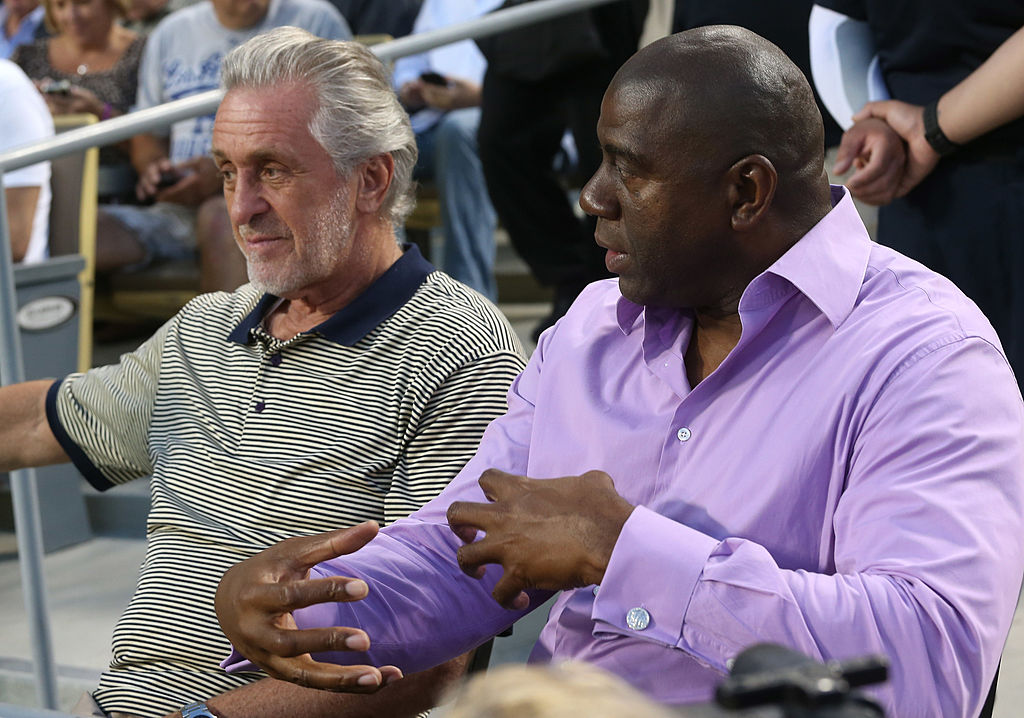 Generally late-July is pretty slow for NBA teams with the expected offseason respite from the playoffs, draft, free agency, and summer league, leading up to training camp and the beginning of the next season.

This season has been very different even if all the marquee free agents have been signed. It’s time for all the GM’s in the league to air their dirty laundry on a conference call. Below is a transcript from their conversation over the weekend:

Danny Ainge: Hey guys! Just a pre-emptive statement before everyone makes me an offer. Our assets are NOT for sale!

Koby Altman: OK Danny, we will have to trade Kyrie to one of the other 28 teams then. He told us Boston was too cold for him anyways.

Vlade Divac: When did Kobe become a GM?

Doc Rivers: Who is Koby Altman?

Bryan Colangelo: I have no clue who Koby Altman is, but Jahlil Okafor is available. He puts up 20 and 10 in his sleep.

Vlade Divac: Bryan how about 2019 and 2020 pick swaps for Okafor? We need a center that can score in the post.

Daryl Morey: Vlade are you sure you want to make that offer?

Adam Silver: Vlade, you aren’t allowed to trade pick swaps for the next eight years. It’s a rule in the new CBA exclusively to the Kings. I wrote it in invisible ink.

Donnie Nelson: Bryan, we can offer you a top-25 protected first round pick this year, which turns into two seconds.

Pat Riley: Hold on, Adam Silver is on the call? I thought this was GM’s only. Speaking of which, why the heck is Magic here too? Fuck it, I’m out. I’ve put my time in. Want to make a deal with me? Fly down to Miami and let’s have some wine.

Sean Marks: Anyone need to unload some contracts? We are open for business provided we get some actual first round picks.

Bryan Colangelo: It’s okay, daddy has my back. Right Adam?

Adam Silver: I don’t know what you are talking about?

Arturas Karnisovas: Sean, we would trade Faried and a first for LeVert and RHJ.

Sam Presti: That’s ownership, not me!

Bob Myers: Oh hey folks. Just listening in, but I think we are good on all fronts. Pretty happy with our team right now. Talk later. Bye.

Neil Olshey: Nobody wants Reggie. Sean you still on? We will give you Evan Turner and two top-10 protected firsts for Trevor Booker.

Kevin Pritchard: Myles Turner and a first for Melo.

Scott Perry: Damn Ernie that offer is terrible. Everyone else, let me dial in Steve Mills and we will let you know if Melo is willing to waive his trade clause

Steve Mills: Just spoke to Melo. We were only willing to agree to the Bucks and Wolves offers. Melo wasn’t willing to move to Milwaukee. He surprisingly IS willing to waive his no-trade clause to play with KAT and Jimmy Butler!

Danny Ainge: Darnit. We were SO close to getting Melo!

Adam Silver: This might be the first good Knicks deal I’ve had to put through as commissioner!

Travis Schlenk: Too bad they paid Tim Hardaway Jr. $74 million to back up Andrew Wiggins.

Adam Silver: Travis, just make sure you don’t tank too blatantly. We prefer ineptitude over gaming the lottery system.

Jerry Colangelo: I’m ready to help any time you need me Adam, but I’m never moving to Atlanta. #Skype

Adrian Wojnarowski: Y’all need to chill out, my fingers are more sore from tweeting today than they were on draft night!

In conclusion: Melo is on the Wolves, Wiggins is on the Knicks, Cousins is on the Cavs, Kyrie is on the Pelicans, Turner is on the Nets, Booker is on the Blazers, and Jahlil Okafor is re-united with Nerlens Noel on the Mavericks if they presumably ever agree to a contract extension.