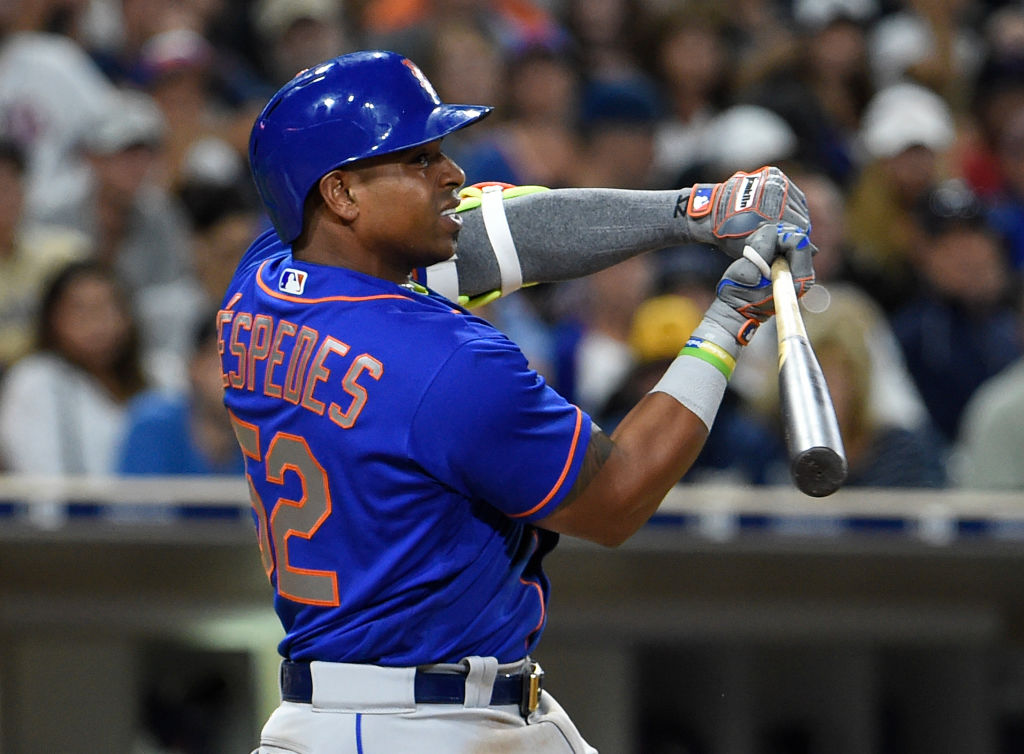 Yoenis Cespedes has shown up to the party. But it’s kind of a lame party where the chips are stale and the music is from the Phil Collins sappy ballad era. But Yoenis is here, at least. And he brought the expensive beer and the good music. I mean, the party will still end at about 6:10 on October 1st, but who are we to quibble? Let’s enjoy Cespedes while he has all his limbs attached.

Cespedes hit a first inning home run against Kyle Lloyd, who was called up at the last minute to push back Jhoulys Chacin to tonight which was when I thought “well crap there goes this game.” But the Mets actually got to Lloyd second time through the lineup with three runs in the fourth and fifth innings. It was after the Padres tied it that things got weird, as in the seventh inning Cespedes hit an excuse me check swing that wound up being an RBI triple down the right field line, and then came home on a wild throw to third to complete the latest little league home run which proved to be the difference. Cespedes looked great going around the bases to third, and seemed to slow down a little bit coming home after a pop-up slide. But it was great to see him make it around the bases fluently, with his helmet flying off his head exposing a hair tint that started out blue but now looks like it’s a fresh shade of mildew.

Of course, he left the game with quad tightness. Party’s over.

Addison Reed gave up another run in a ninth inning on Dusty Coleman’s first major league hit, which will do wonders for his trade value. But Reed retired the next batter to end it and give the Mets their sixth victory in seven games. Asdrubal Cabrera played third base again and at one point forgot to shift against a lefty batter until the last minute, which will do wonders for his trade value. But Cabrera also drove in a run and is hitting .278 with an .802 OPS since that trade demand blurted out of his mouth. If everybody had demanded trades in April, perhaps the Mets wouldn’t be in such bad shape. But Cabrera’s value rising could lead to his departure, which could finally lead to the start of the Amed Rosario era. Perhaps we’ll finally be at a party with good snacks.