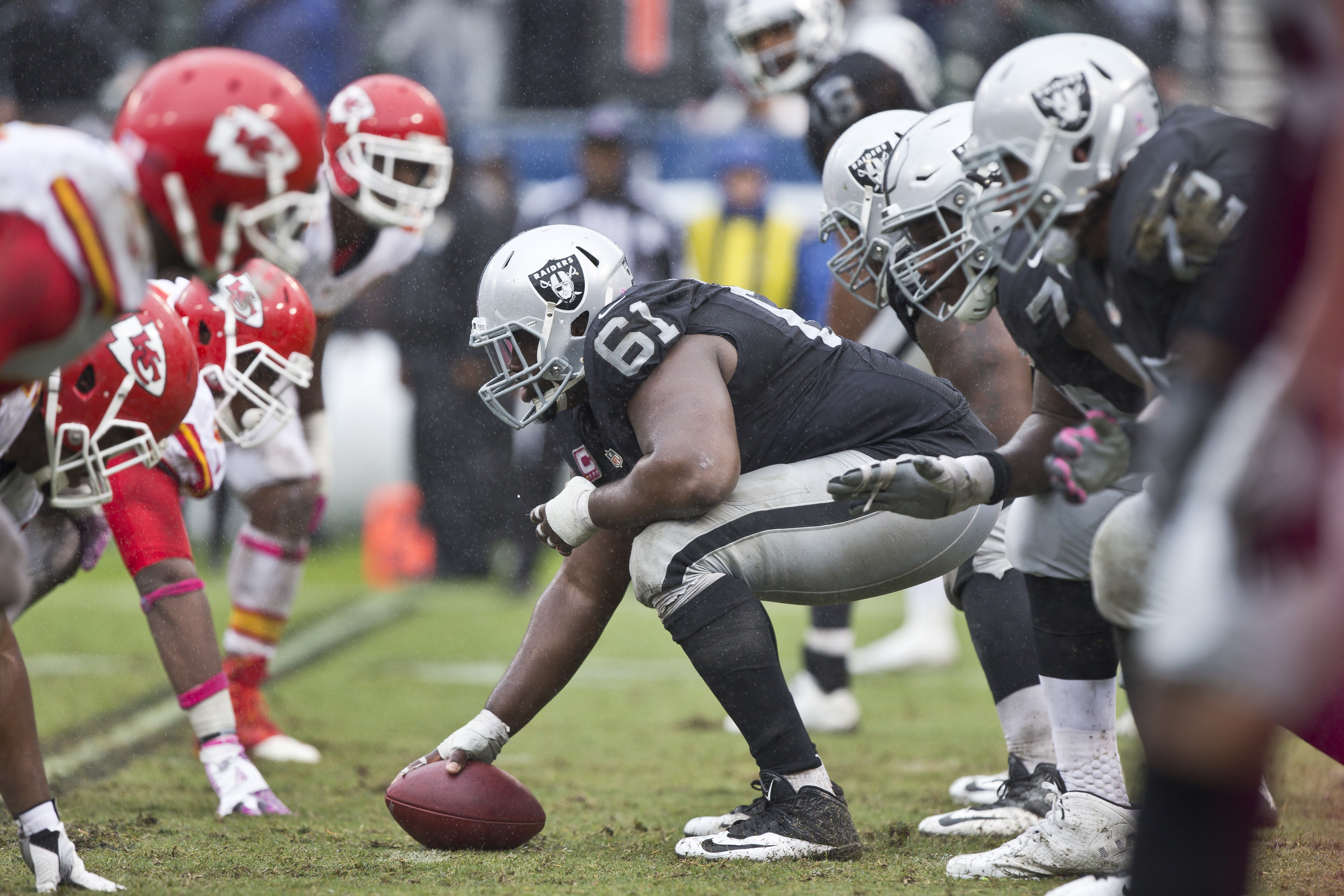 The Oakland Raiders head into training camp this week with high expectations. Las Vegas currently (as of June 9th) has their Super Bowl LII odds at 12-1, tied for fourth with Pittsburgh and Seattle. The Raiders return the majority of their dominant offensive line from last season and Reggie McKenzie was able to add some more fire power to an already talented group on offense. Equally important, the team used four of their top five draft picks on defense this past NFL draft. With these new faces on the team, let’s take a closer look at potential moves and notes heading into training camp.

Last season, James started five games for the Silver and Black but struggled at times to keep up with the NFL speed. Heeney had a decent rookie season in 2015 but was hurt the majority of the year with an ankle injury in 2016. As a result, McKenzie brought in Jenkins this off-season to see if he can rekindle the magic he had early in his career. The former Florida Gator had a strong sophomore season in 2014, but like Heeney injured the bulk of last season. Lastly, the rookie Lee will need a strong showing in training camp and the preseason to win some reps at the position this season. James and Jenkins look like the front runners heading into camp but keep an eye on Lee’s development over the next few weeks.

Last season, Sean Smith’s play was criticized by many experts and fans because of the long touchdowns he gave up. None more so than the 98-yard touchdown bomb Brandin Cooks caught week 1 for the Saints. In reality, Smith wasn’t that bad in 2016. In fact, the 30-year-old corner finished as the #18 cornerback in the NFL, according to Pro Football Focus.

When Smith wasn’t lined up against speed WR’s like Cooks or Travis Benjamin, he played well. First round selection Gareon Conley, if his charges are dropped, could take some of the burden off Smith’s shoulders with regards to the quicker wide receiver.

Nonetheless, Smith is in the last year of guaranteed money with the Raiders, making him expendable at the end of the season. Smith will have to prove to McKenzie that he deserves the hefty price tag in 2018 with his play this season.

Taiwan Jones has been the definition of a “team player” for the Raiders. Drafted as a running back out of Eastern Washington in 2011, Jones made the switch to defensive back in 2014 for then Head Coach Dennis Allen. The move was needed at the time because of the lack of depth at the position. Then he switched back to running back the following year. During that time, you never heard Jones complain.

Unfortunately, the 2017 training camp will be the final time Jones wears a Raider jersey. Newly acquired running back Marshawn Lynch will start for the offense, with Jalen Richard and DeAndre Washington rotating in to give Lynch some breaks. The last spot will go to seventh round pick Elijah Hood.

The 2016 AP All-Pro returner was signed this offseason for two things. To compete for the No. 3 WR spot with Seth Roberts, and more importantly, to give the Raiders something they haven’t had in quite some time, a threat at kick returner. Case in point, Oakland hasn’t returned a kickoff for a touchdown since 2011. On the other hand, Cordarrelle Patterson has five kick return touchdowns since 2013. Having a guy like Patterson, who owns a career average of 30.4 yards per return, puts that much more pressure on a defense.

The Raider defenses have struggled mightily with covering the tight end the last two seasons. From pro bowl tight ends Travis Kelce and Tyler Eifert to lesser known players Crockett Gillmore and Jacob Tamme, the safety position has had no answer to the tight end position.

Insert 2017 second round pick Obi Melifonwu. The former UCONN Huskie will be asked to learn fast at this week’s training camp and during next month’s preseason games. Melifonwu has the talent, size, tools to make an impact in that area right away. His quick development is needed and necessary for the Raiders this season, especially with tight ends Jordan Reed, Rob Gronkowski, and Kelce on the schedule this upcoming season.

Take a look back at second round pick @Obi_1nOnly journey to becoming a member of the Silver & Black. pic.twitter.com/Ud6gwZArar

Do you agree with these training camp battles and impact players? If not, let me know in the comments below.