The Realist - Is Colin Kaepernick being Blacklisted? 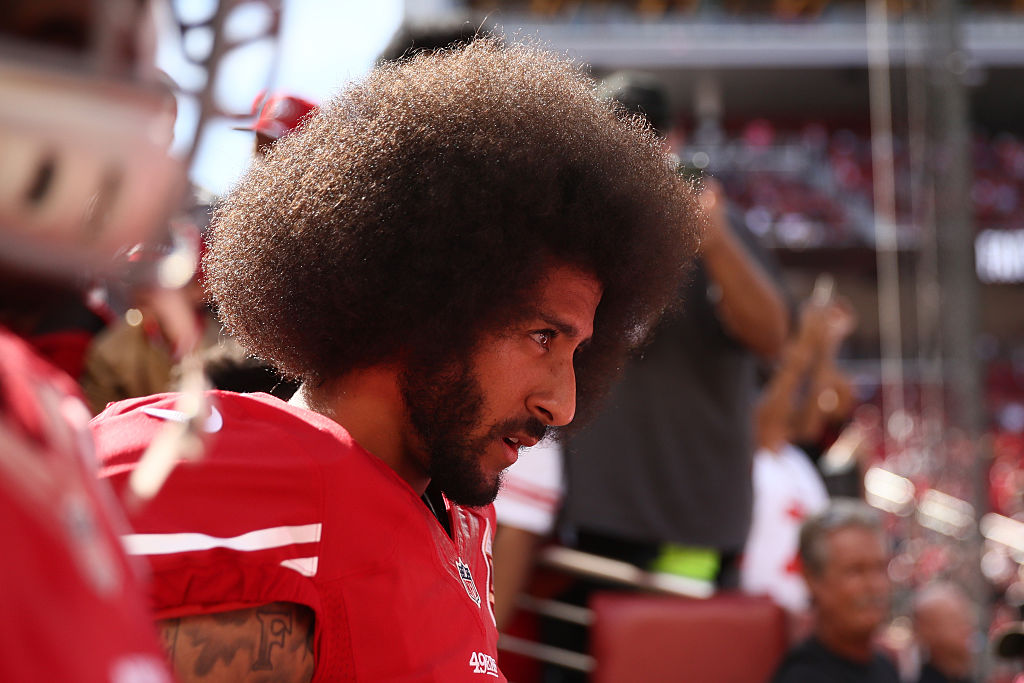 The Realist - Is Colin Kaepernick being Blacklisted?

NFL training camps begun this week. Many players rolled into camp this week to begin the work that goes into preparing for an NFL season. Pittsburgh Steelers wide receiver Antonio Brown continues to “wow” me with how he arrives. This year, he arrived to camp in a 1930s era Rolls Royce — complete with driver. Cam Newton is already beginning his interesting press conference attire — much to my glee and editor Jovan Alford’s confusion.

One name that wasn’t in any camp this year is quarterback Colin Kaepernick. Kaepernick has been a polarizing figure in the NFL since last year’s pre-season when he decided to sit during the National Anthem. His sitting was a silent protest to the killing of unarmed African-American’s by police in the United States. The sitting protest turned into a kneeling protest later on in the season, and he currently sits in his home without an NFL contract when guys like Dan Orlovsky (no, seriously) have NFL contracts.

This leads me to the latest episode of The Realist — which I recorded with the editor of Total Sports Live, Jovan Alford. The question is simple, and the debate might be complicated. Is Colin Kaepernick being “blacklisted” by the NFL and/or its owners? Yesterday, the Baltimore Ravens learned that their quarterback, Joe Flacco, injured his back while training in the weight room. Could this be the eventual landing spot for Kaepernick? It has not happened, yet, but many journalists and columnists will be paying attention over the next 48-72 hours.