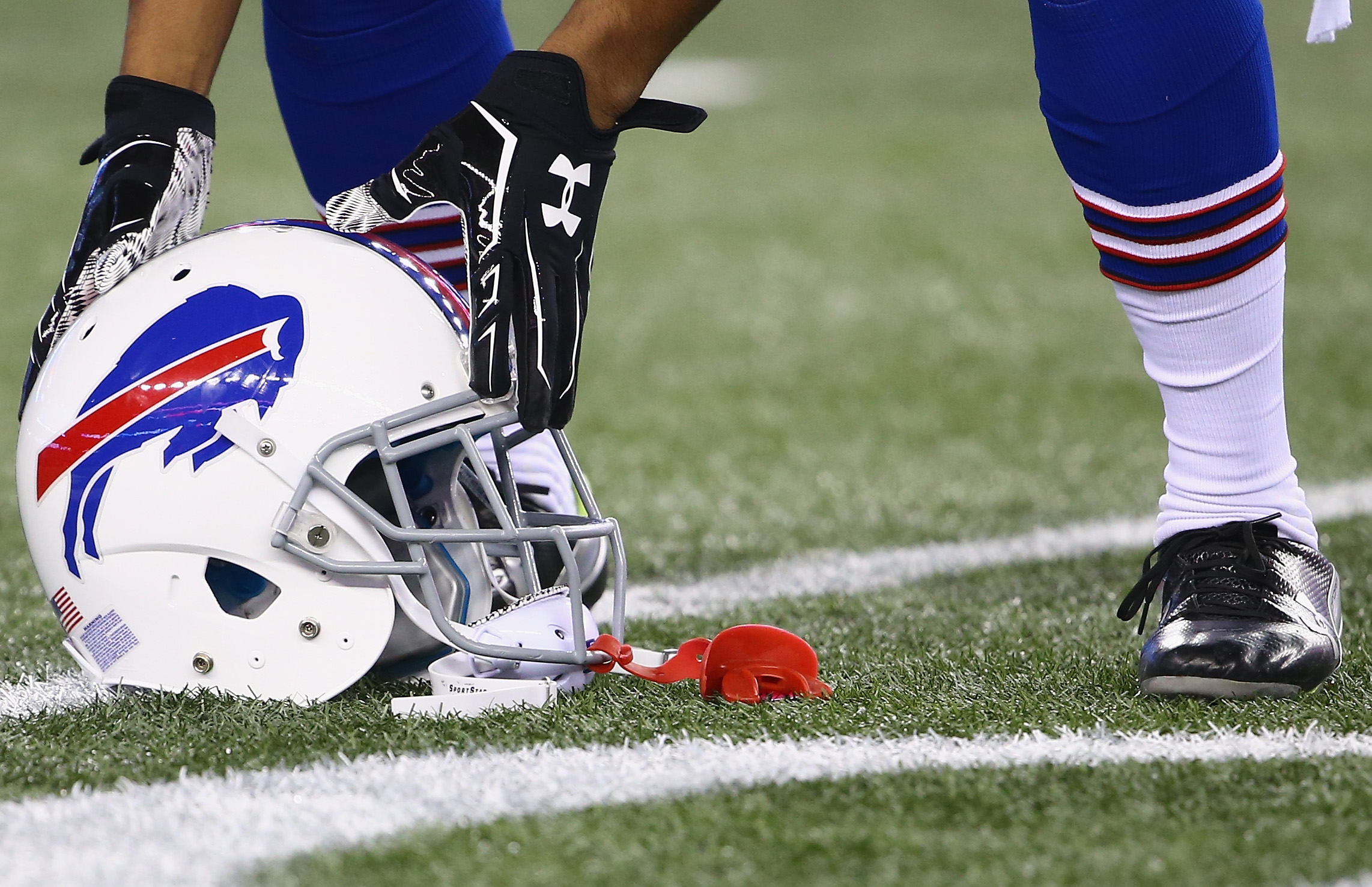 Ok, so who is ready for some football? Specifically, Bills football? Show of hands? Anyone?

I know some of you reading this might be actually really excited for the 2017 Bills season, so I don’t want to ruin things for you just quite yet. I’d want to be excited too. This upcoming football season sure beats the hell out of discussing our country’s political state with your racist Baby Boomer uncle. Plus, there’s beer. And gambling. And rooting for the Chiefs to lose, which we all can get behind.

But as we begin the start of training camp in Pittsford, I just can’t find much reason to get psyched up for this Bills team.

I guess this is the result of 17 consecutive seasons of watching other teams play in the playoffs. Things have gone wrong here in Buffalo year after year after year, so why would I think anything is going to be different now?

Well there is a new coach. It’s not Rex Ryan and his stupid truck, dumb challenges, and overtime punts. It’s Sean McDermott. Is that exciting? Meh, not really. I’m not here to say the McDermott is going to be another Bills coaching flop. I have no idea yet. But he doesn’t look or sound any different than the Marrones, Jaurons, and Williamses that came before him. His resume is pretty good – he rose up the coaching ranks as an Eagles assistant under Andy Reid and helped coordinate a highly-ranked defense in Carolina. But he hardly inspires excitement. He’s the fifth defensive-minded head coach the Bills have hired since Marv Levy retired, which means expect more conservative, grind it out football that will likely have me switching over to the Red Zone Channel on Sundays this fall after the Bills punt from the opponents’ 39.

McDermott is tasked with stopping the Bills downward slide since their 9-7 2014 season. In the two Rex seasons that followed, the Bills went 8-8 and 7-9. The new coach’s first move toward getting the Bills back above .500 was removing video games and a pool table from the locker room. Say what now? Yea, apparently that is the missing formula this team has been lacking. It’s good that the Bills new regime has their priorities in order. Removing any hint of fun from the locker room will definitely help them when they close the season at New England and Miami. I mean, at least they’ll be prepared to be miserable come Christmas.

McDermott has talked often this offseason about reshaping the culture in the organization, from the font office to the ball boys. He’s all about installing a new attitude and atmosphere based on character and discipline. Sounds interesting. There are a lot of buzz words here, but I’m not sure they mean anything. They just sound like a bunch of gobbledygook that looks impressive on a press release. I don’t know how much McDermott can rely on “culture” when he needs to make a decision on when to use his last timeout during a two-minute drill.

The Bills have brought in coaches who talked a big game about changing things around here before. Gregg Williams said they would lead the league in defense. Doug Marrone said he was a “New Yorker” and was excited to move his family here. Rex Ryan said to get ready, because we’re going. Mike Mularkey talked about sails being taken out of wind. What reason is there to believe that McDermott, with all this talk about culture and attitude, has something these other guys didn’t? There’s no way to know until he starts making decisions on game day, but I think I would expect more of the same from the Bills’ sideline.

So what else is there to be excited for with the 2017 Buffalo Bills? Tyrod is back. That’s actually pretty cool. I like Tyrod a lot and enjoy watching him make plays. He might be the best quarterback the Bills have had in this 17-year drought. That said, he’s still not great. Tyrod has proven to be efficient on specific throws. He’s also demonstrated a great deep ball. He has struggled to make anticipation throws. He often runs into sacks. He too often takes a check down instead of a mid-range throw downfield.

Tyrod can make some plays, so is his supporting cast improved? Well they bring back LeSean McCoy. He was awesome in 2016. He’ll also be 29 in 2017. At what point does age begin to limit his effectiveness? I would think soon we’ll see McCoy’s play take a big tumble downhill. But it doesn’t have to be this season.

Taylor will have a healthy Sammy Watkins back catching passes. He only played in eight games last season. He’s pretty awesome too when on the field. The Bills declined to pick up his fifth-year option for 2018, so he might be gone in free agency after posting monster numbers this season. Fun stuff. The other receivers are…not great I’d say. They have a rookie second round pick (Zay Jones) who might be good, but how much should you count on a rookie second round pick? After that, it’s the pu pu platter of Andre Holmes, Corey Brown, Walt Powell, and others.

Charles Clay played pretty well last year. He might catch 50+ balls again. Nick O’Leary is still the no. 2 tight end. So the tight end spot is still average at best.

Rex is gone, so the defense will probably get better. McDermott should know what he’s doing on that side of the ball. Does he have the talent he needs, though? Kyle Williams, Marcell Dareus, and Jerry Hughes are all here, but all another year old. Should I expect that they’ll be good? What about Shaq Lawson? Is he going to be healthy or good?

McDermott’s defense is predicated on having speedy, talented linebackers. I’m not sure the Bills have that. Reggie Ragland is another guy coming off injury who might be good or might be relegated to the bench. Preston Brown has a great Twitter, but hasn’t been very good since 2014. They signed Gerald Hodges from San Francisco who has had some good seasons in the league, but isn’t a game changer for this defense.

The secondary was definitely a weak spot last season and looks like it might be weak again this year. They used a first round pick on a corner, Tre’Davious White, because the Bills love drafting corners in the first round. He’ll need to be good right away because the Bills other corners are Ronald Darby and a handful of tackling dummies. They signed two new safeties (Micah Hyde and Jordan Poyer) to upgrade their weakest position last season. They’re still not good there.

The point is that I just don’t see how the Bills are going to be a playoff contender this year. I haven’t even mentioned the schedule, which doesn’t look friendly. In case you forgot, New England is still in the division, so winning the AFC East is out the window. There are many teams in the AFC I would say are better than them. It doesn’t look good.

It seems the experts agree with me. USA Today projected the Bills to finish 4-12.  Only the Jets and Browns have longer odds in the AFC to go to the Super Bowl, according to Vegas. And honestly, why would you think this team is suddenly going to rise up and actually make the playoffs? I mean shouldn’t you know better?

My advice would be to keep your expectations low for the 2017 Buffalo Bills season. Maybe try watching some college football instead. There is a plethora of interesting quarterbacks to keep an eye on across the nation (watch USC and UCLA games, FYI). Make sure your fridge is stocked up with plenty of cold beer for football Sundays (Big Ditch? CBW? Resurgence?). If there’s one thing we know how to do well here in Buffalo, it’s how to react to Bills losses. You honestly should shrug because, duh, what were you expecting?

If it makes you feel any better, I think the Chiefs finish below .500 as well. 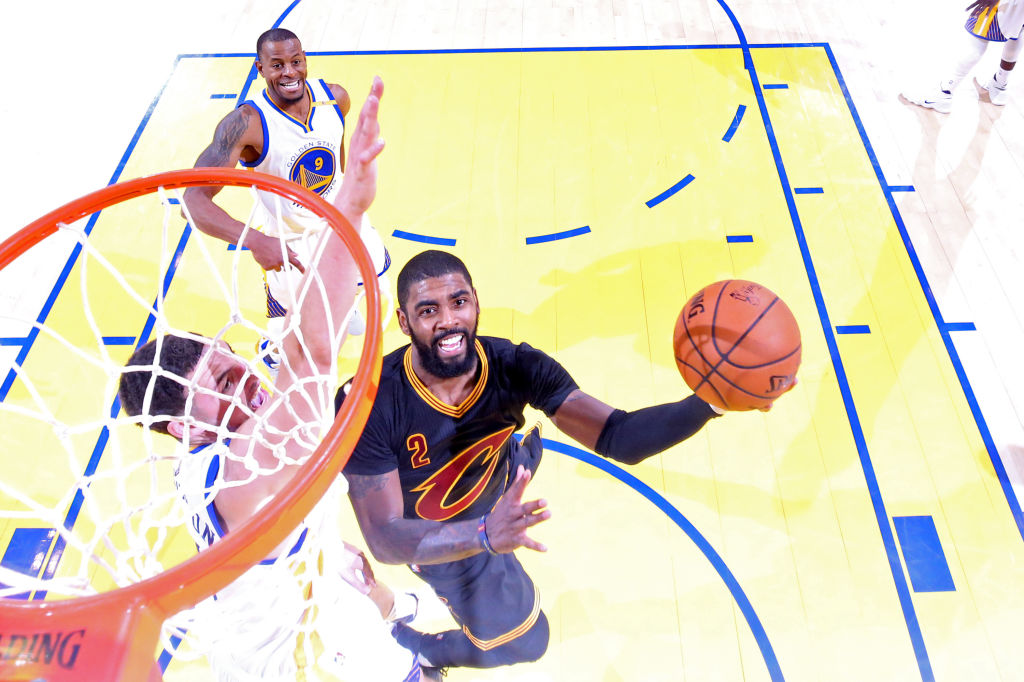 Do Knicks Have Ability To Give Cavaliers Enough For Kyrie Irving?

The race for Kyrie Irving is on, and according to ESPN’s Adrian Wojnarowski, the Knicks are one of six teams to have made a formal...