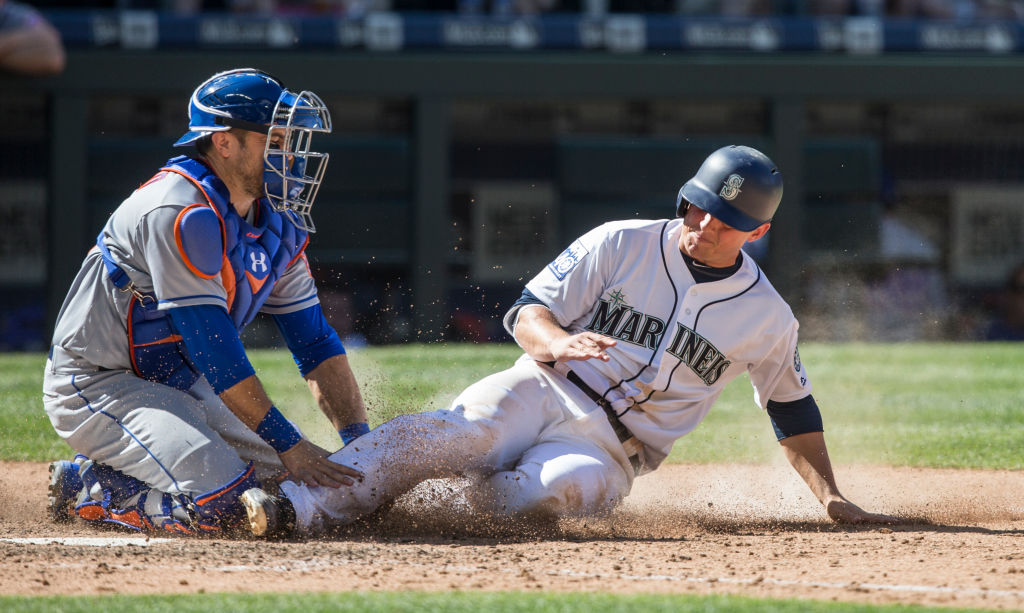 All good things must come to an end, and the New York Mets (48-54) experienced that yesterday. Jacob deGrom’s eight start winning streak was snapped by the Seattle Mariners (52-53), who picked up a 3-2 win over the Mets yesterday afternoon to even the three game series at one a piece. The Mets and Mariners will wrap up their three game set this afternoon, a game that could be the final one for several New York players with tomorrow’s trade deadline looming. First pitch for the series finale is scheduled for 4:10 pm at Safeco Park.

SEATTLE, WA – JULY 29: Catcher Travis d’Arnaud #18 of the New York Mets tags out Kyle Seager #15 of the Seattle Mariners on a ball hit by Danny Valencia #26 of the Seattle Mariners during the eighth inning of an interleague game at Safeco Field on July 29, 2017 in Seattle, Washington. The Mariners won the game 3-2. (Photo by Stephen Brashear/Getty Images)