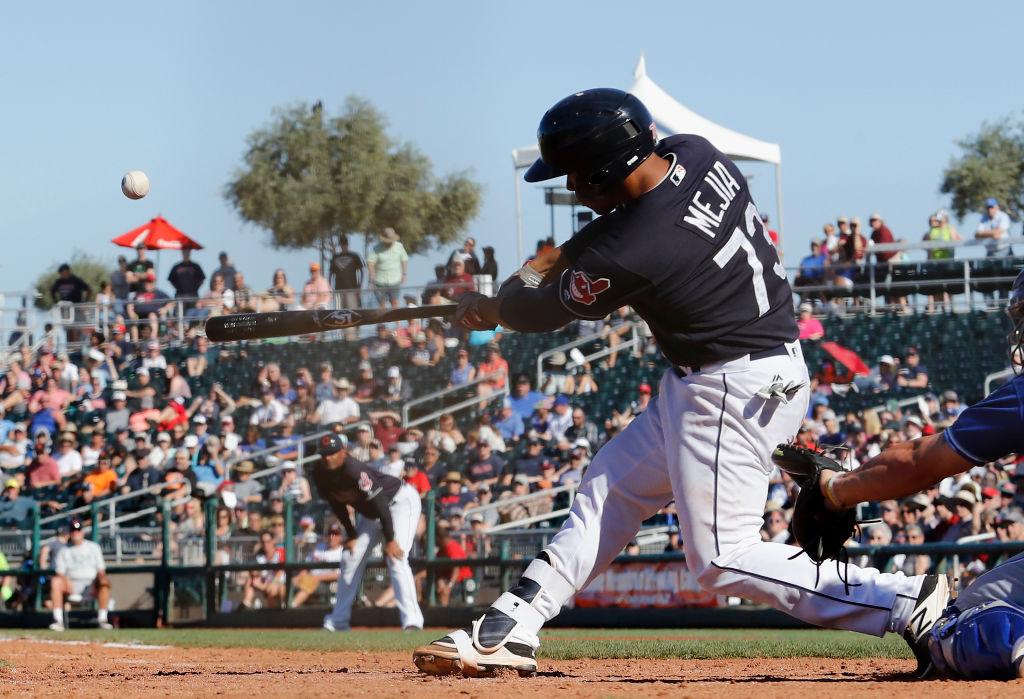 Consistent power hitting catchers can be difficult to find.

As the trade deadline approaches, teams in contention that have a catcher that can hit the ball out of the park perennially will field many phone calls and texts.

Looking at the major league leaderboards for qualified players this season in slugging percentage, the best catcher,  Salvador Perez of the Royals, ranks 37th. He also leads catchers in ISO at 38th place overall.

It’s even rarer to find a catcher who can both hit and stay at the position long-term. Since the start of the 2010 season, the only two catchers who have posted 2,000 or more plate appearances and a 110 wRC+ or better are Buster Posey and  Jonathan Lucroy. Others, such as Brian McCann (110 wRC+), Yadier Molina (109), Carlos Ruiz (108), Alex Avila(108) and Russell Martin (107) are also above-average but are aging fast. Aside from Avila, who’s 30 years young this season, the rest are at least 33 and unlikely to be comfortably above average for much longer.

Enter Francisco Mejia, one of the top prospects in baseball. He is looking to add his name to this list as we approach the end of this decade. After signing with the Indians in 2012 out of the Dominican Republic, Mejia has had quite the journey through the club’s farm system. A rare international sign who started playing stateside right away, he was very nearly a member of the Milwaukee Brewers.

Of course who can forget the infamous “trade that never was” when the Indians agreed to send a package of four prospects, headlined by Mejia, to Milwaukee, in exchange for Lucroy. The deal was declined when Lucroy invoked his no-trade clause and was eventually traded to the Texas Rangers.

This was before Mejia really started to open eyes around baseball. The Indians made it to the World Series anyway, and got to keep a prospect who Eric Longenhagen of FanGraphs this spring called “arguably the best catching prospect in all of baseball.” That was after a 2016 season in which he put together a historic streak in Single-A ball (more on that in a minute).

This year, he opened the season with the RubberDucks, and led the Eastern League at .339 at the All-Star break.

Being a starter was an important. One of his Akron teammates, Yu-Cheng Chang, is also 21, but the rest of the Western Division starters were all at least 23, and most were at least 25. Mejia and Chang are ahead of the curve.

Mejia’s hitting streak with Lynchburg and Lake County last season had people talking. In that run, which ran from May 20 of last year until Aug. 14, he slugged 10 home runs and 15 doubles between the two levels. It was the longest hit streak in the minors in 62 years.  It ended  on a diving outfield catch that ended the game.

Hitting streaks aren’t out of the ordinary for Mejia, who hasn’t faced any major slumps in his ascension to and through Double-A. He had a 10-game run this June, where he went 19-for-40 with five home runs. It hasn’t gone unnoticed. ESPN’s Keith Law had Mejia ranked as baseball’s 18th prospect overall to start the season, but bumped him up to sixth in his midseason rankings. Baseball Prospectus ranked him third on its midseason list, a jump of 31 spots from his preseason ranking of 34. The specific ranking isn’t as important as how much he’s been moved up, a sign that evaluators see growth in his game.

It’s behind the dish, however, that the farm system is looking for him to continue to improve.

His arm has never been a question.  For his minor league career, he has thrown out 33 percent of baserunners, which is an excellent figure. The major league average this season is 27 percent.  Heading into the 2014 season, MLB.com’s prospect team graded his arm as a 70 out of 80 on the 20-80 scouting scale, which is star level. It’s the other aspects of his defensive game, particularly his receiving, that he has continued to improve. Just two years ago in Low-A, he made 14 errors and allowed 16 passed balls. This season at Double-A, he’s allowed just five errors and seven passed balls. (Keep in mind that the minor league regular season ends at the end of August, so he’s far closer to the end of his season than the major leaguers are.)

While Mejia continues to improve on the field,  he’s gotten a lot of experience in the past week alone. Along with being named an Eastern League all-star, Mejia played in the Futures’ Game in Miami as a part of MLB’s all-star weekend. It was the second such event for Mejia;  he made his Futures Game debut last season, knocking a single and scoring a run in relief of World starter Gary Sanchez, who has since gone on to  the Yankees. In Miami this season, Mejia  was the starter. He caught six innings, and scored after reaching on an infield single.

The Indians have had strong hitting catchers before; Victor Martinez spent his best seasons as a catcher by Lake Erie, and in Carlos Santana’s four seasons as a catcher, he hit 92 homers, topping 20 homers in three of those seasons. But starting in 2015, he traded in his catcher’s mitt for a first baseman’s.

It won’t be long until Mejia moves on to Columbus. And while Terry Francona seems committed to Gomes and Perez for the balance of this season, Mejia could put himself in line for a September call-up if he finishes his season with a flourish. His game still needs a little bit of polish, but there is plenty for a young player to learn on the bench in the middle of a pennant race, and it can’t hurt for him to get to know the team’s pitchers outside of the relaxed environment of spring training.

Mejia’s talent is obvious from his stats and prospect ranks. Scouts and evaporators throughout baseball regard him as an impact future big league catcher, and he has proven them right so far.

If the Indians decide to trade him before Monday evening, they better get a big haul in return.