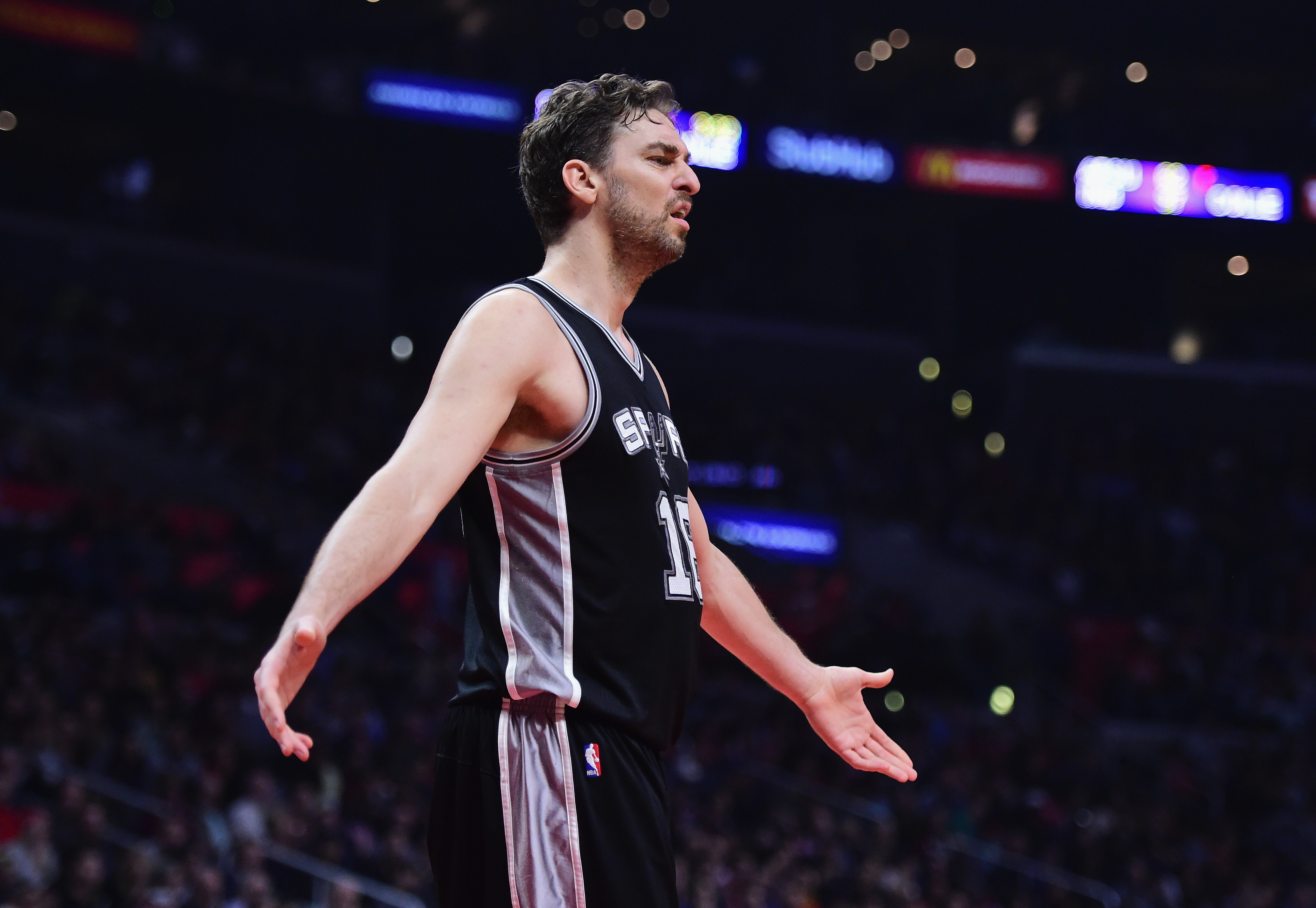 The San Antonio Spurs recently signed four players to contracts in Pau Gasol, Rudy Gay, Brandon Paul and Joffrey Lauvergne. Though the Spurs do not announce terms of contracts per team policy, Eric Pincus of BasketballInsiders.com was able to provide some of the information on the Spurs’ recently signed deals.

According to Zach Lowe of ESPN.com, Gasol will be guaranteed $6.7 million in the final year of his deal if he is waived at any time during the tenure of that contract. So, another way to look at Gasol’s deal is $39.5 million for 3 years, if San Antonio were to waive him in that final season.

Like Gay, Lauvergne will have to decide next summer by June 27, 2018 if he’ll exercise or decline his player option of $1.6 million for the 2019 season.

If Paul make it past his first two seasons with the Spurs, then San Antonio can make him a restricted free agent in the summer of 2019 if they tender him a qualifying offer of $1.8 million.

Ginobili and Mills haven’t officially been re-signed by the Spurs at the moment, but those contracts should become official in the near future. Even when the team announces their signings, it’ll still take some time before Pincus obtains their specific contract details.

The Spurs will be in an interesting situation heading into next summer with only Kawhi Leonard, Gasol, Mills and Derrick White under guaranteed contracts. The Spurs opening max space for a free agent in 2018 hinges on the decisions of LaMarcus Aldridge, Danny Green, and Rudy Gay, and whether those three players will exercise or decline their player options next summer. Should one of those players exercise their player options next summer, San Antonio might have to look at seeking a trade partner for Gasol’s contract, or waiving the final two years of his deal.

Still, it’s very early to tell in the beginning of August in 2017.