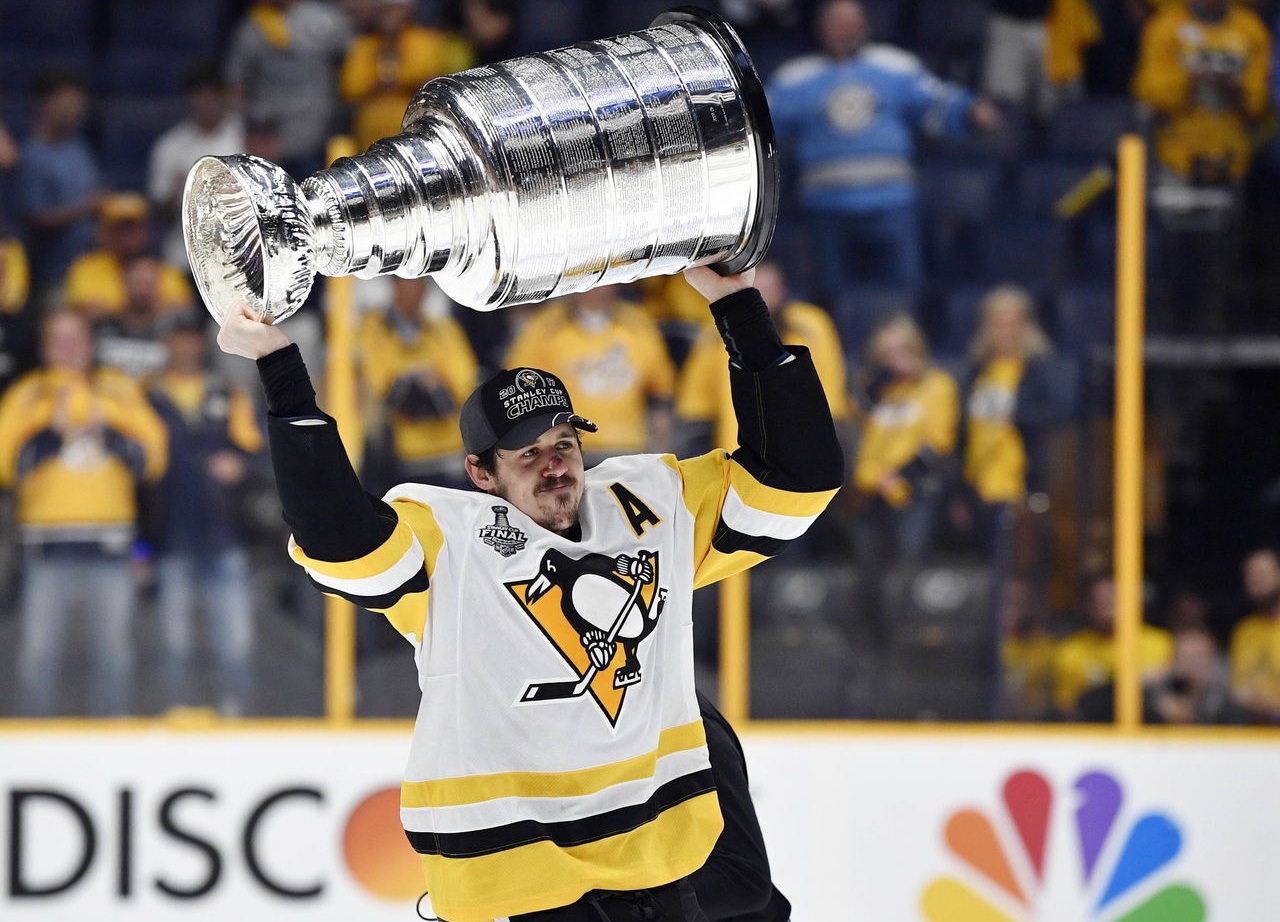 Sure sounds like a player who only cares about scoring and someone the Penguins are looking to trade every summer doesn’t it?

A guy who doesn’t want to play in North America and would head back to Russia as soon as his NHL contract expires; maybe even before it expires, like Radulov and Kovalchuk and Datsyuk.

Of course we’re talking about a Russian player, an enigmatic Russian, the long-time alternate captain of the Pittsburgh Penguins, number 71, Evgeni Malkin.

See, if you only read reports from large news-disseminating organizations who always seem to have a subtle anti-Malkin itch to scratch every summer, you would have nodded quietly in agreement with these opening statements. And you would have fallen right into the trap.

The trap of Never Let Facts Get in the Way of A Good Story.

As we join with the apparent minority of the hockey world in wishing Malkin a happy 31st birthday today, let’s flip open the journal.

2006-2008 – Malkin at 20, announces his arrival emphatically to the NHL with his signature twisting, turning, falling, glass-punching “Shades of Mario” goal before a national TV audience. It was his fourth career NHL game and he had scored in all of them. Eight nights later in Los Angeles, Malkin set a modern league record by scoring in the sixth straight game from the start of his career. For good measure, he scored the overtime winner for seven goals in six games. He easily won the Calder Trophy as rookie of the year finishing with 33 goals and 85 points as the Penguins returned to the playoffs after a six-year absence.

Undaunted by how high he had set the bar in his freshman campaign, Malkin scored 47 goals and 106 points in 2007-08, leading the Pens through a tough stretch of winter when Sidney Crosby was shelved with a high-ankle sprain. Yet after Pittsburgh fell to Detroit in the Stanley Cup Final, some grumbled about Malkin slumping. He scored 22 playoff points but only three in the Final.

That summer, an annoying annual tradition began amongst hockey media and armchair bloggers, known as, “Where should Malkin be traded?”

Some “sources” said the Penguins were going to trade him to the Kings for Mike Cammalleri and the number 2 draft pick (Drew Doughty).

Thankfully, Malkin had said all along that he wanted to remain a Penguin and signed a five-year extension days after these rumors broke.

2009 – Advocates of the summer tradition took a reluctant break when they realized Malkin had dominated the season from start to finish, making the All-Star team (again), winning the Art Ross Trophy, the Conn Smythe Trophy and the playoff scoring race.

2010 – Four days after the disappointing second-round loss to Montreal, a local rag moved up the tradition into springtime:

“The Penguins won’t trade Crosby, who aside from being team captain is the franchise’s face. Malkin, already a scoring champion and playoff MVP at 23, is the guy to shop.

Shero should start making calls to his contemporaries, and his first words should be: ‘Make me an offer for Malkin.'”

It was surreal to read these words considering the Montreal series was truly Malkin’s first poor playoff round, yet a lot of Penguins underachieved that spring. No trade return for Malkin, 23 years old with four years left on a contract he would easily outperform, would have been fair value.

2013 – Everything old was new again, including trading Malkin to the Kings – for Jonathan Bernier (!!!) and Anze Kopitar. As in the summer of 2008, Malkin was a year away from the expiration of his contract and there was retroactive chatter about how he, Alex Ovechkin, Datsyuk and Kovalchuk were planning to continue playing in the KHL had the NHL lockout lasted into February.

Or … alternatively, maybe the NHL would have cancelled the season had the lockout lasted into February, freeing up all NHL players, Russian or otherwise, to play in other leagues…

Before the summer even started, Malkin did what he does best: silence the critics, signing a $76-million, 8-year extension to stay in Pittsburgh through 2022, his age 35 season. Like Crosby, who a year earlier had signed a similar “lifetime” contract, Malkin would essentially be a Penguin for life.

2014 – However, even his newest contract with Pittsburgh couldn’t, just could NOT, kill the annual summer tradition. In this Malkin-for-Ovechkin trade speculation gem, a six-point rationale explains why the trade would make sense, yet like an Ouroboros eating itself, the writer destroys his argument in point #3, praising Malkin and describing why the Pens succeed with 87 and 71 on different lines:

“Malkin is better than Ovechkin at making others around him better – and Malkin plays his best sans-Crosby. As dynamic a talent as Ovie is, he’ll never be mistaken for a complete player. On top of the defensive deficiencies, he has assisted on just 27 goals all season. Malkin is more capable of controlling the flow of a game. His most dominant season was arguably 2011-12, when he tallied 50 goals and 109 points, won the Hart and was widely considered the best player on the planet. That came in a year when Crosby played just 22 games. ‘Geno’ has never needed Crosby’s help to dominate and they have rarely been linemates, anyway.”

Malkin for Eric Staal. People “around the league” note Malkin was unhappy.

2016 – As late as last spring, LAST SPRING, when the Penguins were about to win the Stanley Cup, veteran insiders who should know much better, were still beating the long-since desiccated, dead, ossified horse – that the Penguins were looking to trade Malkin.

Perhaps some have forgotten, or choose to forget the lengths Malkin went through to realize his dream of playing in the NHL. After declaring that he was going to play in the NHL starting in 2006, the management of his Russian League team, Mettalurg Magnitogorsk, nonetheless harassed Malkin and his family in his own house, coercing Malkin to sign an extension, not leaving the house until nearly 3 a.m. Caught up in the war between the NHL and KHL over mutual recognition of each other’s contracts and fair compensation for star players, Malkin fled – at great risk to himself and his family – when Magnitogorsk played an exhibition series in Finland. He secretly flew to Los Angeles, before coming to Pittsburgh.

He went through hell to get to Pittsburgh, yet every summer, some are trying to make it seem like he’s either leaving town or getting run out of town.