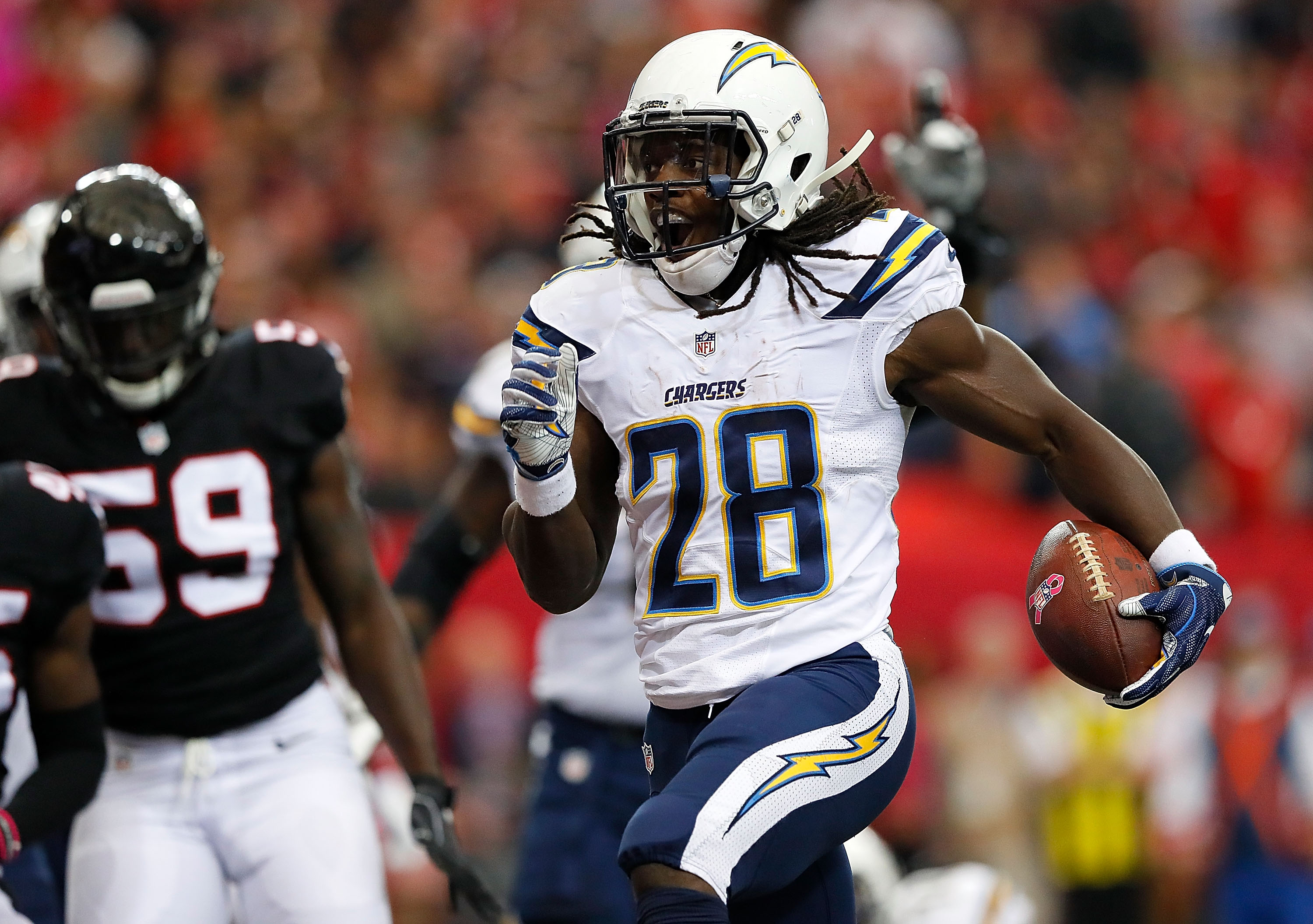 What happens when you ask a bunch of different Chargers writers the same questions? Do you find similarities in their answers or does each offer different insight into the subjective reality of the Los Angeles Chargers?

1. What are the Chargers biggest weaknesses headed into the season?

Austin Gayle: Though it’s almost unfair to label injuries as a weakness for any team, the Chargers have caught a persistent, vicious injury bug and just can’t seem to swat it. Keenan Allen, Jason Verrett and Melvin Gordon have all struggled with injuries far too often, and now their first-round pick Mike Williams is joining the party.
The Bolts own one of the more talented rosters in the NFL, but such a roster only looks good in between the sidelines, not on them…
Jason Reed: I think the biggest weakness has to be how thin they are in the secondary. While I think the starting unit can definitely hold its own and put the team in a situation to win, last season we saw just how thin they were. With Jason Verrett out most of the year, the team really struggled. It wasn’t so much that they were bad statistically, it was just as the game came down to the finish line the holes were exposed and opposing offenses exploited them.

Ross Warner: In terms of personnel, they are relying on a lot of guys not getting hurt that have been hurt many times in the past.  I can’t even get too worried about Mike Williams since he hasn’t played a down for the Bolts.  I do question Tom Telesco using the 7th pick in the draft on a guy who may have gotten hurt at the combine.  Usually, they BECOME Chargers before that happens.  Seriously, I was one of the people who wondered why they went for a receiver at that spot.  But when you consider how many games Keenan Allen (who was only available for the Bolts because of HIS injuries at Cal), it seemed like it wasn’t such a bad idea.  When Lamp and Feeney fell into to their laps, the Williams pick suddenly seemed genius.  That is unless he’s as injury prone, if not more, than Allen.There is also the question of how being the team that left San Diego will affect them.  It kills me that Dean Spanos moved the team.  However, more seasons of being in limbo weren’t helping anybody…

I totally understand San Diegans wanting their former team to fail in every way, but I think a fresh start could help.  The Colts won a Super Bowl after leaving Baltimore and the former Browns won two after they filled the void left behind by the Irsays.

2. What are the Chargers biggest strengths?

Austin Gayle: The Chargers’ front seven stands out as the team’s biggest strength. Of course, Joey Boss and Melvin Ingram are the two stars among the group, but improving inside linebackers Jatavis Brown and Denzel Perryman and veteran defensive tackle Brandon Mebane fall close behind the two menacing edge-rushers.
On the offensive side of the ball, quarterback Philip Rivers has been and will continue to be a strength for the Chargers, as will the tight end position with Antonio Gates and rising star Hunter Henry.
Jason Reed: The biggest strength has to be the revamped offense if it can stay healthy. Forrest Lamp in the second round had to be the best draft pick in the entire draft, with Dan Feeney being a great third round pick as well. Bringing in Russell Okung was huge, and now, Rivers finally seems to have a line that can protect him… We saw last year when Rivers and the passing game played good Gordon ran the ball good. Again though, if healthy.

Ross Warner: Anthony Lynn hasn’t coached a game for the Chargers but the fact that he’s not Mike McCoy already makes him a strength.  Seriously, Mike McCoy’s absolute refusal to ever learn that trying not to lose isn’t going to help you win was undeniably holding this team back.  In fact, he was a bigger deterrent to winning than all the injuries, in my opinion.Again, I think a fresh start will help.  However, I get a little worried when I already see a lot of pundits picking the Bolts as their sleeper team.  Philip Rivers is only a strength if he cuts down on the interceptions.  Of course, those passes were caught by Vincent Jackson, Malcom Floyd, and Keenan Allen.  But since none of them were out there last year, they were interceptions often returned for touchdowns.  The fact that they overhauled the offensive line was a good thing, although Joe Barksdale’s contract makes it nearly impossible to unload his sorry ass.  Not only does he suck, but bailed out on attempting to recover fumbles in Atlanta and Denver.  If you’re Cam Newton in the Super Bowl, you hear about it.  But when you are an albatross around the necks of the NFL’s biggest and worst-graded line, only people like me harp on it.

3. What are your biggest questions heading into the 2017 Chargers season?

Austin Gayle: To avoid sound redundant, I will avoid asking about the health of the Chargers’ roster and instead ask if this team can rally beneath new head coach Anthony Lynn in clutch moments to outplay the top teams in their division?
All three opposing teams in the AFC West are going to pose as threats to the Chargers’ playoff aspirations. As such, a playoff berth will likely be determined by just a few points, plays, minutes, or even moments. Will Los Angeles rise to the occasion? Or, will they let their potential crumble on top of them?
Jason Reed: My biggest question is how this move to LA is going to pan out. Being a Dodger fan and closer to LA than San Diego, the move is more convenient for me. However, I think that having an NFL team play at the StubHub Center is an absolute joke. Dean Spanos seems to be pinching pennies in any way that he can and it just sickens me. Personally, I am not hurt too much emotionally by the move, but I am hurt in the aspect that it just doesn’t make sense. But, the NFL is a business after all, so I am just curious to see how this all pans out – especially with more Raider fans in LA than Charger fans.
Ross Warner: I’m most concerned about the young guys.  Can Melvin Gordon, from whom so little was expected after an awful rookie season, take the next step.  He had some awful fumbles against the Saints and Raiders.  Can he wrap up the ball and can he stay healthy?  Jason Verrett hasn’t been able to stay on the field either.  Casey Heyward was great in his absence, but Verrett is the key.

4. What are you most excited for in the coming Chargers season

Austin Gayle: As a lifelong Raiders supporter, I’m not too excited to see the Chargers have success in 2017. However, I am excited to see their young stars (i.e. Bosa, Henry, Brown, Gordon, Watt) continue to develop into notable players in the NFL. I can’t get behind the Bolts, but I can get behind their talent.
Jason Reed: I’m most excited to see an entire season of Joey Bosa and our pass rushing. I would say that I am most excited to see a playoff run, as I think they are capable of doing so, but I’ve learned as a fan to not get my hopes up. Therefore, Bosa and company have to give me the most excitement this year. We all saw what Bosa alone did in just 12 games last season. Now, we get a full season of seeing Bosa, Luiget, Ingram and others all working together. There will be fireworks and it will be fun to watch.
Ross Warner:  … I’m most excited to see how they respond to being hated in San Diego and largely ignored in Los Angeles.  If they win, the latter will change.  Of course, the story of being a Charger fan is being excited for something and then having it wiped away…
The Chargers already began training camp. Follow Ross Warner, Jason Reed and Austin Gayle for more Chargers news and insights.