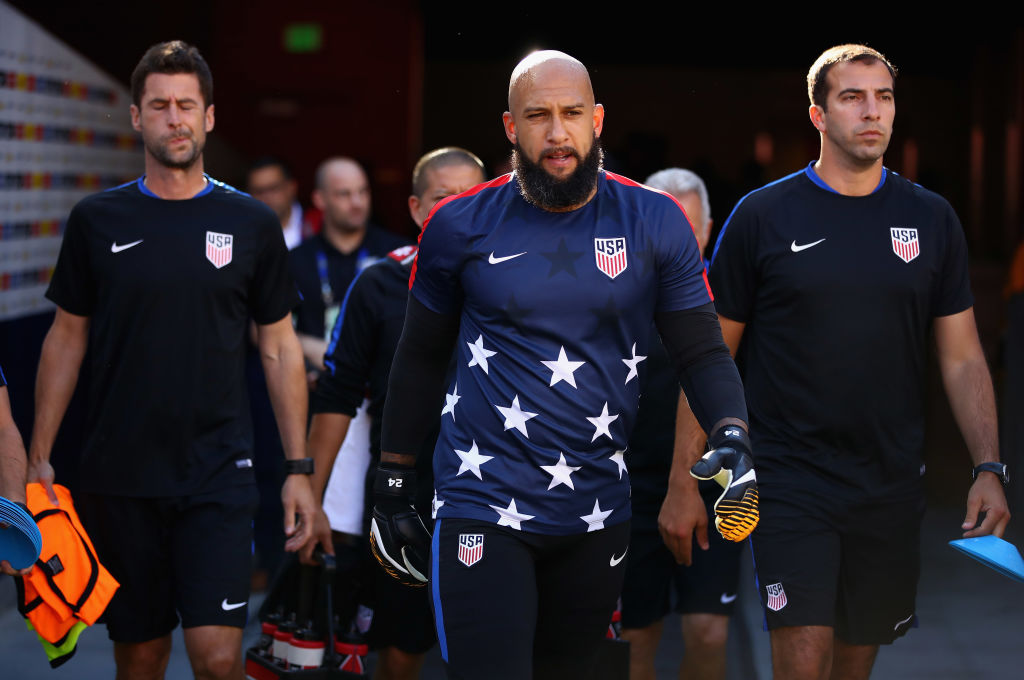 With the U.S. Men’s National Team’s victory in the Gold Cup final over Jamaica, they capped off a successful seven months of competition. Since taking over as manager, Bruce Arena has gone 14 games without a loss, reviving the Americans’ World Cup chances for a trip to Russia in 2018. Arena has shown himself to be precisely what was hoped for when he was hired: a steady pair of hands to stabilize a program that by most accounts had lost its compass and was headed towards an uncertain future at best. After the Gold Cup win, Arena seemed satisfied with their progress but admitted there was much work to be done moving forward.

There are four more matches left for the Americans in their qualifiers. They have a home match against Costa Rica on Sept. 1, are away in Honduras on Sept. 5, home again on Oct. 6 against Panama and finish in Trinidad and Tobago on Oct. 10. With the U.S. currently in third place — a point ahead of Panama and trailing the second place Ticos by three points — each match is critical. In order for the USMNT to “close the deal” and qualify, there are a few things to look for from Arena’s squad.

Veterans Set to Return to their Starting Positions

While advancing past the knock-out stage of the Gold Cup, the team was less than impressive.  This clearly caught the eye of the manager, who took advantage of a rather liberal tournament rule and made some key changes to his squad, recalling his veterans while returning others to their MLS teams.

It was clear as the tournament advanced that veterans such as Tim Howard, Clint Dempsey, Michael Bradley and Jozy Altidore were needed on the pitch, and any notion of a successful American “B” team had evaporated. Look for the team’s veterans to be front and center for the remaining World Cup qualifiers.

While the Gold Cup supposed to showcase the U.S. team’s depth, there were only two players deserving of a permanent roster spot.  One was Jorge Villafana, who has quickly risen from obscurity to a potential starter at left back. The other is Kellyn Acosta, though he seemed to struggle a bit in the Gold Cup when more responsibility was placed on him and expectations rose. But he still might receive a spot on the USMNT roster with the understanding that he’ll improve as he gains more experience, given that he was a nice complement to Michael Bradley in the midfield.

While other players such as Darlington Nagbe, Paul Arriola and Kelyn Rowe seemed to have shown improvement, they don’t seem to be ready for international competition.

The U.S. defense has been much improved under Arena, conceding just eight goals in his 14 matches in charge. But half of that total has come from set pieces, including Je-Vaughn Watson’s equalizer early in the second half of the Gold Cup final. With the Americans normally having the advantage in height and athleticism in most CONCACAF matches, expect the coaching staff to be working with John Brooks and Geoff Cameron upon their return to the USMNT on denying set piece opportunities to the opposition.

Pulisic is clearly a game-changing talent and has shown a comfort level in pressure situations — like the World Cup qualifier against Trinidad and Tobago last June — that belies his age. But he can’t be expected to deliver such quality in every match, and there might be some games when he’s not on the field, with other players needing to step up.

Nagbe is a candidate, but he’s much more of a possession-focused player, and he lacks Pulisic’s killer instinct in the final third. Fabian Johnson is another possibility, but he has looked ineffective in his U.S. appearance this year. Of course, Dempsey has been a stalwart for the team for years and is certainly an option. But at age 34, his playing minutes are expected to be limited, and the U.S. would do well to develop other options.

The “Swagger” is Back

The U.S. is in a much better place mentally than at the start of the year, having gone unbeaten in their 14 matches since Bruce Arena took the helm. There is an air of optimism that has permeated the U.S. squad — and a steely resolve as well. Although the results under Arena have largely come against CONCACAF opposition, the World Cup qualifiers were accompanied by immense pressure and the U.S. has responded. The game against Mexico at the Estadio Azteca marked just the third time the U.S. had avoided defeat there in a World Cup qualifier.

The trickiest part of the U.S. team’s revival, however, lies ahead. September will bring a home qualifier against Costa Rica followed by an always-difficult road match in Honduras. Four points has been the goal during each of the past two sets of qualifiers, and both times that happened. Doing that should be enough to create some separation from the other contenders for the third and final automatic qualifying spot, at which point the U.S. team’s revival under Arena will be well under way.