Kristaps Porzingis on Knicks' future: "I hope to stay there my whole career." 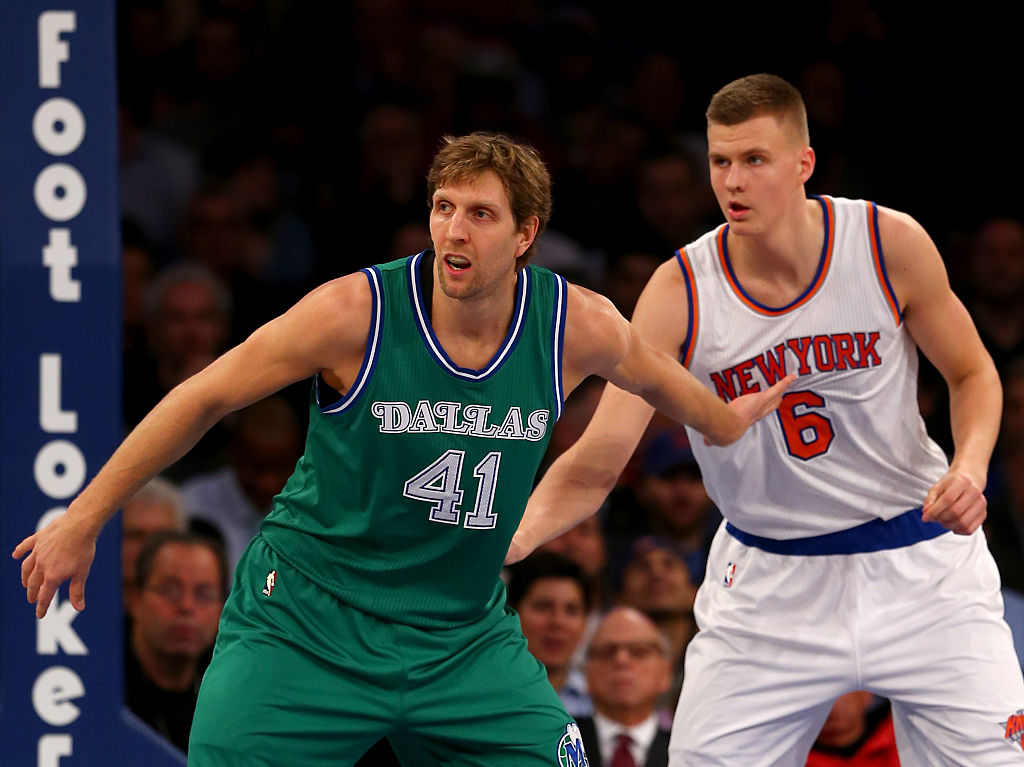 Kristaps Porzingis on Knicks' future: "I hope to stay there my whole career."

Perhaps Mindaugas Kuzminskas was on to something when he said all was in good in the world of Kristaps Porzingis and the Knicks. Speaking to NBA.com in preparation for the upcoming NBA Africa Game, the 22 year old Latvian not only confirmed his friend’s suggestion, but took things a step further.

Discussing his future in New York, Porzingis said, “I hope to stay there my whole career, so as a city we can have some fun and win some games and do something big. For me, it’s now home.”

The young gun was appreciative of Carmelo Anthony’s dedication as a teammate and would enjoy continuing to play him in the future. Still, Porzingis himself is widely recognized as the centerpiece of all the Knicks’ future goals and dreams for success. He, too, has high hopes as his career continues. “I can envision (a championship someday) and see it. But we’re still a long way from there. As we get better, if we can all see that goal at the end and work towards it, anything can happen.”

With Porzingis set to continue flourishing in quite the spotlight, he knows overall improvement is imperative. In revealing what he has been working on this offseason, Porzingis added, “My game is inside and out. I want to keep it that way so I worked a lot on my shooting, and my post game, which I know I can get better at. A lot of time was spent and will be spent in the weight room. I want to be able to take contact and be ready for all kinds of situations. All that coming together will help me come together as a player.”

Of course, the big man’s first chance to put such skill and hard work on display will come this weekend in Africa. Porzingis will join forces with the likes of Dirk Nowitzki, Kyle Lowry, DeMarcus Cousins, and Knicks’ teammate Courtney Lee as “Team World” takes on a “Team Africa” squad that is headlined by Joel Embiid, Dennis Schroder, and Serge Ibaka.